Users reported widespread issues with ABC's web broadcast, after it unexpectedly pushed the debate back 30 minutes 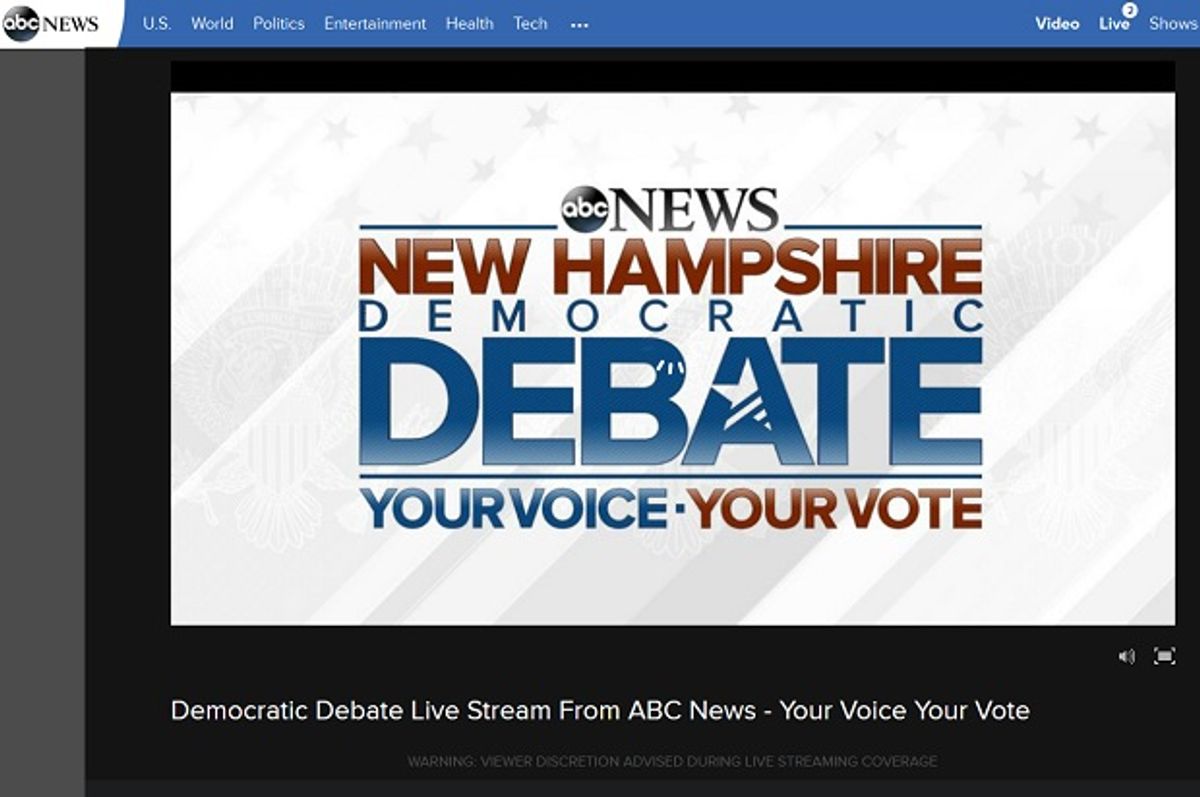 Critiques of ABC's internet broadcast of the final Democratic presidential debate before the primaries flooded social media on Saturday night.

Journalists and progressive public figures already criticized the DNC for holding the critical New Hampshire debate on the Saturday night before Christmas.

ABC also unexpectedly pushed back the debate from 8pm to 8:30pm, despite advertising the former time for days.

When the debate finally started, users across the U.S. reported widespread skips and freezes in ABC's web live-stream.