When it's good, it's great. When it's bad, it's really bad. Here's how to keep your sex life healthy and happy 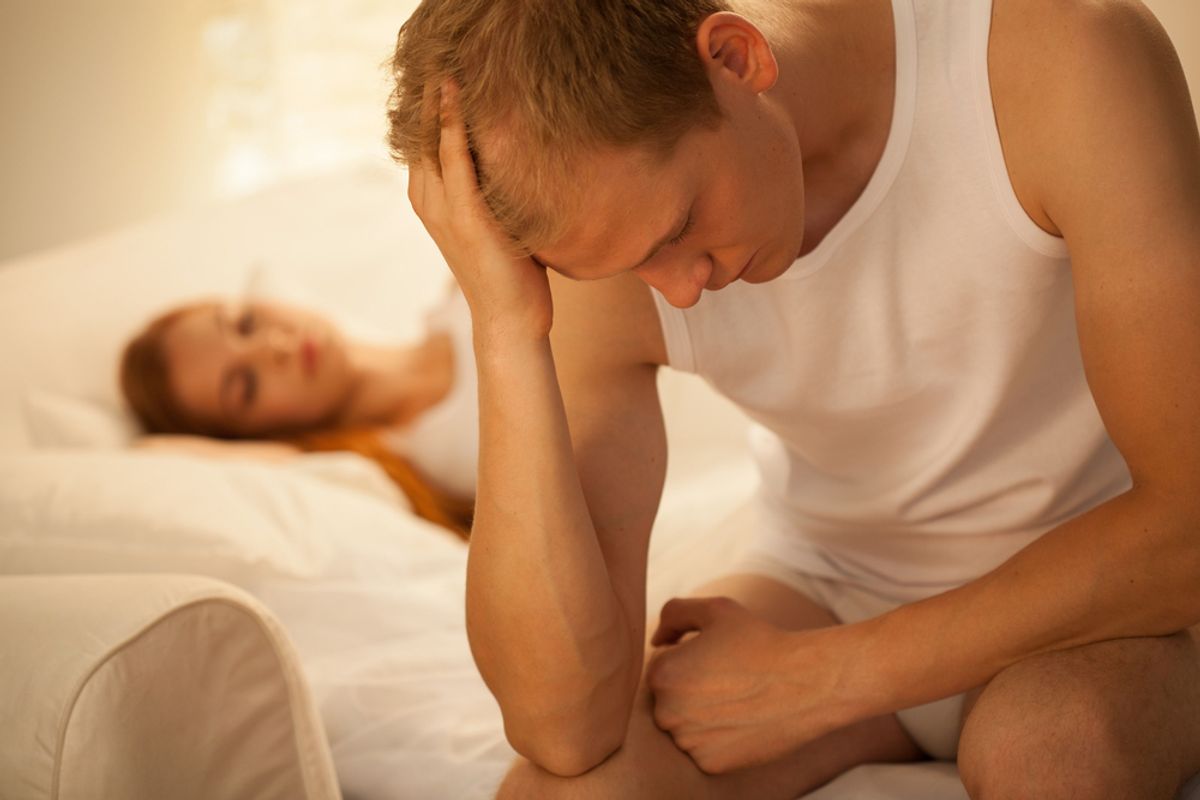 Sex is a messy beast. When it’s good, it’s great, and when it’s bad, it’s really bad. Luckily, most negative encounters can be improved with a modest dose of information. That's why we've compiled our list of seven bad things that can happen during sex. If you find something really turns you off, chances are you’re not alone. Check it out to see you can relate.

Most women really enjoy oral sex. Unfortunately, not enough of them are getting it. Certain sexual trends would suggest it’s easier for a girl to wrap her lips around a dick than for a guy to place his head between a lady’s legs. But we all know that’s not true. Refusing to go down on a girl not only robs her of a perfectly good chance to have an orgasm, it implies there’s something you don’t like about her. If you’re a sexually active person, it’s my understanding you should be able to stomach any kind of ick factor that may arise. Sexual maturity doesn’t just apply to the body. Besides, guys seem willing enough to go in there with their penis. Why not a tongue? Going down on a girl is a sign of a great lover. Who would go out of their way to pass up that title?

2. They’re insecure about their bodies.

Sex is something you want to experience with all senses: sight, smell, taste, etc. So it can get a little awkward when one partner is reluctant to let the other fully experience them in that way. Besides, the way you feel about yourself and your body carries over into the way you present yourself, the way you move. Psychologist Alexis Conason explained to AlterNet, “I think the biggest detriment to healthy sexual functioning is the anxieties and insecurities you may have about your body. Have that shame and self-consciousness, that’s what really prevents people from having enjoyable sex lives.” So relax, if someone is sleeping with you, it’s likely that they’re enjoying your body. Even the areas you’re not so crazy about yourself.

3. They can’t laugh about the little things.

Sex therapist Susan Block says, “Sex should be a comedy, not a tragedy.” Because let’s face it, sex can be kind of strange and a little gross. There are body fluids flying all over the place. Sometimes a fart sneaks out, maybe a queef. I once had a partner who would get so sweaty in the sack beads of sweat would fall from the tip of his nose and into my eyes. It stung. But these things happen, and it’s comforting to know you’re not experiencing them alone. If your partner isn’t willing to embrace these incidents, you’re probably going to feel prettying alone in addressing them. If you’re already having sex with someone, why not try bonding with them a bit in the process?

This may strike some as a female-specific issue, but I promise, unlubricated sex isn’t much fun for anyone. It's true, women do produce a natural lubrication, but sometimes, it’s not enough. And forcing penetration is never a good idea. It’s uncomfortable, it can cause tearing and it puts a pretty big damper on something that should be fun and pleasurable. Maybe you’ve had a few too many drinks. Maybe stress is preventing your brain and body from fully communicating. Or maybe you have absolutely no clue as to what’s going on. Don’t worry. It’s possible that it’s just not a great time for sex to take place. If you are in the mood, however, don’t be afraid to hit up the local pharmacy. Sex and relationship expert Emily Morse once told AlterNet, “My dream is to have a lube on every nightstand.”

If the one-night-stand has one ally, it’s the bar. It’s almost amazing to see how quickly alcohol can help facilitate the late-night hookup. Alcohol lowers our inhibitions, which makes talking to someone you find attractive (or whatever) a whole lot easier. And besides, it’s not like the bar can stay open forever. Sometimes it’s fun to take the party home with you. If sex is part of that party, however, it’s probably a good idea to watch how you much you drink. The only thing worse than bad sex is not remembering good sex.

Everyone is different and it’s impossible to decode someone's likes and dislikes without talking to them. Sex is weird enough. So please, do yourself and your partner a favor and verbalize what you want to do before someone gets an elbow in the face, or worse, before you finish without getting your partner off. Because really, nobody wants to play the clown in someone else’s sex story.