Could air pollution contribute to the obesity epidemic?

Dirty air is thought to cause a number of negative reactions in the body, including metabolic disorders 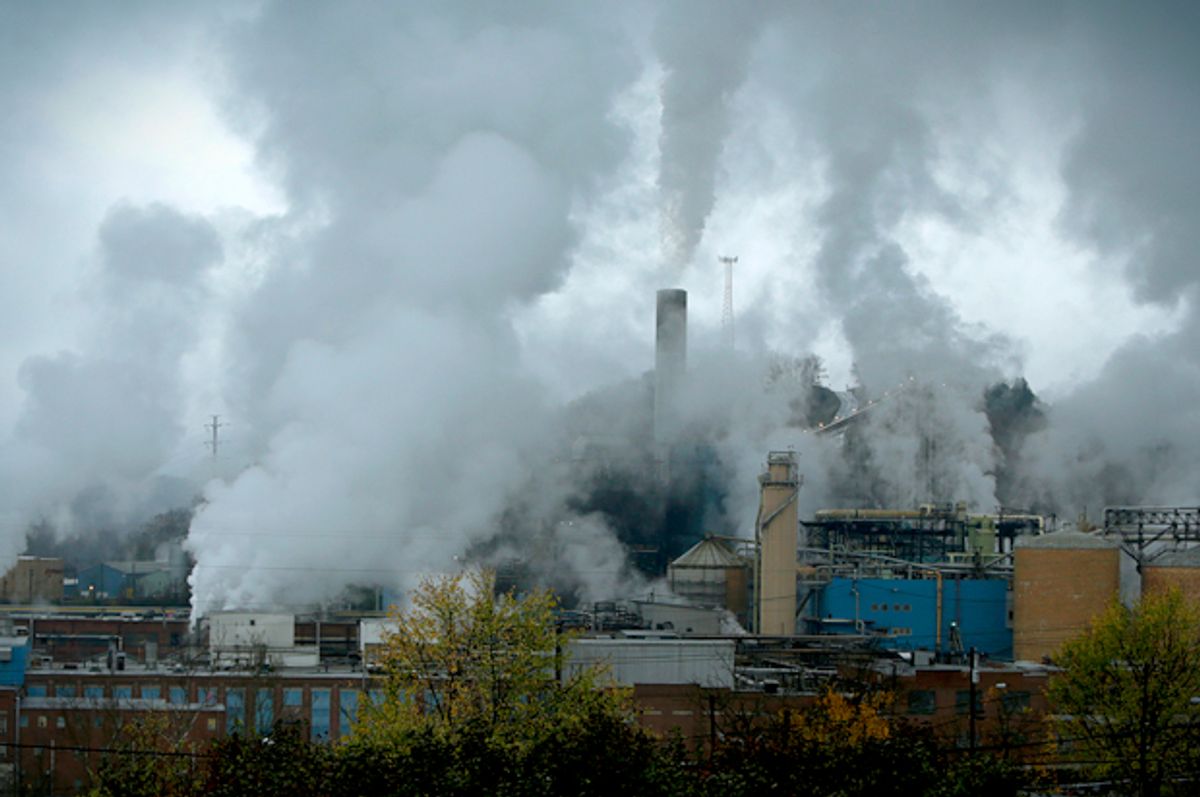 Researchers are studying whether air pollution could be contributing to the obesity epidemic, and the news is not good for city dwellers and secondhand smokers. Increasingly, it looks like two people can have exactly the same diet, and perform the same amount of exercise, but one may put on more weight depending on the air quality around their home.

The tiny particles that lodge in the lungs from smog and cigarette smoke appear to be the culprits in more than just respiratory diseases, according to researchers, who are looking into the effect that increased CO2 levels might have on metabolism.

A researcher at Ohio State was studying the effects of air pollution on mice in hopes of understanding why urban residents have higher levels of heart disease, when he stumbled on the weight gain connection. From the BBC:

After just 10 weeks, the effects were already visible. The mice exposed to the air pollution showed greater volumes of body fat, both around the belly and around the internal organs; at the microscopic level, the fat cells themselves were around 20% larger in the mice inhaling a fine mist of pollutants. What’s more, they seemed to have become less sensitive to insulin, the hormone that signals to cells to convert blood sugar into energy: the first step towards diabetes.

Air pollution is thought to cause a jumble of negative reactions in the body. As the BBC explains:

When we breathe in, the pollutants irritate the tiny, moist air sacs that normally allow the oxygen to pass into the blood stream. As a result, the lungs’ lining mounts a stress response, sending our nervous system into overdrive. This includes the release of hormones that reduce insulin’s potency and draws blood away from the insulin-sensitive muscle tissue, preventing the body from tightly controlling its blood sugar levels.

The tiny irritating particles may also unleash a flood of inflammatory molecules called “cytokines” to wash through the blood, a response that also triggers immune cells to invade otherwise healthy tissue. Not only does that too interfere with the tissue’s ability to respond to insulin; the subsequent inflammation may also interfere with the hormones and the brain processing that govern our appetite, says Michael Jerrett at the University of California, Berkeley.

Large scale studies of human beings suggest that the connection between air pollution and metabolic disorders is real. A study in Canada found that the risk of developing diabetes rose by about 11% for every 10 micrograms of fine particles in a cubic meter of air. A Swiss study found similar spikes in insulin resistance, hypertension and waist-size among people living where pollution was highest. Scientists are also studying the effects of air pollution on pregnant mothers as it relates to their children's weight. Abby Fleisch at Harvard Medical School has found that even in the first six months, babies of mothers living in polluted areas appear to put on weight more rapidly than those in cleaner areas.

Despite what seems to be a pretty clear trend, scientists do caution that there could be other contributing factors. In other words, city-dwellers, don't give up those healthy eating habits and exercise. But maybe buy an air purifier just in case.