"Salafi" does not equal "terrorist": Stop assuming all conservative Muslims are violent extremists

Vast numbers of Muslims identify with conservative, literalist salafism and live in peace alongside their neighbors 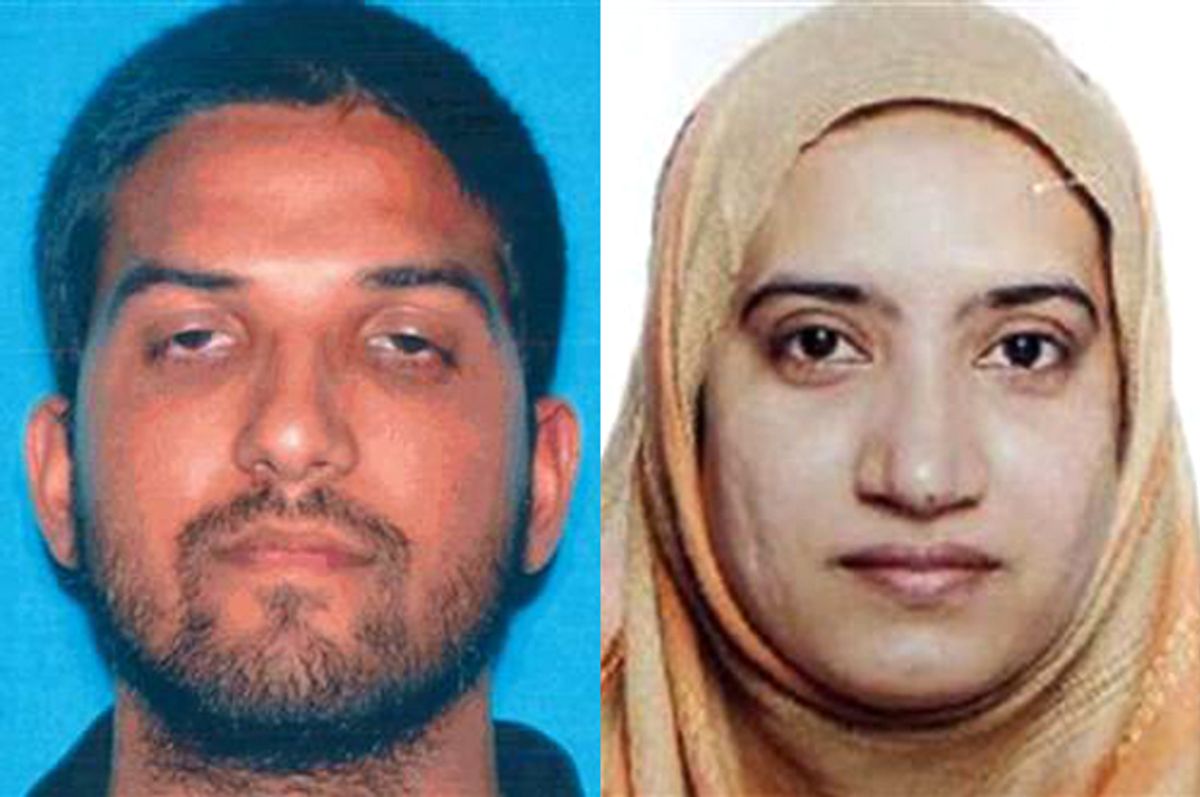 FBI head James Comey recently revealed that there’s no evidence to suggest that the San Bernardino shooters, Tashfeen Malik and her husband, Syed Rizwan Farooq, pledged allegiance to the Islamic State (ISIS) on social media for all to see before going on their killing rampage earlier this month, leaving 14 people dead and injuring 21 more.

Much of the broadcast media and the press obsessed over whether the shooters were Muslim and, once the perpetrators’ names and backgrounds were revealed, pondered out loud whether they had any links to ISIS. This apparently crucial information has become the deciding factor for Americans on whether to identify an act of violence as the kind of “terrorism” worth freaking out over or as just another “everyday shooting.”

Once Malik and Farooq were identified as having talked about “jihad” and “martyrdom” over private online messages, the usual panic ensued as pundits and “experts” debated and speculated over why Muslims would do such a thing. Reporters eventually dug into the two depraved lovers’ pasts, and found that Malik attended a teaching center in Pakistan called the Al-Huda Institute, headed by a notoriously insular scholar named Farhat Hashmi.

It just so happens that Hashmi’s brand of Islam is identified by most Muslim laymen as belonging to the more conservative and literalist end of a particular sort of Islam called salafism. This term has become the catch-all phrase for explaining the ideological roots of pretty much all Muslim terrorist groups—from al-Qaida, to ISIS, to Boko Haram.

Since the salafi movement (if it can be called that) is commonly (though unfairly) referred to as one that shuns all interpretations that it deems a deviation from how Islam was practiced in its earliest days, then, according to conventional wisdom, it must be the perfect ideological vehicle for the delivery of violence by those who, after all, want to create a utopia where every Muslim is alike and follows the “correct” brand of Islam. This correlation seems to make sense as it matches violent acts of exclusion with an ideology that also appears rather exclusive.

Yet of the vast number of Muslims in the world, a sizable chunk identify in some way with salafism. The vast majority of these Muslims live peacefully and aren’t violent. So what gives?

The truth is that though many Muslim extremists show some sort of affiliation with strict and conservative interpretations of scripture, it’s simply a logical fallacy to then conclude that all religiously insular Muslims are either terrorists or terrorists-in-waiting. There is no solid establishment of a direct link between religious conservatism/insularity and extremist political violence. It’s like the old, tiresome argument that says, “Not all Muslims may be terrorists, but all the 9/11 hijackers were Muslims.” So, in conclusion, our society must keep a close eye on these Muslims, for their religion is just too dangerous. This is a mistake.

When journalists reported that Mississauga, Ontario, was home to another branch of Al-Huda’s operations, and that several girls who attended the institute’s school even went to join ISIS in Syria, the ensuing scrutiny and negativity resulted in the organization shutting down for a day. The school’s ultra-conservative reputation necessitated in the public mind that it must have played some role in radicalizing violent extremists and their sympathizers. But there’s simply no concrete evidence to back up this assumption. The Amish and certain pockets of orthodox Jewry are all incredibly insular and conservative groups, but it’s not enough to send them on killing rampages in the name of their religion. There’s something else at work, possibly having to do with people’s personal and psychological health, as well as with how they view the world’s politics as related to their religion. Honest observers would admit that the search for the full details of how radicalization occurs with respect to Muslims is still ongoing.

What’s clear, though, is that the vast majority of salafis are quite happy to live peacefully alongside their neighbors. Most do not commit what’s called takfir, a forbidden practice of excommunicating Muslims whose particular beliefs don’t jive 100 percent with one’s own (and thus paving the way to OK violence against them). This point was recently made by Imam Zaid Shakir, one of the more respected voices among Western Muslims, and the co-founder of the United States' first Muslim liberal arts college, Zaytuna College.

“While the violence of ISIS, Boko Haram and similar groups is well-publicized,” he says, “the Alawi thugs defending the Asad regime, the Shiites of Hizbollah, who have flooded into Syria, the Iraqi Shiite militias and death squads that helped to push many Iraqi Sunnis into the ranks of ISIS, have all engaged in ghastly acts of violence. None of these latter groups would be described in any way as Salafis.”

This is true. It also points one to a more obvious point, which Shakir notes as well: “Hence, alienation, disenfranchisement, rabid sectarianism, a perceived threat to their very existence, or to the existence of an ally, as opposed to salafism, might be more insightful explanations for the violence of all of these parties and factions.”

Shakir, a noted Muslim scholar and activist, doesn’t identify as a salafi, but he’s cognizant enough of the danger of identifying a certain kind of Islam with extremist violence in an intrinsic way. If salafism truly is the ideological source of Muslim extremism, then one could argue that its practice ought to be severely limited, both publicly and privately, if not eradicated altogether.

This amounts to saying that people living in a society that prioritizes safety and security simply cannot believe in certain interpretations of Islamic scripture. If this ever became the case anywhere in the world, the ensuing implications would be absolutely huge. It would affect not only salafis, but all Muslims, and their neighbors as well.

Steven Zhou, an associate editor at the Islamic Monthly, is a frequent Op-Ed contributor to CBC News online and for Al Jazeera America focusing on post-9/11 politics. He has worked as a journalist for CBC-Radio and the Ottawa Citizen. His work has appeared on Al Jazeera English, the Globe and Mail, BuzzFeed, The American Conservative, and Jacobin, among other outlets. Tweet him at @stevenzzhou