A crisis not seen since WWII: Refugees entering Europe top a record 1 million, and the U.N. is calling on nations to help

Half of the refugees crossing the Mediterranean were Syrians, fleeing a civil war entering its 5th year 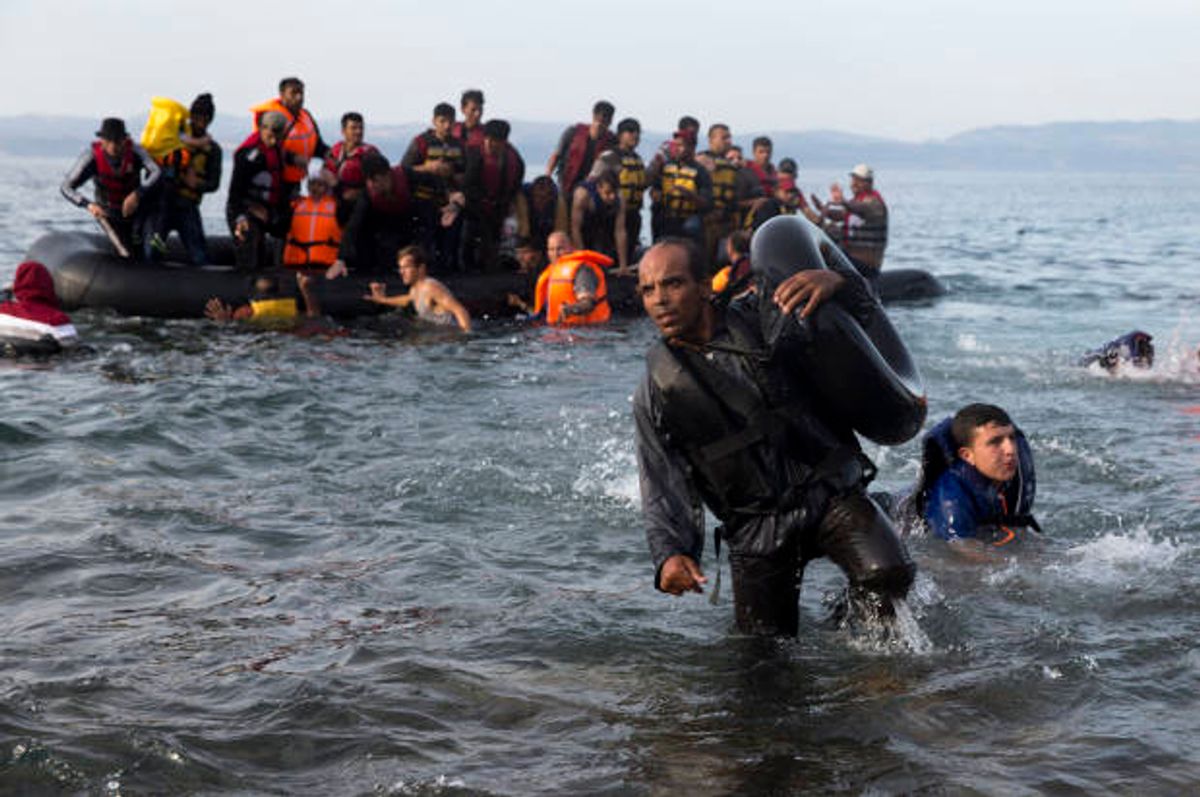 The world is witnessing the worst refugee crisis since the horrors of World War II.

Already called the "year of human suffering and migrant tragedies," by the United Nations, 2015 is seeing a record number of refugees.

The number of refugees and migrants entering Europe in 2015 topped 1 million, according to a reported by the U.N. refugee agency. The U.N. High Commissioner for Refugees calls this number "unprecedented."

Half of the refugees crossing the Mediterranean were Syrians, fleeing a catastrophic civil war that is entering its fifth year. Twenty percent were Afghans, and seven percent were Iraqis, fleeing violence and the U.S.-backed wars in their respective countries.

The vast majority (roughly 97 percent) of the refugees crossed the Mediterranean Sea -- frequently in dangerous smuggling trips, for which destitute refugees have to pay their life savings, or even risk their lives selling their organs to traffickers. Approximately three percent of the refugees crossed from Turkey into Bulgaria and Greece by land.

Throughout 2015, the number of refugees making these dangerous voyages grew. In January, 5,500 people crossed; in October, that number increased to more than 221,000.

At least 3,600 refugees died this year in the journey to seek asylum in Europe.

Hundreds of thousands more refugees have also fled North Africa, primarily Libya, which is embroiled in a civil war among a variety of warlords and militias after the 2011 NATO war destroyed the government.

The number of people in Europe who have been displaced by war is the highest since the conflicts in Yugoslavia in the 1990s.

Many European countries have been incredibly unwelcoming to the refugees. Growing far-right racist movements have characterized refugees as potentially violent Islamic extremists, despite the fact that many refugees are in fact fleeing extremism in their home countries.

The United Nations High Commissioner for Refugees also called on governments to do more to welcome refugees, who have been bitterly oppressed. Human rights groups have said they are "deeply disturbed" at the "scapegoating of refugees" and the government clampdown in the U.S. and Europe.

"As anti-foreigner sentiments escalate in some quarters, it is important to recognize the positive contributions that refugees and migrants make to the societies in which they live and also honor core European values: protecting lives, upholding human rights, and promoting tolerance and diversity," U.N. High Commissioner for Refugees António Guterres said in a statement.

The United Nations also called for more aid and funding, so that it can assist the millions of displaced people. The refugee agency is so desperate for funds — and governments have shirked their responsibly to help — that it launched a Kickstarter crowdsourcing campaign.

A recent report by UNICEF found that a baby is born into a war zone every two seconds — primarily in Syria, Iraq, Yemen, South Sudan, Afghanistan, and the Central African Republic.

One in eight children born today will enter the world in a war-torn country.