Let's be honest, Trump is stoking cultural and racial resentment, not economic 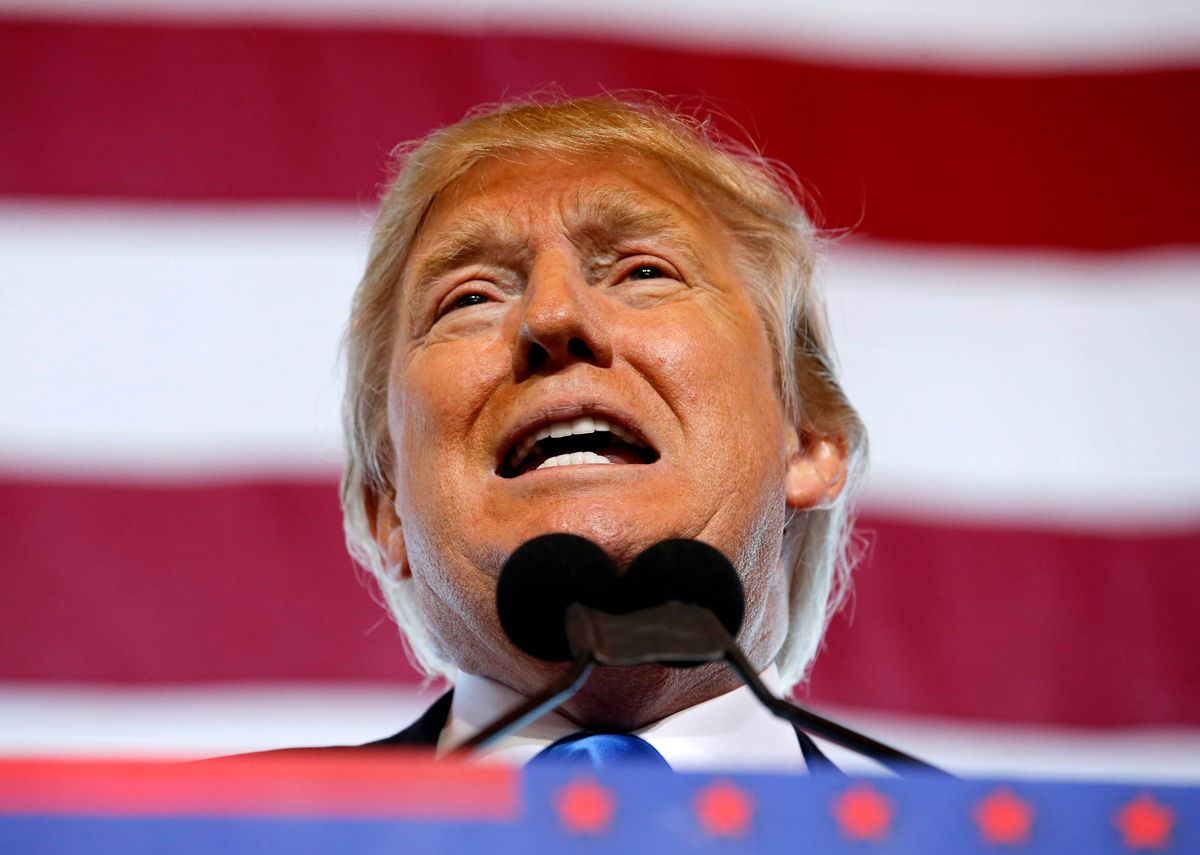 One of the recurrent themes of this presidential election so far is a determined belief that Donald Trump is tapping into working class economic anxiety. And given what we know about the Republican party and the subset of American that are attracted to the Trump campaign that's understandable. As Ronald Brownstein has been reporting in the National Journal for the last several months, Trump's greatest support comes the ranks of non-college educated working class whites:

Trump is ce­ment­ing a strong blue-col­lar base, while the white-col­lar voters re­l­at­ively more res­ist­ant to him have yet to uni­fy around any single al­tern­at­ive. That dis­par­ity is crit­ic­al be­cause in both the 2008 and 2012 GOP nom­in­a­tion fights, voters with and without a four-year col­lege de­gree each cast al­most ex­actly half of the total primary votes, ac­cord­ing to cu­mu­lat­ive ana­lyses of exit poll res­ults by ABC poll­ster Gary Langer. With the two wings evenly matched in size, Trump’s great­er suc­cess at con­sol­id­at­ing his “brack­et” ex­plains much of his ad­vant­age in the polls.

He isn't the only one playing in that "bracket" --- Ted Cruz also draws from it --- but this does suggest that if you want to understand Trump and Cruz's appeal you need to look at that group of voters and it's natural that observers would look at their working class status as being the key to it. After all, people who are losing ground economically are going to be angry, depressed and generally upset and Trump speaks to those feelings very directly. (The name of his latest book is "Crippled America.") President Obama talked about this at some length yesterday, saying that Trump was "exploiting" these peoples' fears

And they do have a right to be afraid. As anyone who's been following the political discussion about income inequality over the past few years knows, they are losing ground. The latest research shows that the incomes of the top 20% grew on average 42.6% since 1979, the middle only grew 9.5% and the bottom 20% actually fell by 2.7%. Many of these non-college educated white working class Trump fans are either in what we would call the lower middle class or among the lower 20%. If they are anxious you cannot blame them.

On the other hand, there is an assumption that somehow Trump's message is speaking to this particular complaint and that is questionable. Trump, after all, is the guy who said in a debate in answer to a question about whether he supported a raise in the minimum wage that he not only didn't support the raise but that he thinks wages are already too high! He went on "Morning Joe" the next morning and made his case even more strenuously:

We have to become competitive with the world. Our taxes are too high, our wages are too high, everything is too high. What's going to happen is now people are going to start firing people.”

“People have to go out, they have to work really hard and have to get into that upper stratum. But we cannot [raise the minimum wage] if we are going to compete with the rest of the world, we just can’t do it.”

He quite clearly believes that Americans are going to have to take further pay cuts in order to compete with workers in foreign countries. The man who rails against Mexican immigrants coming into this country thinks nothing of telling American workers they are going to have to lower their own standard of living to "make America great again." If you can't make it into the "upper stratum" as he did (by being born into it) you're just out of luck.

It makes little sense that such a message would resonate with these white working class people who are flocking to his rallies. No, whatever is drawing them Trump it certainly isn't the fact that these people are disaffected economically and Trump is offering them the road to riches.

What if it isn't that these angry working class whites are attracted to Trump because he's giving voice to their economic problems at all, whether by offering some vague notion of "making America great again" or telling them their problems are caused by undocumented workers? What if their "anxiety" is really just about simple racism --- the fact that people they believe are inferior to them are becoming equal in society?

Slate's Jamelle Bouie delved into this possibility in this piece.  He observes that it's only very recently that overt racism hasn't played a hugely important part in our electoral system, reminding us that the 1988 Bush campaign was heavily influenced by the subconscious and not so subconscious race baiting in the Willie Horton ad. (It's also important to recall that the 2000 Bush operation cut off the McCain insurgency in Lee Atwater's South Carolina firewall with a scurrilous whisper campaign about McCain's "black daughter"  --- who happened to be adopted from India.)

What’s key is that there’s always been a portion of voters who are activated by racist appeals. And in an erstwhile herrenvolk democracy, this shouldn’t be a surprise. They show up in surveys, polling, and research data as Americans who rank high on racial resentment or hold strong anti-black views. They respond favorably to racial demagoguery—whether from candidates or media or both—and exist throughout American politics, in the far-right margins as well as a voting group in the Republican Party.

In fact, their racism makes them more partisan; in a 2010 paper, political scientists Michael Tesler and David Sears found that for Republicans in the era of Obama, the higher their racial resentment, the stronger their attachment to the GOP

To think racial animus is activated by economic distress is something that progressives desperately want to believe. Because if that's true, they have solutions. Racism, not so much. Recall Governor Howard Dean's memorable line back in 2003:

"White folks in the South who drive pickup trucks with Confederate flag decals on the back ought to be voting with us, and not [Republicans], because their kids don't have health insurance either, and their kids need better schools too."

That these white folks might sincerely be more upset about African Americans becoming equal or undocumented immigrants destroying "American culture" or Muslims worshipping a religion they find threatening and weird than their own economic well-being is an unsettling thought. But it's very hard to ignore the fact that in good times and bad it still exists. As Bouie wrote:

These voters may feel anxious about their economic status. But they also hold racial and cultural resentments. They’re worried about their futures and they dislike immigrants, Muslims, and blacks.

And Trump is pushing the racial and cultural resentment button a lot harder than he's pushing the economic button. In fact, he's pushing the resentment button so hard that it's activated some very serious racists who truly had been pushed to the fringes of the right wing fever swamps. According to a rather disturbing story this week in the Washington Post there has been a surge of excitement among white supremacists. It quotes a number of different leaders of the movement who are thrilled at the prospect of one of their "own" getting mainstream credibility. Trump is often said by his followers to be "saying what they're thinking." These racists feel exactly the same way.

This is not to say that all Trump supporters are white supremacists. But it's also not fair to say that the Trump voters who are hostile toward immigrants, Muslims and African Americans are simply reacting to economic inequality. As Bouie pointed out, this isn't necessarily a case of classic Marxist false consciousness, or at least that doesn't explain or excuse their love for Trump. Their racial resentment exists all on its own.