Donald Trump's obsession with his opponents' genitalia knows no bounds: Clinton "got schlonged" by Obama in 2008 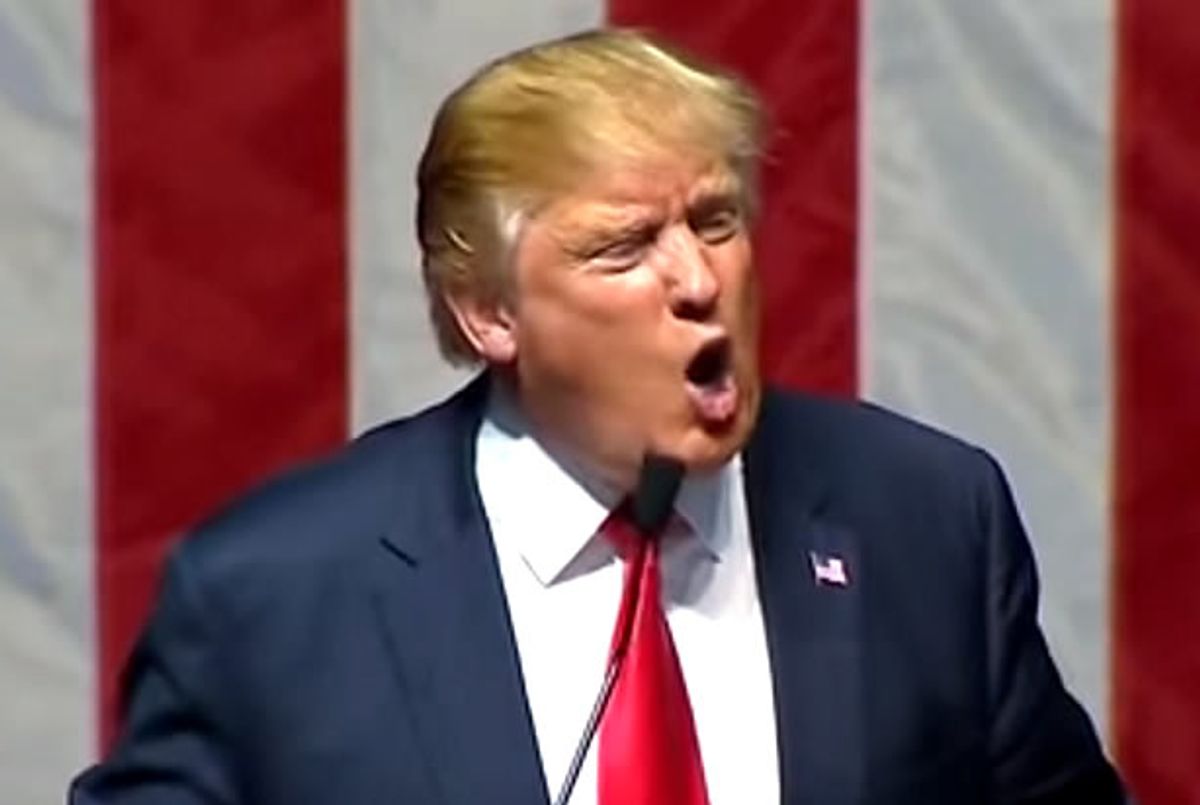 During an appearance in Grand Rapids, Michigan, Donald Trump seemed eager to remind the electorate that he spends too much time thinking about other people's genitalia, beginning with a crude reference to what he believes President Barack Obama did with his to defeat Hillary Clinton in 2008.

Trump, whose criticism of Megyn Kelly's not-even-very-harsh treatment of him earlier this election cycle amounted to a declaration that she has "blood coming out of her wherever," told the gathered Michiganders that Clinton was going to win in 2008 before she "got schlonged" by the current president.

"She was going to beat Obama," he said. "I don’t know who’d be worse. I don’t know. How does it get worse? She was favored to win and she got schlonged. She lost -- she lost!"

Trump continued to obliquely refer to Clinton's genitalia by referring to one function of that general area as being "disgusting."

Speaking about her brief, understandable absence during Saturday night's debate, Trump asked, "Where did Hillary go? They had to start the debate without her. Phase two. Why? I know where she went," he said, as if the rest of the world didn't already know.

Watch the relevant segments of his speech below via ThinkProgress.