Kenny Rogers is a Donald Trump-loving a**hole: "I love what he says, I have to admit"

Add another celebrity of yore to the Trump campaign. Rogers also hates the politically correct war on Christmas 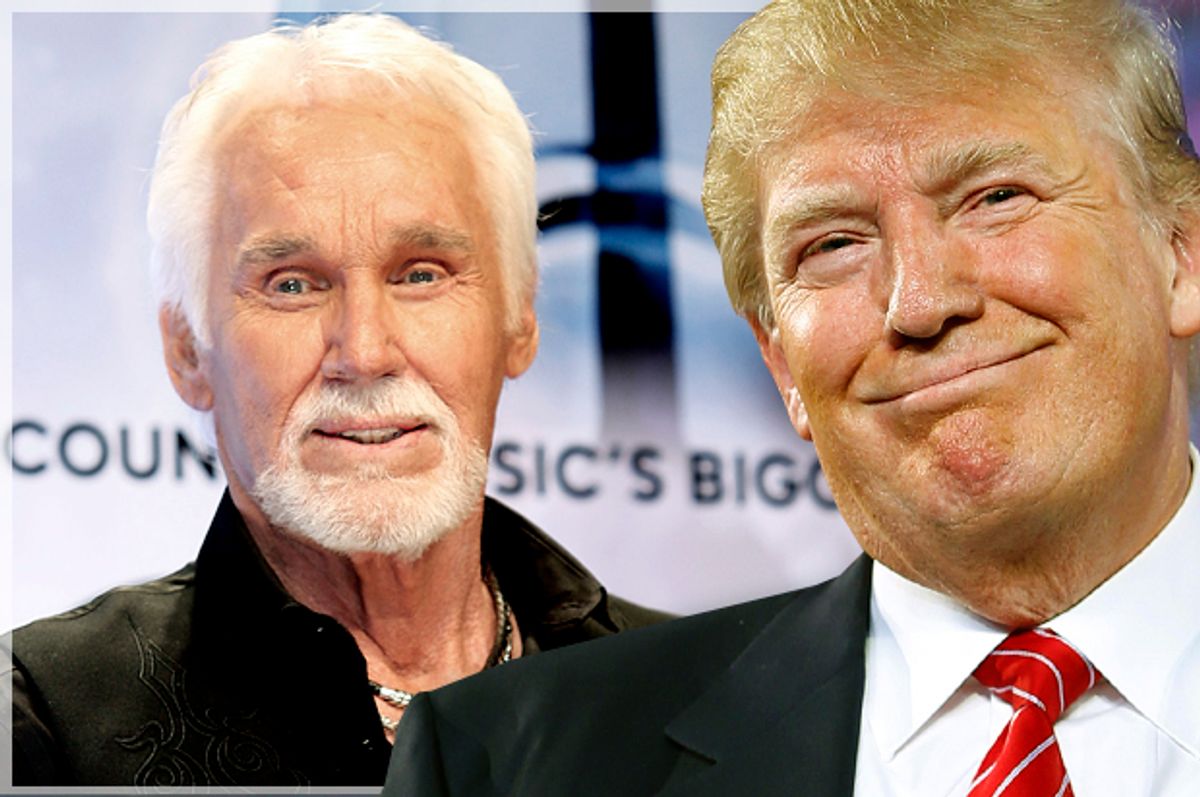 The Guardian asked country singer Kenny Rogers what he thinks about Donald Trump, and his answer is likely to wash any nostalgic glow you might have for those cheesy country hits, his Geico commercial, or even "The Big Lebowski."

Asked how he feels about the GOP front-runner, Rogers replied:

I really like him. I think his problem is that he says what everyone wants to hear, but he doesn’t say it well. I love what he says, I have to admit. He can be president and not owe anybody anything; he’s one of the few people has the money to do it, and has the guts to do it. You’re biting off a lot by doing that. He believes everything he says: whether he’s right or not, he says what everybody fears. My older sons laugh at me when I tell them that. They are Democrats that live in California – there’s no hope for them. They’ll vote for Hillary no matter what she does.

Rogers also admitted that he is that asshole who tells shop clerks "Merry Christmas" after they wish him "Happy Holidays."