The best "Star Wars" parody on Twitter is Emo Kylo Ren: "you can't truly appreciate the imperial march until you hear it on vinyl"

Spoilers in joke form ahead: The self-described "ren's rights activist" spills so many man tears for our enjoyment 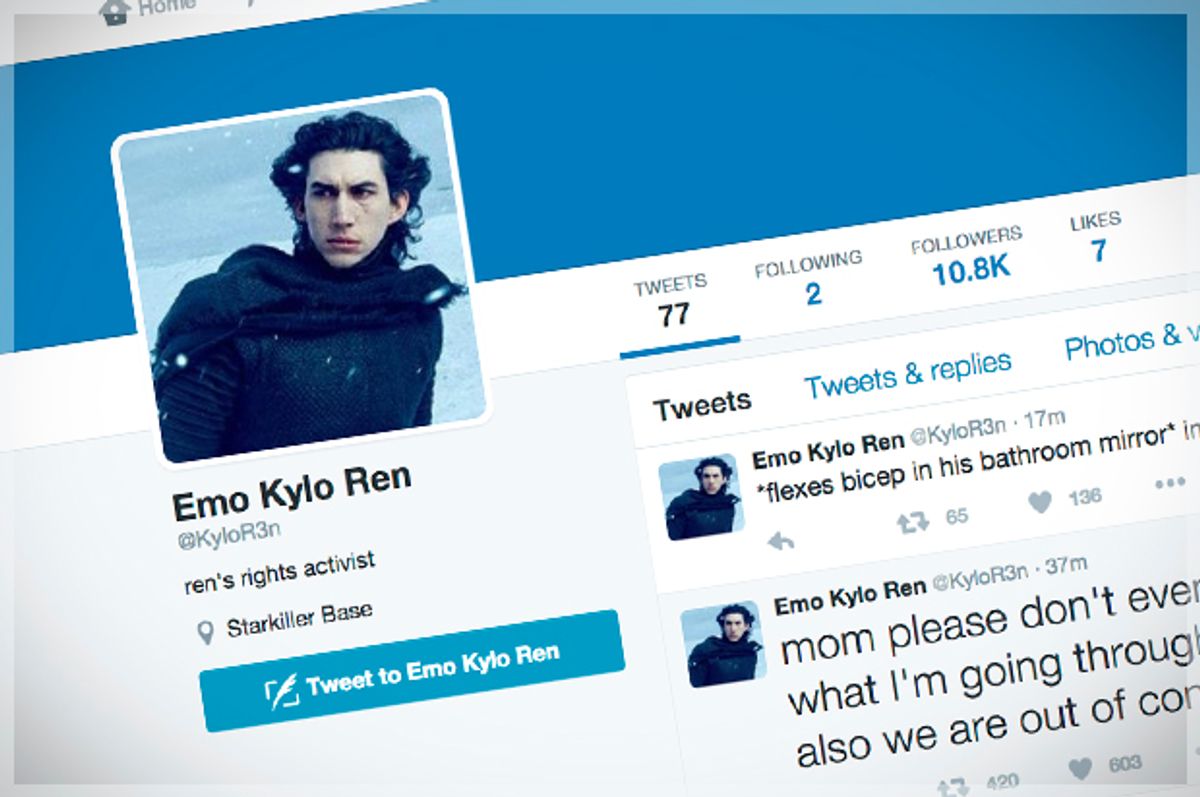 So some of the most fun scenes in "Star Wars: The Force Awakens" are the giant man-baby tantrums Kylo Ren, young Jedi turned to the Dark Side, throws whenever things don't go his way — like when Rey, that untrained upstart, manages to best him, or he gets shown up at work in front of the Big Bad, or he feels himself doubting just how committed he is to the Dark Side. Smash a control panel with his light saber, waaah!

Whereas Darth Vader (SPOILER!!!!), his grandfather on his mother's side, maintained exquisite control over his dark powers until his final reconciliation with the Force and his son Luke, Ren is not entirely in possession of his own emotions, and it is perhaps the most unintentionally hilarious part of JJ. Abrams' new film. You can just see him taking his frustrations out on the internet instead:

And boy, did Twitter need him, especially after all the reverent build-up to the premiere late last week. Here's a sampling of the most hilarious and relatable — you either know this guy, or dated him, or actually maybe ARE him — tweets from Emo Kylo Ren since the account began yesterday:

On having superior taste and intellect:

On the subject of gender relations:

On the incredible indignity of being the living child of his embarrassing parents:

On the Dark Side of hero worship:

If your parody "Star Wars" tastes run to the dadaist, you might find this BB-8 account more to your liking. Boop boop beep, indeed.