Wanted: Young, feminist men. That's who Hillary Clinton (and the rest of us) are desperate for

Clinton's low polling with young people is more about young men not being feminist enough, not young women 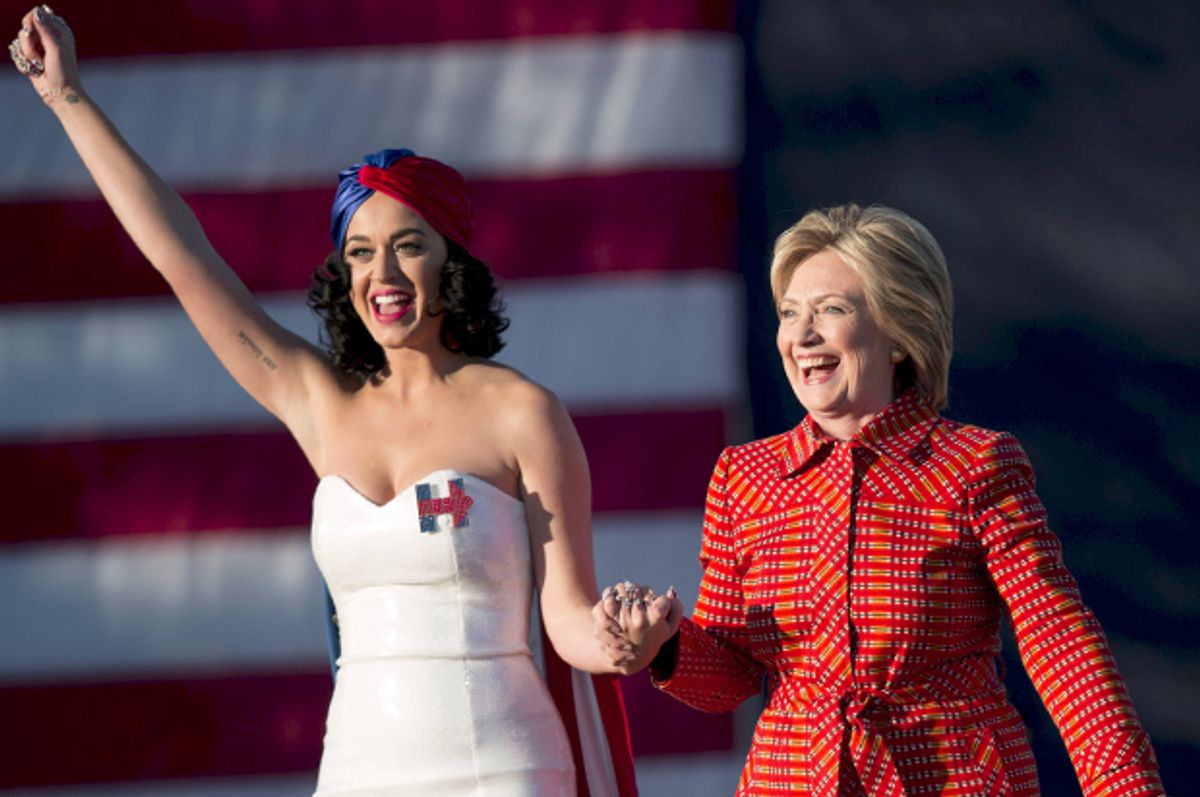 Bernie Sanders is not Barack Obama and the 2016 Democratic primary is almost certainly not going to be a retread of 2008. But that hasn't stopped some people from recycling the same narratives, including the supposed feminist gender gap narrative that dominated in 2008. Back then, young women who were supporting Obama instead of Hillary Clinton were routinely accused of abandoning feminism and only supporting Obama in order to placate boyfriends who claimed to be liberal but were terrified of female power. It wasn't true — I supported Obama in 2008, and dare anyone to deny my feminism — but it was nonetheless an appealing narrative in a media environment that always loves a "cat fight" story.

"And now, even though the past 8 years have borne witness to an explosion of young women fighting for feminism, we're being subjected to the same narrative: Older women are feminists, younger women are traitors, etc. Only just replace the word "Obama" with "Sanders" and you have the same story, as evidenced by a recent New York Times piece headlined "Moms and Daughters Debate Gender Factor in Hillary Clinton’s Bid."

But, as John Sides at the Washington Post notes, the narrative isn't right at all. The real divide is not between mothers and daughters but mothers and sons. While it's nominally true that Sanders polls better with under-30 voters of both genders, men of that age group are far more likely to oppose Clinton than women are. That gender gap starts to shrink with older cohorts. Sides created a chart with YouGov data: The Bernie bro phenomenon of young men whose enthusiasm for socialism is goosed by an unacknowledged sexism appears to be a real, measurable phenomenon. A lot of Sanders supporters, male and female, prefer him because of his socialist ideas. But the gap between young men and young women does suggest, though I'll get no end of grief for saying this out loud, that a chunk of Sanders support with his young male cohort comes from guys who really don't cotton well to the idea of women in power.

This is only made more certain by polling that Sides cites that shows that young women are more excited by the idea of a female President when asked to consider the possibility abstractly. My guess is that young female Sanders supporters will probably be just fine with Clinton if he loses the primary, and that most of the angst we'll hear will be from young men.

So why do young women get the brunt of the scolding about how kids these days don't honor their feminist foremothers enough? Why not aim that scolding at young men, who are far more likely to be indifferent to or even hostile to feminism?

The main reason, of course, is that it's simply easier to scold women due to, ironically, old-fashioned sexism. Women's continued lower status in society makes it easier to wag your finger in their face, especially when they're young. Young women get scolded more for having sex, drinking alcohol, or being immature and silly in public than young men do. Of course it's seen as simply easier to scold them for not being feminist enough, even though doing so gives into the very same sexism that feminism is meant to eradicate.

But there's also a sense that young women are more persuadable on this front, because it's in their self-interest to be feminist. Being feminist means being more self-confident, more willing to stand up for yourself, more ambitious, and more connected to other women. Politically, fighting for your rights means you are more likely to have your rights.

These things are all true, but young women already get this. That's why they eagerly eat up and produce feminist content, why they are fighting for reproductive rights and against campus rape, why they go to college in huge numbers, why they are more diligent than previous generations about contraception, and why they are more supportive of Hillary Clinton's campaign than young men.

All this is great, but the fact of the matter is that it's not enough. While much or most of the support for Sanders comes from people who think Clinton's economic agenda isn't bold enough, the not-insubstantial portion of it that comes from sexist resentments in the ranks of liberal men is a real problem. It's unlikely that sour attitude towards women restrains itself to simply disliking Hillary Clinton. In most cases, it's going to seep out into how these men treat the women in their lives: Women they're dating, women they marry, women they are friends with, women they have the power to hire or manage, women who they teach or mentor (or refuse to teach or mentor).

Consider the allegations against Trevor FitzGibbon, the head of FitzGibbon Media, a progressive PR firm. FitzGibbon was well-known and liked in progressive circles, had feminist friends and had plenty of feminist clients. But now multiple women have come forward with allegations that FitzGibbon sexually harassed them. Vox reports that one employee also accused FitzGibbon of pushing the idea that false rape allegations are extremely common and worse than being raped in response to employees proposing an anti-rape campaign.

Regardless of the truth of the allegations, it's a reminder that plenty of men with otherwise impeccable progressive politics have a special carve-out for women, who they still regard as a secondary class who are here to serve men and not to compete with them. This problem is an exponentially bigger one than the problem of young women not being feminist enough. Obviously, we could all probably stand to be a little more feminist, but on the scale of feminism, women are way ahead of the curve. It's time for men to start playing catch-up.