You know things are bad when Michael Moore agrees with the NRA: America is running on fear — and it's killing us 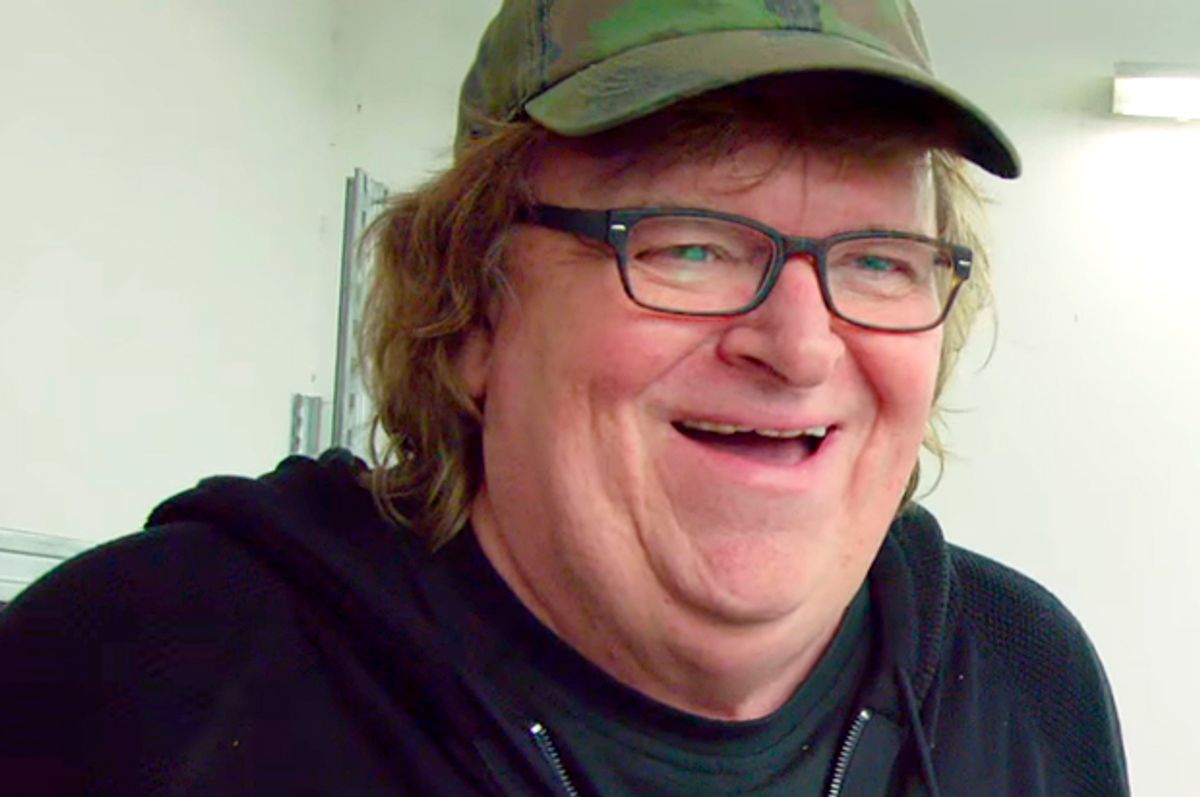 We’re nearing the conclusion of a year that’s seen roughly one mass shooting per day in the United States, and all kinds of theories have been dragged out to explain their frequency. It’s the precarious state of mental-health treatment. It’s the violence of video games, television, and movies. It’s the huge number of guns – something like 300 million – floating around. It’s gun shows and lax regulations.

All of these may be major or minor factors. But the filmmaker Michael Moore has a different theory, and he finds himself half-concurring with a group he rarely agrees with. “So what is it about us?” he asks in a piece in The Hollywood Reporter about the way the U.S. far outpaces other countries in gun violence. “It's clear that the NRA is actually half-right in their slogan, ‘Guns don't kill people, people kill people.’ We just need to modify that to: "Guns don't kill people — Americans kill people.’ "

What does he mean by “Americans”? It’s not just the number of guns or “Kill Bill” or anything else, he says, but the something deep in American culture right now: fear generated by economic isolation.

It's the fear of getting killed that is getting a lot of us killed. But it's also other fears that are winding us up and making a few of us go crazy enough to take off on a shooting rampage. Unlike in other civilized countries where people take care of each other — with free health care, generous compensation for the unemployed, free or nearly-free college education, strict laws on credit card debt and junk mortgages, serious help and treatment for the mentally ill, aid for aging and infirm people and the list goes on and on… What separates us from everyone else is the way we force the members of our society to live in a constant state of fear: fear of going broke, fear of losing your job, fear of getting sick, fear of getting old and being without. We know that there's no safety net for us here in the USA. We are the "pull yourself up by your bootstraps" nation, the "you take care of yours and I'll take care of mine" and the "your problems are not my problems" society.

Moore isn’t talking about the shootings that have received the majority of media attention, but the everyday domestic disputes and suicides that make up the majority of gun violence in the U.S.

What else does fear do? Over the last few days, two other liberals spoke about fear, and both stressed that it was not just fear of terrorism that’s throwing people off – and the implications go beyond guns. For President Obama, speaking here to NPR, fear and economic insecurity is driving the support for Donald Trump’s demagoguery:

But I do think that when you combine that demographic change with all the economic stresses that people have been going through because of the financial crisis, because of technology, because of globalization, the fact that wages and incomes have been flatlining for some time, and that particularly blue-collar men have had a lot of trouble in this new economy, where they are no longer getting the same bargain that they got when they were going to a factory and able to support their families on a single paycheck, you combine those things and it means that there is going to be potential anger, frustration, fear. Some of it justified but just misdirected.

Further out on the left, Bernie Sanders made a similar point at Saturday night’s debate: “What you have now is a very dangerous moment in American history,” he said.

The political right has generated support lately by concentrating on terrorism: it was the main topic of the last Republican debate. Moore, Obama, and Sanders don’t always agree, but a left-of-center consensus seems to be shaping up: Whether it leads to guns or demonization or demagoguery, fear – the kind generated by economic insecurity -- is driving our culture now. Let’s hope that it doesn’t dominate next year the way it did this one.