Santa, I want an AK-47 for Christmas: Mass shootings, terrorism has made for a very happy holiday for gun industry 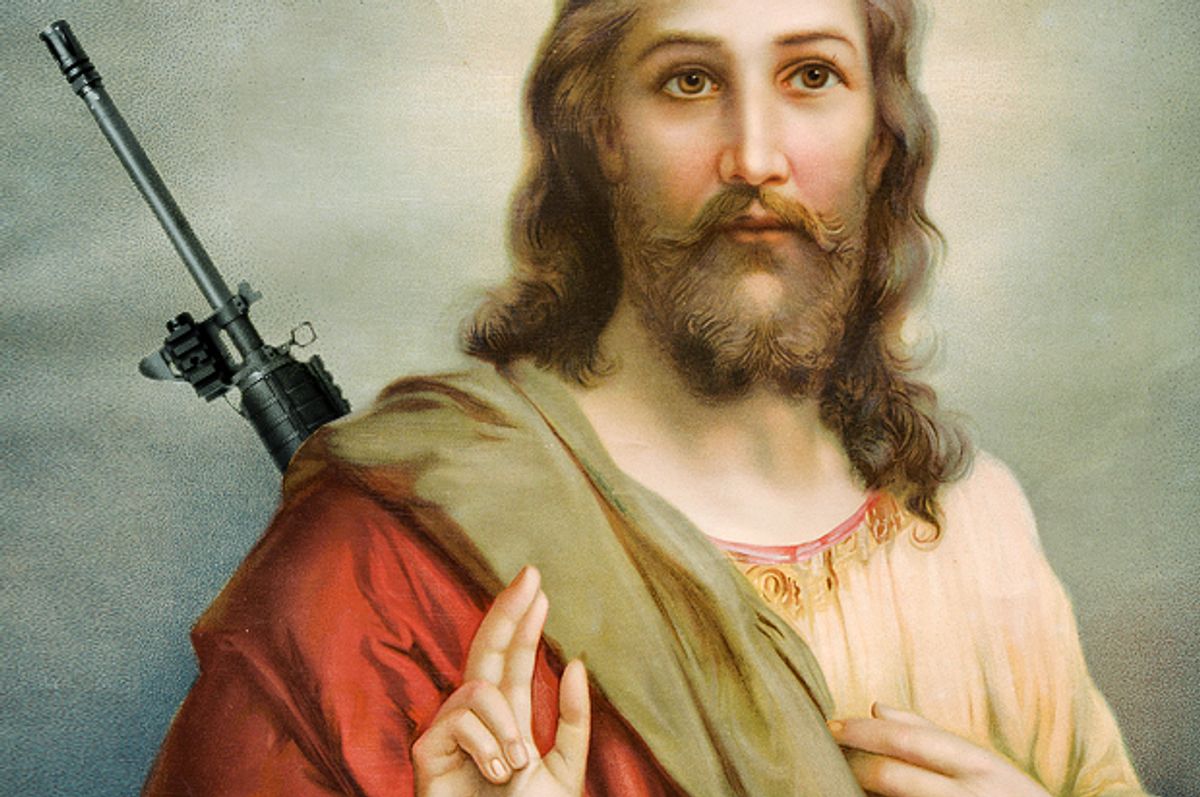 It's Christmastime, which, for most of us, means dreams of drinking eggnog before a warm fireplace, singing carols, and enjoying the Christmas tree's sparkling lights through the longest nights of the year. But if you're a member of gun-nut America, it apparently means dreaming about the day some ISIS terrorist shows up at your local shopping mall so you can finally, finally know what it feels like to pop a cap in someone without doing time for it.

Gun sales are shooting through the roof this Christmas. Mass shootings are generally good for business for gun manufacturers, but this year, which featured 355 mass shootings in 336 days, was a veritable marketing bonanza for the gun industry. Even though there is no evidence to support the idea that armed citizens prevent mass shootings — and, in fact that the murder rate correlates strongly with higher levels of gun ownership — the fantasy of being a badass who does a barrel roll and kicks the bad guy out with a direct shot to the head will not be quelled by reality.

"Last month, the FBI ran more than 2.2 million firearm background checks on potential buyers, a 24 percent increase from November 2014," Today reports. "On Black Friday, a record 185,345 background checks were processed by the FBI."

Mind you, these are the numbers that came in before the San Bernardino shooting escalating right-wing nut fantasies of turning into James Bond simply by holding a gun in your hand. Now with terrorism in the mix, sales will likely go through the roof. Hopefully the folks at Smith & Wesson will have the good taste not to openly toast ISIS for a profitable year at the annual holiday party.

So while you might be getting your power fantasies out in a safe manner, by watching "Star Wars: The Force Awakens" for the fifth time, conservative America is getting little more hands-on by piling deadly weapons under the Christmas tree.

"Like any good husband, I asked for the list of Christmas items that you'd like to have and one of the items was a firearm," Christmas shopper Louis Cole told "Today." "Above jewelry was a firearm."

No surprise there. As I've noted before, guns function in right-wing circles as a form of jewelry, albeit a kind more likely to blow body parts off than a lovely tennis bracelet might. Guns are worthless at keeping people safe. If there's a gun in your house, you're exponentially more likely to be shot with it — through accident, murder, or suicide — than to protect yourself with it. You might as well have cyanide capsules around that you plan to shove in an intruder's mouth, while hoping that no one in your own home mistakes them for vitamins.

But owning a gun is great if you want to play dress-up and pretend you're a mighty warrior when you're not. Sure, there are safer ways to get the same thrill: Video games, Dungeons & Dragons, becoming a LARPer so you can hit people with fake swords while dressed as a medieval knight.

But in all those cases, you have to admit that it's just a fantasy. The great selling point of guns, which cost a lot more than video games, is that you can pretend your hero fantasies are real. That any day now, that bad guy is going to come across your radar and you'll get to have a real-life shoot-em-up experience that no video game will ever get you.

Of course, as piles of research show, that actually doesn't happen very often. Most gun owners will list through life, spending thousands of dollars arming themselves for the conflict with the bad guy that will never come. No wonder some of them grow impatient and decide to round up someone knocking on your door or playing music too loud to a "deadly threat" so they can finally, after all these years, get to use their toy for what it was designed for, taking life.