You have bigger worries than terrorism: 5 diseases infinitely more likely to kill you

Repeat after us, you're not dying in a terrorist attack. Cancer and heart disease pose far, far greater threats 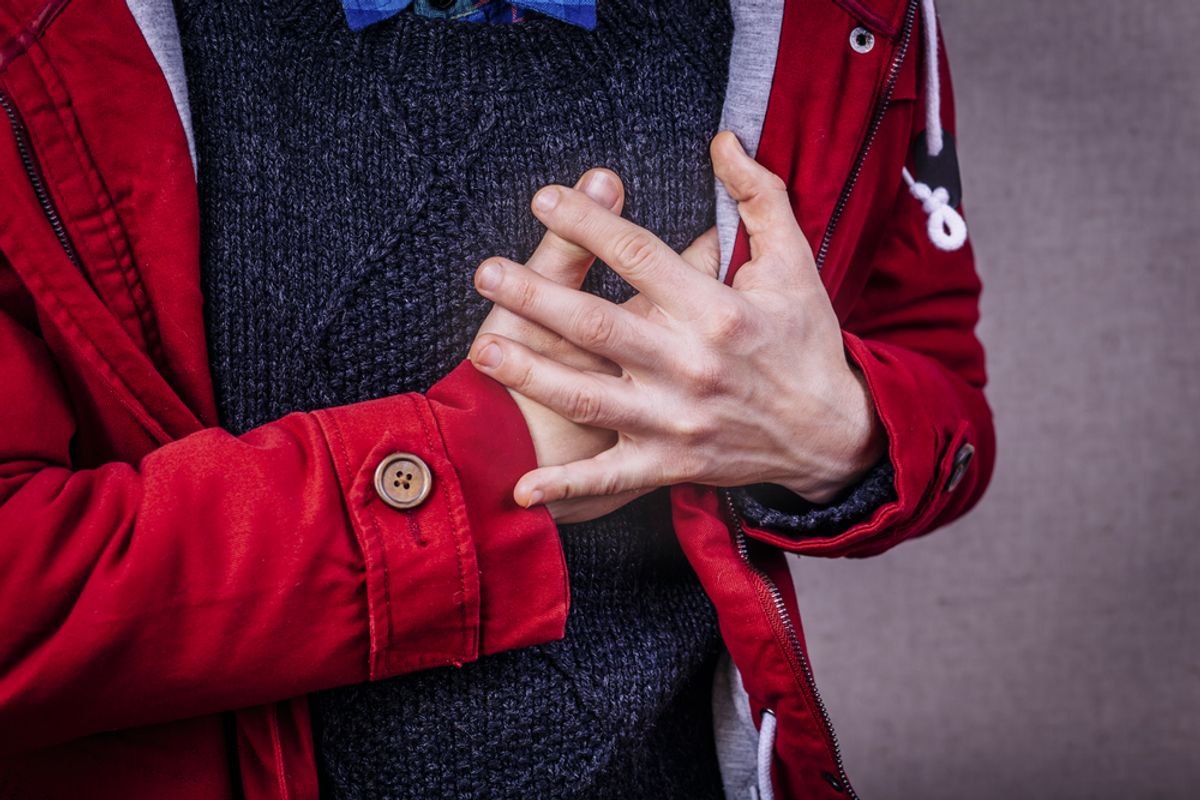 Thanks in part to Donald Trump and his angry GOP competitors, who have been stoking the fear card for months, Americans have placed the fear of terror at the top of their lists of concerns. The fact of the matter is that we are still far more likely to die from disease than from a terror attack. For instance, American males have a 1 in 4 chance of dying from cancer. This means it is almost 34,000 times more likely that cancer will be the terrorist that kills you.

But Americans fear disease almost as irrationally as they do terrorism. Earlier this year, a poll was conducted to see which diseases Americans and Europeans fear the most. The results were somewhat surprising. The survey, presented at the Alzheimer’s Association International Conference and conducted by the Harvard School of Public Health, showed that Alzheimer’s disease has caught up with cancer as the most-feared disease, even though the risk of developing Alzheimer’s is far lower than the risk of getting cancer (over the age of 65, you have a 1 in 14 chance of developing Alzheimer’s). People may overestimate their chances of getting Alzheimer’s, but they underestimate other disease risks like heart disease, stroke and diabetes. More people die of heart disease and strokes every year than any other disease.

So, while it is definitely time to stop losing sleep over ISIS, it’s time to get a little more realistic about what might really kill you. The good news is that even when it comes to deadly diseases, there are some reasons for optimism. Incredible advances in medicine are shining a light on the causes and possible treatments of diseases that have both frightened and killed us.

One of the primary reasons we fear Alzheimer’s disease so much is that many of us have seen firsthand a relative or close friend succumb to the horrors of its slow-motion memory loss, dementia, physical deterioration, and eventual death. The idea that we would forget the people near and dear to us is terrifying. There is no cure for Alzheimer’s disease, which seems to be caused by the slow buildup of amyloidal plaque lesions on the brain, disrupting the memory and killing brain cells. Some treatments have been developed which can slow the progression of the disease, but not stop it. Some very promising research is now emerging that may help turn the tide against the disease.

The idea is to use the body’s natural defenses to prevent the amyloidal plaque from forming on the brain and killing the brain cells. Researchers are conducting studies to see if a vaccine can be developed against the proteins that form the plaque. Other treatments being studied target inflammation of the brain rather than plaque. An anti-inflammatory drug called Azeliragon shows promise in slowing the progression of Alzheimer’s symptoms.

Finally, in Australia, a particularly interesting treatment has been used on rats. In the research, conducted at the University of Queensland, rats with Alzheimer’s disease were subjected to targeted ultrasound to their brains. The ultrasound broke up the plaque lesions and the rats’ memory functions were shown to improve greatly. It is unknown if the procedure will work on the human brain, but studies continue and human trials may come in the next few years.

Richard Nixon proclaimed the war on cancer back in 1971. Billions of dollars went toward eradicating cancer in our lifetime. Hopes were high, but almost 45 years later, cancer remains a wily and elusive foe. One problem is that gathered under the umbrella of “cancer,” the unchecked proliferation of cells that marks the disease has many causes and works differently depending on the organs being attacked. So while tremendous progress has been made on some cancers, like leukemia, others, like lung cancer and late-stage melanoma, remain stubbornly deadly.

Now, the medical community is expressing optimism around immunotherapy, using the body’s natural defenses to kill cancer cells. The body’s T-cells are infection fighters that would normally be expected to stop abnormal cancer cells from replicating and forming tumors. However, cancer cells have a way of fooling T-cells into ignoring them. New drugs attach to T-cells and turn off the cancer cell’s masking abilities, allowing the T-cell to kill the cancerous cell (and better, leaving normal cells alone). Clinical trials using immunotherapy against late-stage melanoma have been very successful and drug companies are all-in on developing new immunotherapeutic drugs.

Over 600,000 people die from coronary heart disease every year in the United States, making it the number-one killer of Americans. Yet, far more than Alzheimer’s or cancer, we know the major risk factors that can lead to the buildup of arterial plaque, reduced blood flow to the heart, and subsequent heart attack: high blood pressure, high cholesterol and smoking tobacco. Add in obesity, inactivity, alcohol and drug abuse, and poor diet, and we know exactly what makes it more likely a person will die from a heart attack. Perhaps the best news about heart disease is that by cutting down on risk factors, we can cut down on heart disease. Stop smoking, take cholesterol and blood pressure-lowering drugs. Exercise. Eat a varied and healthy diet. All of these things will help your heart stay healthy.

Then again, since we have known about these risks for many years and still have half a million people dying every year, the question is what can we do medically to treat heart disease once it has occurred. An experimental drug called LCZ696 is one of the most promising drugs to come along in a long time. In trials, patients who had mild to moderate heart attacks and were treated with LCZ696 had a 20% less chance of dying and a higher quality of life after being released from the hospital. Other promising treatments for more severe heart issues include improvements in heart transplantation and stem cell research aimed at growing new parts for the heart.

Other than Alzheimer’s disease, perhaps no illness so severely damages a person’s functioning as drastically as a stroke. In a stroke occurrence, a blood vessel in the brain bursts, usually due to a blood clot, and brain cells catastrophically die. The result is that, depending on which part of the brain has been affected, a stroke victim might be wholly or partially paralyzed, lose the ability to speak, become blind, or a myriad of other symptoms. Women are more prone to strokes than men, African Americans more than Caucasians, older people (over 65) than young. These risk factors can’t be changed, but others can. Most of the same risk factors that can cause a heart attack apply equally to a stroke: smoking, high cholesterol and blood pressure, poor diet, alcohol and drug abuse, inactivity. Like heart disease, correcting these behaviors will lower your risk of stroke many times fold.

New therapies that can dissolve blood clots in the brain have proved extremely effective in treating acute stroke victims and preventing lifelong disabilities. Also, administering clot-dissolving drugs plus conducting a thrombectomy (removing the blood clot via catheter) has shown a return to more normal or completely normal blood flow in the brain.

In addition to poor personal dietary choices, the epidemic of obesity in America is caused by multiple factors, including poverty and income inequality. Nutrition in the United States has too often been replaced by cheap, sweet-tasting substitutes that are calorie heavy and nutrient light. Diabetes, a disease marked by the body’s inability to control the amount of sugar in the blood, has proliferated along with obesity. While heredity is a major factor in developing type 1 diabetes, obesity is the major factor in developing type 2 diabetes.

As with heart disease and stroke, losing weight can pay huge dividends in preventing diabetes, a disease that can cripple, blind and kill. The good news is that diabetes is a largely manageable disease. While there is no cure yet, controlling your insulin level, eating properly and exercising can result in a relatively normal lifestyle. New drugs are being developed that promise to help the body properly produce insulin to control blood sugar (stem cell research is particularly promising). A drug called ruboxistaurin has proven effective in limiting vision damage due to diabetes.