This is the only advice you need to survive Christmas

The holidays are here, which means baggage — family baggage. Here is the best way to deal with it today 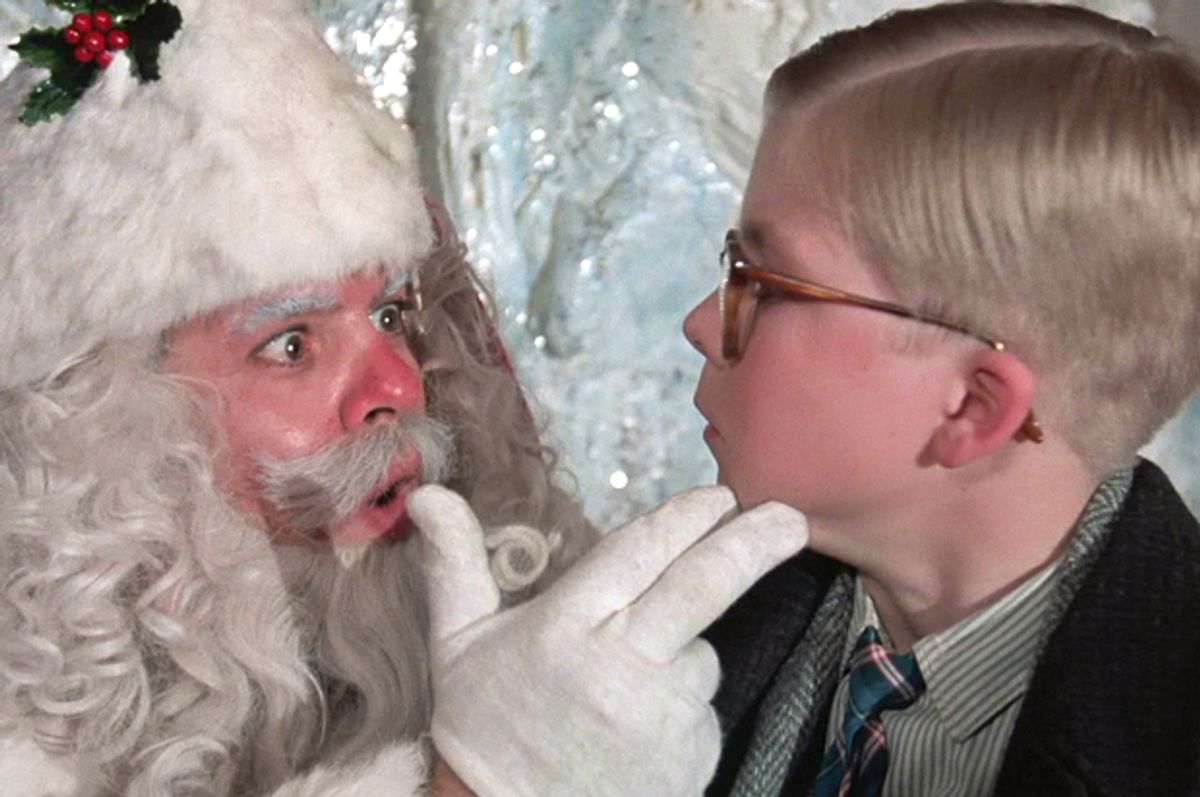 The holidays are here. And that means nearly one-third of all Americans will be traveling, most of them either with family or to visit family.

It also means that there’s going to be a lot of baggage. Not the kind of baggage with physical zippers, but the kind with psychological buttons. Because if you have any buttons, you can be sure that they will be pressed if you spend any time with the parent who put it there.

It is unbelievable to watch friends in their thirties, forties, even fifties—some respected leaders in their profession or community—return from time with a parent shaken as if they’ve just returned from combat.

In fact, some therapists would describe holidays with a parent as a return to a familiar battlefield to get psychologically wounded again.

If that seems dramatic, consider this: According to neuroscientist David Eagleman’s new book and PBS series "The Brain," we are born with “disparate and unconnected” neurons in our brain. In our first years of life, the circuits and architecture of the brain are rapidly built. As an infant, we form as many as two million new neural connections a second.

By the age of three, we have twice as many neural connections as an adult. Afterward, a process called pruning takes place, in which connections that aren’t needed are removed from the brain’s architecture. In other words, “use it or lose it.”

So although we have inherent predispositions and resiliencies, the architecture of our brain is largely shaped by our childhood environment and experiences. They even determine whether certain genes are expressed or turned on. As the saying goes: “Cells that fire together wire together.”

So if you’re spending time with family during the holidays, try to think of your brain as a computer running on an operating system. This system was programmed by your childhood caregivers. Like all human beings, they were imperfect (though some like to claim otherwise). And those imperfections, whether large or small, created bugs and viruses in your operating system. Even parents who think of themselves as loving or well-meaning make mistakes, cross boundaries, or simply do their best with the limited internal resources they have.

“Most people think of trauma as something that comes from a major assault or catastrophe,” one of the therapists in my book "The Truth" explained. “But a small trauma, like a parent criticizing you day in and day out, can be just as damaging because it’s happening on a regular basis. Think of it this way: If one big-T trauma is a ten on the scale and a little-t trauma is a one, then ten little traumas can be just as powerful as one big trauma.”

However, because we are too close to ourselves to see ourselves with any clarity, it’s not easy to see the bugs in our operating system. Often, the things that we think are our problems aren’t actually our problems. The issue is the fact that we see a problem inherent in our being where there isn’t one. It’s all in our heads.

And how did it get there?

You guessed it. Perhaps we feel unworthy because a parent emotionally or physically abandoned us; or we feel like a bad person because that’s what mom or dad said if they couldn’t control our natural spontaneity and independence; or we feel that others look down on us because a parent did the same.

The list goes on and on: Are you out of touch with your emotions because a parent always told you to toughen up when you cried? Do you feel deep down like you don’t matter because you were constantly ignored growing up? Are you always trying to save others because you were never able to save a parent from depression or addiction? Are you in complete denial that anything was wrong with your family because a parent acted infallible and demanded obedience, so criticizing that parent would be like blaspheming God?

Note that this is not about blaming anyone. It’s about understanding yourself, because no matter what deck of cards you were dealt, there is fortunately something called neuroplasticity.

As the behavioral geneticist Hasse Walum explained when I interviwed him for my book The Truth, “A messed-up childhood makes it hard [to change], and it gets even more complicated as you get older, but it’s not set in stone. We haven’t found anything that’s completely genetic. Not even these really hurtful diseases like autism and schizophrenia, or things like intelligence. There’s still some sort of environmental factor involved. So you get to change things.”

This is why, instead of viewing holidays with your whole family as an obligation, you can see it as a gift.

There’s a saying that where there’s reactivity, there’s a wound. So during that holiday dinner, run a virus scan on yourself. Notice where you overreact to something—by shutting down, losing your temper, sulking, disassociating, disconnecting, getting irritated, building resentment, feeling like the black sheep, thinking you’re better than everyone else, or any of numerous other dysfunctional behaviors.

Once you notice the reaction, try to identify the cause. Maybe you’re getting frustrated by one parent constantly complaining about the other; or a parent worrying, criticizing, judging, or nagging; or a parent seemingly favoring a sibling over you; or by not being heard, seen, or understood; or by a parent depending on you for emotional support; or, as happens far too often and tragically, a parent defending a relative who was abusive to you in your childhood.

Once you’ve identified the wound and its source, next comes the hard part: Growing up. You are not an adult until you’ve actually separated from your parents. And though the umbilical cord may be physically detached, it’s still psychologically there for many people.

Some tribes took care of this through rituals in which adolescents were separated from their parents. The psychoanalyst James Hollis tells of one in which children became adults by being kidnapped by tribal elders in the middle of the night.

“The abruptness, even violence, of the separation,” he writes, “was a reminder that no youth would voluntarily relinquish the comforts of the hearth….To remain by the hearth, literally or figuratively, is to remain a child and to forswear one’s potential as an adult.”

So since we have no rituals in our culture, it’s up to you to make one. It’s not easy. But a good place to start is by creating a boundary.

In private, pull the appropriate parent aside and simply tell them that their words or behavior are something you’d prefer not to hear or be around anymore. And if they continue to do it, you will change the subject or excuse yourself.

If you’re lucky, they will be empathic and understand. If you’re unlucky, they’ll pull out every trick in the book—shame, guilt, pressure from siblings—to maintain the toxic status quo. So to share some advice I was once given, whenever you feel guilt around your caregivers, it’s a good sign: It means you’re doing the work of separation.

I remember setting a boundary with my mom. For most of my life, I’d kept secrets for her and not told them to my father, many of them about their relationship. As a result, I kept secrets from my romantic partners, and often destroyed my relationships. This is a symptom of a familiar pattern to psychologists known as enmeshment, which tends to result in avoidant attachment later in life.

So after my mother texted and asked me to keep yet another secret, I texted back: “I’m always happy to talk about anything. But I don’t want to do things in secret or keep secrets anymore. Obviously I’ve learned the hard way what happens when you sneak around, so attempting to not do that in any area of my life.”

I sent the text. And…

That was the last time I heard from her.

And so right now, I’m spending the holiday not with the family I was born into, but the family I’ve chosen: my wife of two years, my best friends, and my ten-month-old son. A family I wouldn’t have if I was still on the battlefield in an unhealthy and secret-bound relationship with my mom.

I’m sure one day I will speak with her again—with boundaries. And I’m just as sure that one day, when my son is older and home for the holidays, and I’m pushing his buttons, he will ask me to stop. And even though it may take every ounce of will power I have to shut the fuck up, I will respond: “Thank you for taking care of yourself.” And we will enjoy a meal in peace, not in an open or cold war.

Portions of this article have been quoted or paraphrased from the author’s book "The Truth: An Uncomfortable Book About Relationships."