Accomplices in Ted Cruz's fact-free campaign: How conservative media is making it incredibly easy for him to lie

The Republican Party relies heavily on right-wing media for information, which is great news for Ted Cruz. 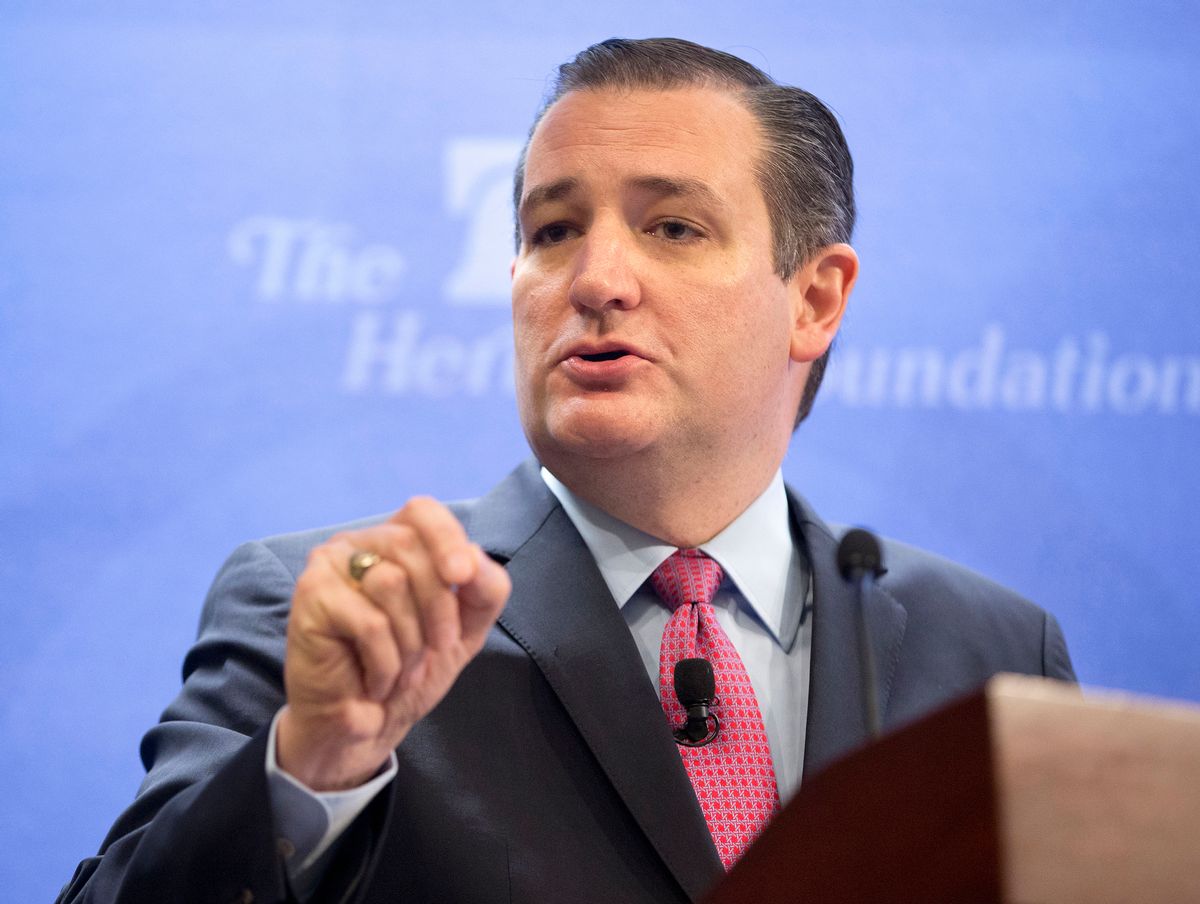 The Republicans have a significant comparative advantage over the Democrats when it comes to information. There are left-leaning media outlets, of course, and they cater to liberals and progressives. But the right has a vast conservative media-industrial complex, anchored in talk radio, that delivers a worldview to an audience whose only source of information is Fox News and talk radio. There’s also a near-uniformity of opinion on the right, which helps to reinforce the prevailing narrative.

When you have a devoted audience that lives inside an information bubble you’ve created, fact and fiction is a distinction without a difference. All that matters are the talking points and the narratives, and if they’re sufficiently preached, they become gospel.

This helps to explain why Ted Cruz is both ascendant and a terrifying threat to the GOP establishment. As the race has unfolded, it’s become clear where each candidate stands and who their constituencies are. Donald Trump and Ted Cruz are the outsider candidates, and one of them will challenge the establishment choice (likely Rubio) at the convention.

This is an anti-establishment year, and the conservative base is dictating the race. That segment of the Republican Party relies heavily on right-wing media for information, which is great news for Ted Cruz.

In the last debate, Cruz tussled with Rubio over their records on immigration reform. Cruz hammered Rubio over his co-sponsorship of the 2013 immigration reform bill, which permitted a path to citizenship for unauthorized immigrants already residing in the United States. Rubio pushed back, noting that Cruz had supported similar legalization proposals. With characteristic conviction, Cruz insisted that “I have never supported legalization.”

This was a lie, though, and team Rubio was waiting patiently for it. Indeed, Rubio's campaign had a video of Cruz contradicting himself in 2013 ready to roll. Unfortunately, Cruz's flip-flopping won’t matter, not in the minds of the conservative base at least. As the Washington Post’s David Weigel wrote, “it might have looked like the Cruz brand was damaged, but his campaign saw no evidence of that.”

And that’s because Cruz’s supporters have been told that Rubio is wrong and Cruz is right. Weigel reported from a recent Cruz rally in Alabama and, to no one’s surprise, found that “many in a crowd of more than 1,300 said that Rubio had lost them by criticizing Cruz, and most could cite the conservative sources they used to assuage their doubts: Fox News, the Drudge Report, Breitbart News.”

“If Donald Trump’s rise has been aided by low-information voters, Cruz is gaining with certain-information voters. They consume different media and admire different heroes than the press that writes gaffe-of-the-day stories or lists of winners and losers. And they are seen as more likely to vote in the defining early contests, especially in the Bible Belt-centered March 1 primaries…’This is an extraordinary change in politics,’ said Jeff Roe, Cruz’s campaign manager. “It’s not just what conservative voters get from the evening news, or Fox, or the newspapers, or talk radio. It’s what they get minute by minute from a conglomerate of conservative news sites.’”

And what conservatives are getting is a Cruz-colored view of the truth, which is “echoed in audio clips of Sean Hannity, Mark Levin and Rush Limbaugh, multiplatform stars who reach millions of conservatives. Each of them, to the delight of the Cruz campaign, has taken his side in the immigration tete-a-tete. Anyone who pays attention to them had heard them enforce the campaign’s message.”

This portends good things for Cruz. If he remains the darling of the conservative punditocracy, his version of the truth will permeate the base and he’ll be insulated from facts and reasoned criticism, even from fellow Republicans. Cliff Sims, the founder of Yellowhammer News (a conservative publication based in Alabama) told Weigel why: “You’ve got a situation, not just in Alabama but all over the country, where people curate their news consumption to affirm their worldview. Inside of that world, brand really matters.”

Right now Cruz’s brand is solid, thanks to the cheerleading of people like Hannity and Limbaugh. If it remains that way, Cruz will have an army of passionately misinformed conservatives behind him, and that may be enough to win the nomination.