Bed death, U-Hauling, processing: Lesbian stereotypes abound -- here's the story on 7 of them

As a former gym teacher who drives a truck, I wondered which stereotypes were based in reality. Here's what I found 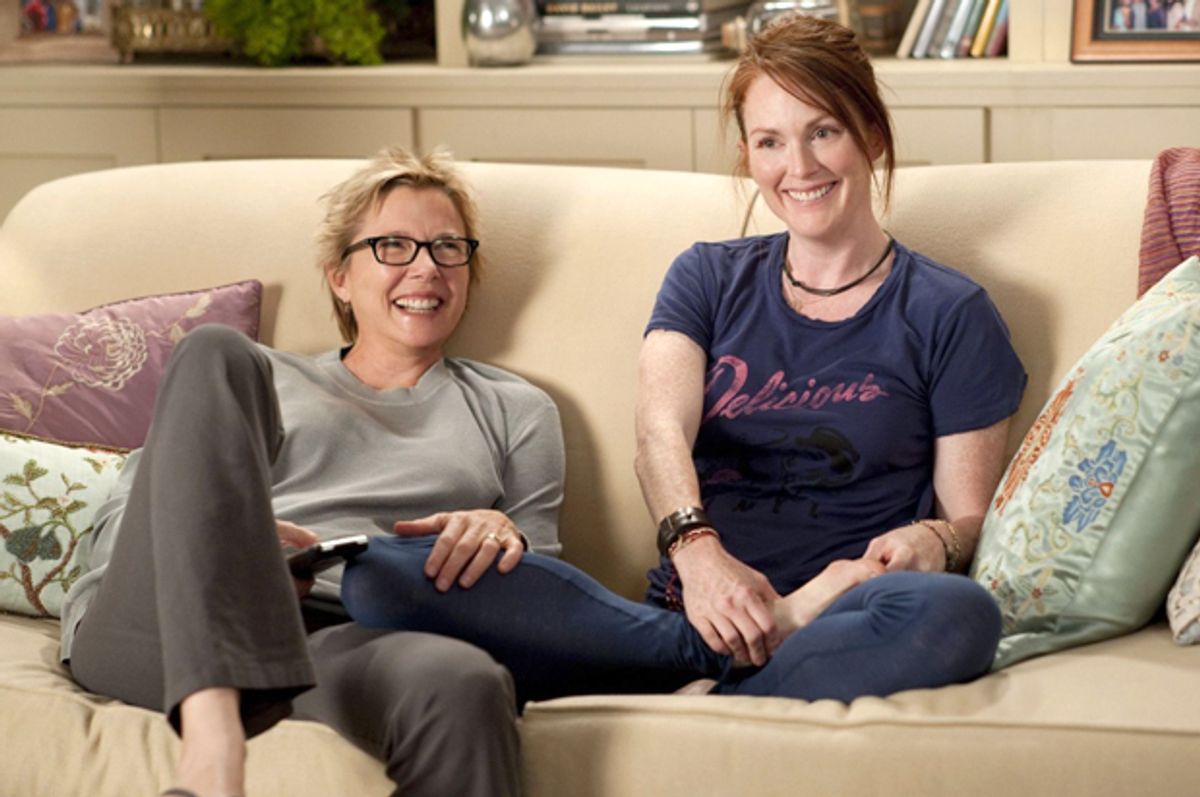 Stereotyping is a necessary evil. Stereotyping simplifies complex information so our brains can easily understand it, reducing the amount of processing we go through when seeing or meeting new people. That said, it also causes us to generalize. If we see one hipster drinking PBR and wearing an “Everyone loves Grandpa!” T-shirt, our brain is like, #YesAllHipsters.

When it comes to lesbians, I was curious if the stereotypes had a basis in reality, partly because I am a former gym teacher who drives a truck and loves cats and has a wardrobe that’s 90 percent flannel. I've probed the data to see if the old lines about U-Hauling, lesbian bed death and others had any statistical sway. The results were surprising.

The most common lesbian joke is often attributed to comedian Lea Delaria, who once remarked: “What does a lesbian bring on a second date? A U-Haul.” This plays into the notion that queer women tend to move in together at lightning-fast speeds. While there are no significant statistics comparing the cohabitation speeds of queer vs. straight women, there is some science that pinpoints why a lesbian couple might move in together sooner than a hetero couple. Some of these reasons have to do with societal norms, financial benefits and hormones.

“U-hauling happens for two reasons,” explains clinical psychologist Lauren Costine at AfterEllen. “Biologically our brains are wired for a relationships and connection. We emit much more oxytocin than men. Oxytocin is a hormone women emit when they’re falling in love, having sex, or breastfeeding. It’s biological encouragement to attach. It feels so good that for some women, in this case lesbians, they can’t get enough. Since there’s two women, there’s twice as much oxytocin floating around.”

And we all know what happens when you leave oxytocin floating around: trips to Bed, Bath and Beyond.

Another oft-recited stereotype is that lesbians are known to process everything to death. Q: How many lesbians does it take to screw in a lightbulb? A: I don’t know. Should we use LEDs? What wattage? Are these recyclable? Maybe this is a sign we should be lowering our carbon footprint. Let’s make a pro and con list of solar panel options and revisit this next year.

Processing is the tendency to overanalyze and overdiscuss every aspect that can be analyzed or discussed. When it comes to relationships, it turns out this works in lesbians’ favor. According to a 12-year study by John Gottman of the University of Washington and Robert Levenson of UC Berkeley, gay and lesbian couples are excellent communicators who use fewer “controlling, hostile emotional tactics” when fighting, such as belligerence, domineering, and fear. “The difference on these ‘control’ related emotions suggests that fairness and power-sharing between the partners is more important and more common in gay and lesbian relationships than in straight ones,” Gottman explained.

The dreaded “bed death,” or the notion that lesbians in committed relationships stop having sex with each other, is a touchy topic. According to Karen Blair of the Society for the Scientific Study of Sex, only 15 percent of lesbian couples engage in sex more than twice a week, compared to 50 percent or more of other comparison groups (straight couples and gay men).

But! While it’s true that lesbians have less frequent sex than their straight counterparts, lesbian sex lasts far longer:

“Women in same-sex relationships reported significantly longer durations of sexual encounters than individuals in all three comparison groups, with their median duration falling within the 30 to 45 minute range, compared to the 15 to 30 minute range most commonly reported by participants in other types of relationships.” Also, almost 10 percent of lesbians get it on for more than TWO HOURS, compared to 1.9 percent of straight couples.

“Furthermore,” Blair explains, “very few women in same-sex relationships reported very brief sexual encounters, possibly providing a hint as to why their sexual frequency numbers tend to be lower than the other three groups.”

4. Lesbians know how to please their partners.

No doubt partially due to lesbians’ excellent communication skills and lengthy lap-nap sessions, lesbians have more orgasms than straight and bi women. A study published in the Journal of Sexual Medicine polled 1,497 men and 1,353 women who'd been sexually active within the past year. Participants were asked to state their gender, sexual orientation and the percentage of time they orgasmed "with a familiar partner."

According to data culled from its four million users, online dating site OkCupid revealed in a survey that “The L Word” was not only the most common phrase used on lesbians’ profiles, it was used so frequently it didn’t even fit on the graph relative to the amount of times lesbians used it. Analysts had to shrink it down to fit OkC’s template. Love it or hate it, if you like ladies, you probably watched the Showtime series that aired from 2004 to 2009. More than once.

Also unsurprising is the prevalence of Tegan and Sara and Ani DiFranco mentions, as well as cult fave TV show "Buffy the Vampire Slayer," which featured one of the first lesbian kiss scenes on U.S. television.

6. Lesbians are kinkier and druggier.

According to OkCupid data again, the attributes lesbians used to describe themselves most often were artsy, adventurous, kinky, and almost half said they were “into drugs.”

Curiously, straight women were more “into sports” (so there goes that lesbian stereotype?), as well as optimistic and far more likely to identify as religious.

In addition to drugs, lesbians and bisexuals tend to drink more alcohol than straight women. Though this rate has been declining in the past two decades, substance abuse is still a big issue when it comes to overall health (especially because queer women are less likely to have insurance and visit doctors regularly).

Research has shown that lesbians tend to have better body images than straight women, possibly because they have a broader definition than the general public of what’s beautiful and sexy. (This also contributes to queer women having better sex, as the better one feels about one’s body, the more enjoyable sex is.) Some researchers posit that because dating a same-sex partner is already a move away from the mainstream, lesbians would also reject cultural messages about the “ideal” female body. Feminist values, which many lesbians ascribe to, also play into lesbians’ tendency to enjoy, celebrate and accept more body diversity than their straight counterparts.