Ben Carson doesn't want to win: His campaign is all about cashing in — and that's the problem

Carson has reached his real goal: Making money on the campaign trail by boosting his brand and giving paid speeches 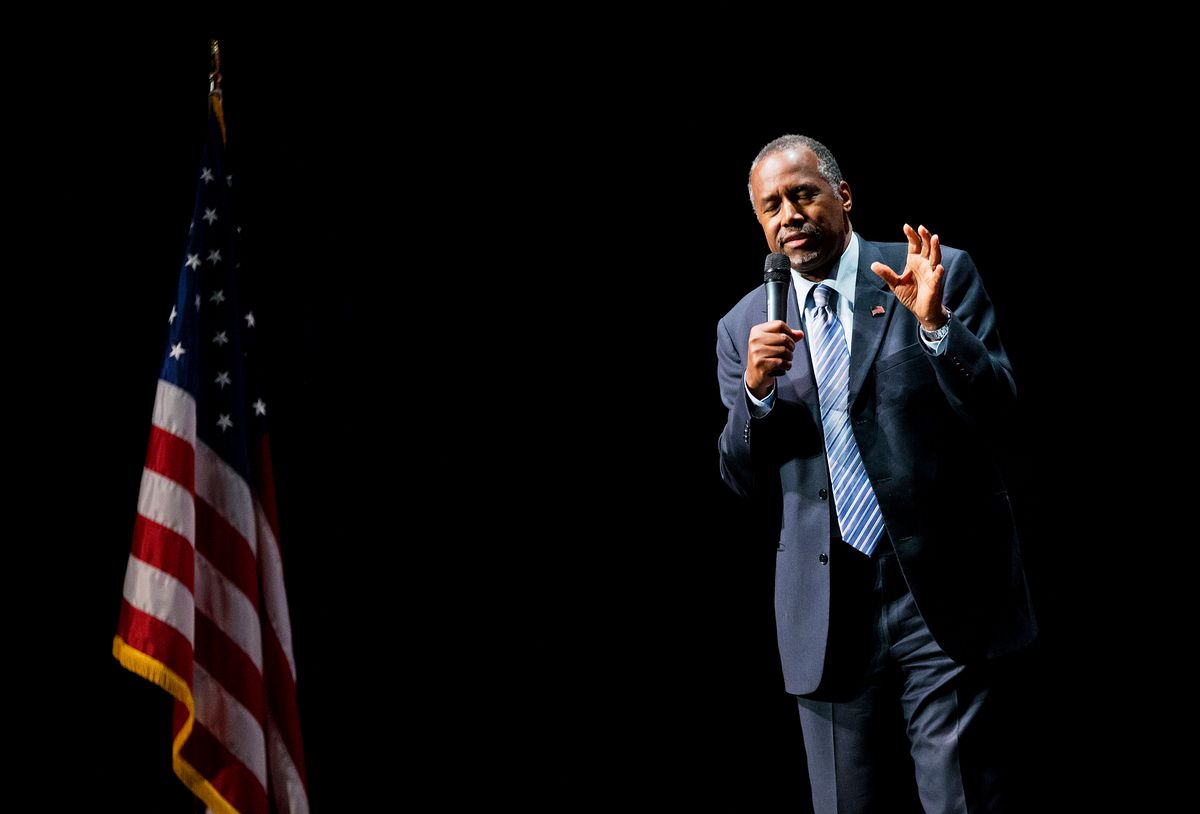 Ben Carson's grand political experiment is just about over. He's plummeting in the polls and he's all but finished in the Republican presidential race. He had a good run, though. For a man with no political knowledge or experience or ideas, he fared remarkably well. At one point, Carson was considered a frontrunner, trailing only Donald Trump. Now he's a distant fourth place, well behind Trump, Ted Cruz, and Marco Rubio.

Don't feel sorry for the good doctor, however. His campaign is only a failure if you assume his goal was to become president of the United States. But if you've followed Carson's career for more than a few months, you know he's more of an entrepreneur than a politician. And so his campaign has to be judged in that context.

As an entrepreneur, Carson has succeeded wildly. According to a new AP report, the doctor has been cashing in on the campaign trail, promoting his brand and giving paid speeches wherever he can:

“All of this is part of a well-honed enterprise that promotes Ben Carson – presidential candidate, political commentator, paid speaker, author, neurosurgeon and champion of children, reading, and God. He has folded into Carson Enterprises his presidential campaign, which has excelled at fundraising, brining in almost $32 million through the end of September ...That fundraising prowess continues, even as his poll numbers decline. His campaign manager, Barry Bennett, said Thursday they raised about $20 million since the beginning of October...Speaking fees over a nearly two-year period raked in $4.3 million. And his nonprofit continues to raise money.”

It's important not to see Carson's private financial gains as tangential to his campaign. It's not as though he set out to run for president and happened to profit enormously as a result. On the contrary, his campaign was itself an entrepreneurial venture. Since announcing his candidacy, Carson has paraded around the country, selling books and giving paid speeches at charity events, corporate meetings, and various other organizations.

As the AP report notes, Carson's book tour website “links to his official campaign website...and Carson's book sales benefit significantly from his political rise. Since he declared his candidacy, more than 52,000 copies of versions of his signature book, 'Gifted Hands,' have sold.”

“Since May,” the report continues, Carson has “been paid to speak at seven events, bringing in between $210,000 and $500,000.” The exact amount is not known, as Carson is not obliged to disclose that information by law, but the specific number isn't important. The broader point is that pretending to run for president is a great business decision, if you're a Republican at least.

If Carson appeared earnest, if he offered something beyond platitudes and smiles, you could argue that his political ambitions are genuine. But that's not the case. Carson surely knows he won't be president, and his indifference to the issues supports that conclusion. However, by merely running for office, he grows his conservative brand and positions himself for private success well beyond 2016.

In September, for example, Carson “was paid between $15,000-$50,000 to speak to an anti-abortion group,” and you can expect more of this long after the nomination battle is over. When Carson takes an obscene position on contraception or when he touts creationism to a conservative audience in Nashville, he's speaking to directly to his customers, to the people who buy his books and pay for his speeches. Much of his lunacy makes sense in this context.

Carson's rolling political business is part of a dangerous trend in American politics, particularly on the right. Candidates like Donald Trump or Herman Cain or Carly Fiorina aren't serious, even if their credulous supporters are too blinkered to notice; they're brand promoters, businesspeople looking to cash in on the attention our disfigured political system offers them.

Democrats like Hillary Clinton make a tremendous amount of money on the lecture circuit, and while that's also ethically problematic, it's not quite the same as what you see in the GOP. Clinton is a lifetime public servant, who clearly wants to be president. Her political ambitions are at least undeniable. Not so with Carson and Trump and Fiorina. These people are exploiting politics for private gain, and their momentary flirtations with public office are an insult to the process.