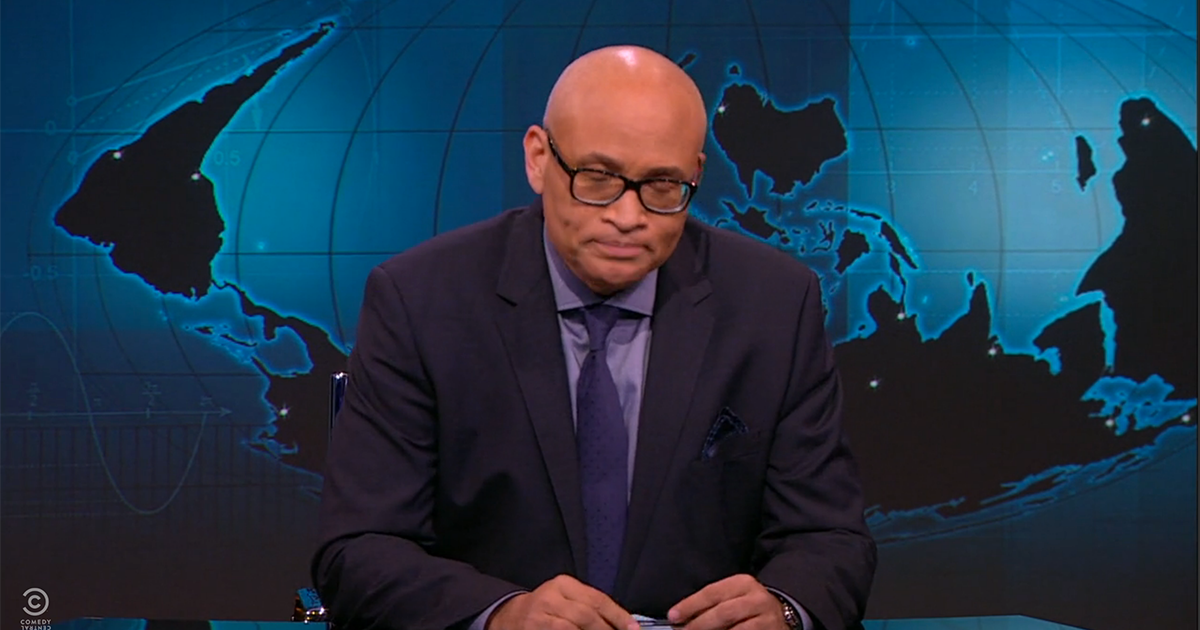 When Larry Wilmore started "The Nightly Show" on Comedy Central it might have been in Stephen Colbert's "Colbert Report" time slot -- but it is anything but the Colbert style. The show got off to a clunky start, focusing only on the round-table discussions. But since it moved to a format closer to what Stewart and Colbert made famous with commentary in the first and second acts, Wilmore has become a natural at political late-night.

Wilmore has also joined the fight against Fox News or what Jon Stewart called "The War on Bullshit." Thanks to Wilmore's accountability meter, the racism that was once only called out by liberal online media is now being dragged from the galvanized steel shed out back and broadcast on TV.

Thanks, Larry. Without you, we wouldn't have had someone to make us feel empowered amid the heartbreak we experienced in 2015. From the War on Bill Cosby to the shootings, here is the best of Larry Wilmore:

The War on Bill Cosby or "That's right mother f*cker, I haven't forgotten about you."

Mass shooting in Lafayette, Louisiana — enough already with these guns!

One year after Michael Brown:

Not talking about guns:

A few others:
Kim Davis:

Obama don't give a f*ck:

The best 2 minutes on the Confederate flag you ever saw: