Perhaps it's best to reserve "Islamophobe" for GOP politicians who speak fondly of turning sand into glass? 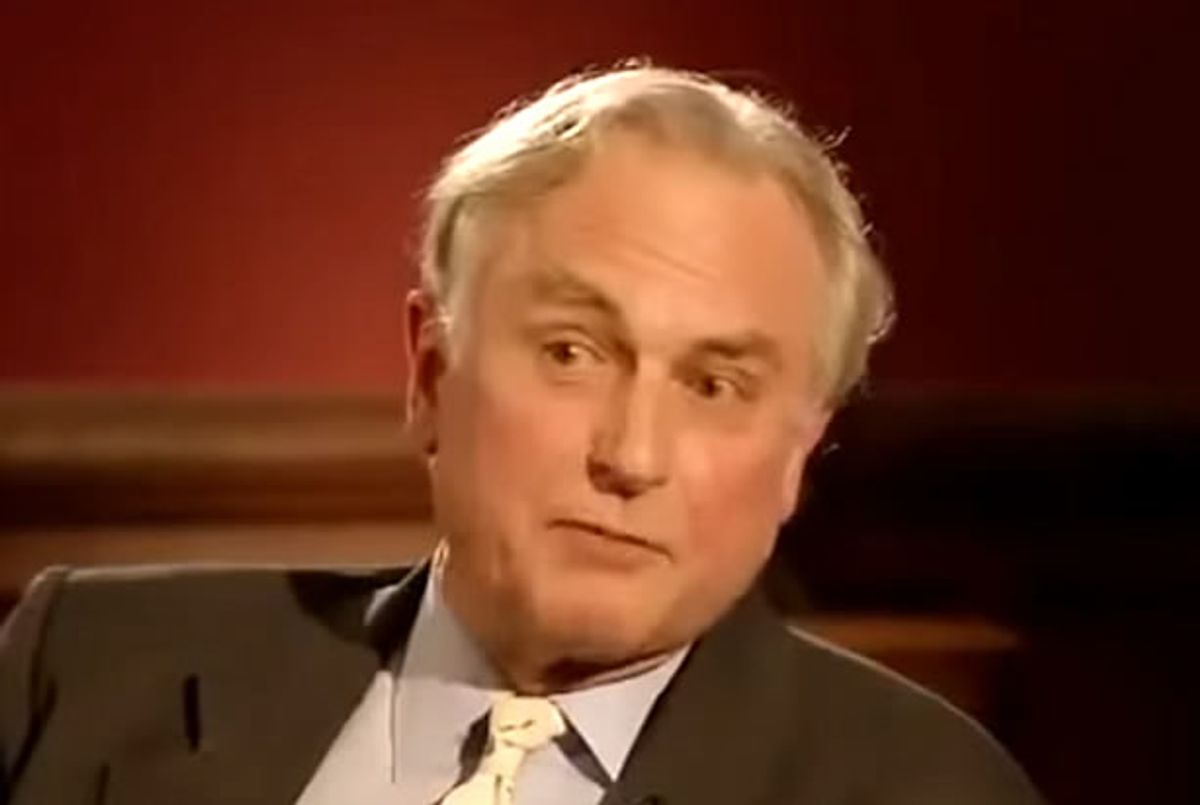 Evolutionary theorist Richard Dawkins is catching flak for abandoning what would have been a hostile interview with the New Stateman's Emad Ahmed.

Instead of applauding Dawkins for even initially agreeing to discuss life, the universe, and everything with a journalist who believes in heaven-bound winged horses, Ahmed said that Dawkins "decided to angrily walk away from our scheduled interview after I confirmed my beliefs in the revelations of the Islamic faith, calling my views ‘pathetic.’" It's almost as if Dawkins decided he'd rather not participate in a rigged debate.

The New Republic's Ryan Kearney noted -- and linked to a 2013 video, included below -- that Dawkins has submitted himself to such interviews in the past, but claimed that the fact that he didn't "storm off the stage" then indicates that "Dawkins is just using his beliefs as cover for his insolence" now. It is also, of course, entirely possible that whatever limit he has for nonsense was already exceeded in that 2013 interview, so he understandably did not want to subject himself to such an ordeal again.

The problem with Kearney's argument is that it's inherently theist, the assumption being that it's the height or rudeness not to grant a theist his or her beliefs in an interview setting. If Dawkins had walked away from an interviewer who believed earthquakes were divine judgment and denied the validity of Charles Lyell's life work, no one would complain -- but because the belief in question involved one of The Big Three, at least as the West imagines it, he's being pilloried.

As a devoted leftist and believer in democractic pluralism, I understand the urgency behind stopping the further ostracism of American Muslims -- I write about it every day -- but as someone who also wrote a dissertation on the history of debates about evolutionary theory and their effect on American culture, I can't help but think that inviting a figure like to Dawkins to his own execution and then complaining when he walked away might not be the best way to start a handsome discussion about inclusivity.

Watch the aforementioned interview Dawkins gave to a theist in 2013 below via YouTube.