Austerity is their best weapon: How the rich and powerful sold inequality to the masses 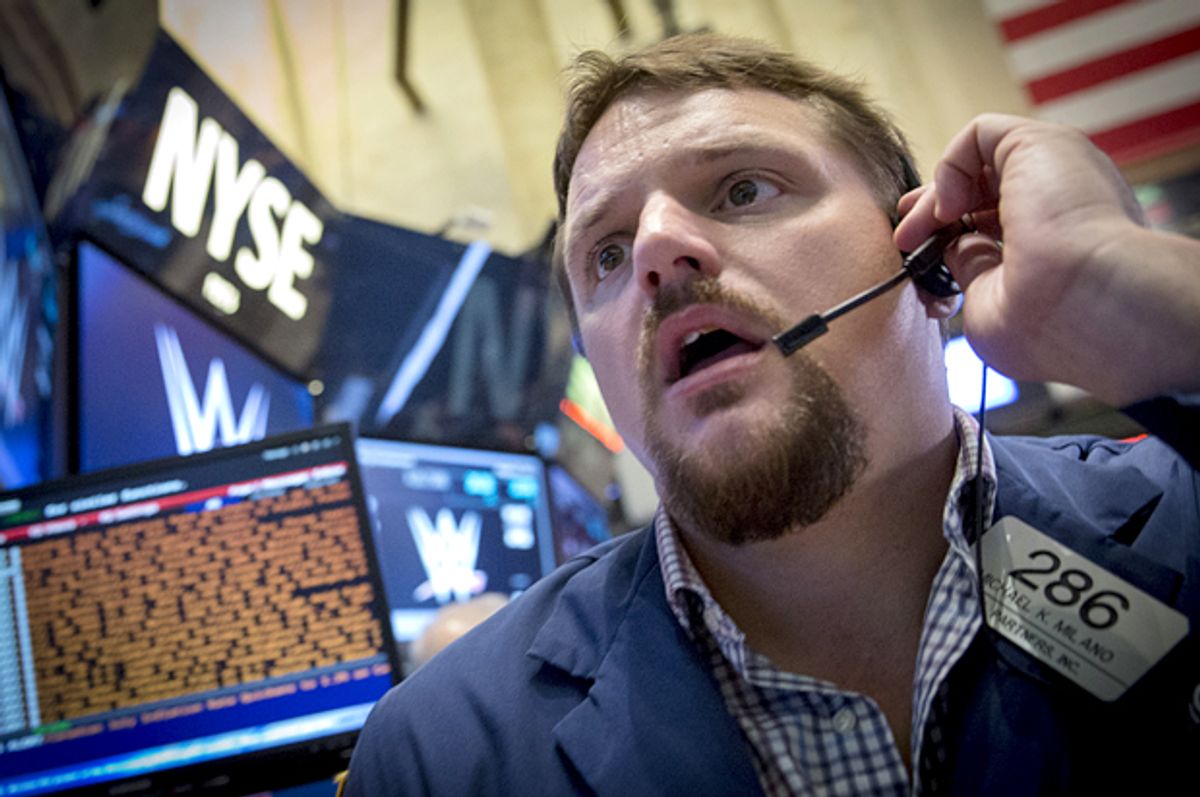 Orsola Costantini, Senior Economist at the Institute for New Economic Thinking, is the author of a new paper which exposes the disturbing history of how a budget approach cloaked in scientific and technical jargon became a tool to manipulate public opinion and serve the interests of the powerful. In the following conversation, she reveals how austerity has been sold to the public through a process that hurts the people, consolidates knowledge and power at the top, and compromises democracy. As economic inequality reaches new heights and austerity programs are debated around the world (most recently, in Spain and Portugal), learn how a lie becomes a political and economic “truth." *This post originally appeared on the blog of the Institute for New Economic Thinking.

Lynn Parramore: Your recent work deals with something called the “cyclically adjusted budget.” What is it and what does it mean in the lives of ordinary people?

Orsola Costantini: The Cyclically Adjusted Budget (CAB) is a statistical estimate that aids government officials when they decide what to spend money on and how much they’re going to tax you. It is mostly federal governments that use it, but also international institutions like the International Monetary Fund (IMF).

Economists will tell you this tool is imprecise. Yet national and international institutions still rely on it to justify important decisions about government spending and taxation.

But there’s something the experts aren’t telling you: the cyclically adjusted budget can be easily maneuvered depending on which way the political winds are blowing. And it appears technical and obscure enough so that regular people tend to look at it as objective and undisputable. That’s where the trouble comes in.

Politicians and government officials using the CAB can limit the range of political choices that appear viable to a community. Policymakers can avoid the hassle of taking political responsibility for these choices, too. We had to do it! The budget says so!

Look at what happened all over Europe in 2008: It’s one thing to say to students in the streets that their education and economic wellbeing are not a priority for the government while saving banks is. It’s quite another to say that politics has nothing to do with it and the economy requires taking certain actions, sometimes painful.

LP: You indicate that this approach to budgeting was invented as a way of making the New Deal acceptable to the business community. How did that work? Over time, who has benefitted from it? Who has lost?

OC: Back in the 1940s, workers were fighting for their rights, class struggle was heating up, and soldiers would soon be returning from the fronts. At that point, a new business organization, the Committee for Economic Development (CED), came together. Led by Beardsley Ruml and other influential business figures, the CED played a crucial role in developing a conservative approach to Keynesian economics that helped make policies that would help put all Americans to work acceptable to the business community. The idea was that more consumers would translate into more profits — which is good for business. After all, the economic experts and budget technicians said so, not just the politicians. And the business leaders were told that economic growth and price stability would go along with this, which they liked.

But things changed progressively over the 1970s and early 1980s. Firms went global. They became financialized. The balance of power between workers and owners started to shift more towards the owners, the capitalists. People were told they needed to sacrifice, to accept cuts to social spending and fewer rights and benefits on the job — all in the name of economic science and capitalism. The CAB was turned into a tool for preventing excessive spending — or justifying selected cuts.

Middle class folks were afraid that inflation would erode their savings, so they were more keen to approve draconian measures to cut wages and reduce public budgets. People on the lower rungs of the economic ladder felt the pain first. But eventually the middle class fell on the wrong side of the fence, too. Most of them became relatively poorer.

I suppose this shows the limits of democracy when information, knowledge, and ultimately power are unequally distributed.

LP: You’re really talking about birth of austerity and the way lies about public spending and budgets have been sold to the public. Why is austerity such a powerful idea and why do politicians still win elections promoting it?

OC: Austerity is so powerful today because it feeds off of itself. It makes people uncertain about their lives, their debts, and their jobs. They become afraid. It’s a strong disciplinary mechanism. People stop joining forces and the political status quo gets locked down.

Even the name of this tool, the “cyclically adjusted budget,” carries an aura of respect. It diverts our attention. We don’t question it. It creates a barrier between the individual and the political realm: it undermines democratic participation itself. This obscure theory validates, with its authority, a big economic mistake that sounds like common sense but is actually snake oil — the notion that the federal government budget is like a household budget. Actually, it isn’t. Your household doesn’t collect taxes. It doesn’t print money. It works very differently, yet the nonsense that it should behave exactly like a household budget gets repeated by politicians and policymakers who really just want to squeeze ordinary people.

LP: How does all this play out in the U.S. and in Europe?

OC: The European Union requires its members to comply with something called a cyclically adjusted budget constraint. Each country has to review its economic and fiscal plans with the European Commission and prove that those are compatible with the Pact. It’s a ceiling on a country’s deficit, but it’s also much more than that.

Thanks to the estimate, the governments of Italy or Spain, for example, are supposed to force the economy toward some ideal economic condition, the definition of which is obviously quite controversial and has so far rewarded those countries that have implemented labor market deregulation, cut pensions, and even changed the way elections happen. Again, it’s a control mechanism.

In the U.S. this scenario plays out, too, although less strictly. Talk about the budget often relies on the same shifty and politically-shaded statistical tools to support one argument or the other. Usually we hear arguments that suggest we have to cut social programs and workers’ rights and benefits or face economic doom. Tune in to the presidential debates and you’ll hear this played out — and it isn’t strictly limited to one party.

LP: How do we stop powerful players from co-opting economics and budgets for their own purposes?

OC: Our education system is increasingly unequal and deprived of public resources. This is true in the U.S. but also in Europe, where the crisis accelerated a process that was already underway. When children don’t get good educations, the production of knowledge falls into private control. Power gets consolidated. The official theoretical frameworks that benefit the most powerful get locked in.

In the economic field, we need to engage different points of view and keep challenging dominant narratives and frameworks. One day, human curiosity will save us from intellectual prostitution.