Congress wants to hide the truth from you: Pols again shamelessly refuse to lift ban on gun violence research 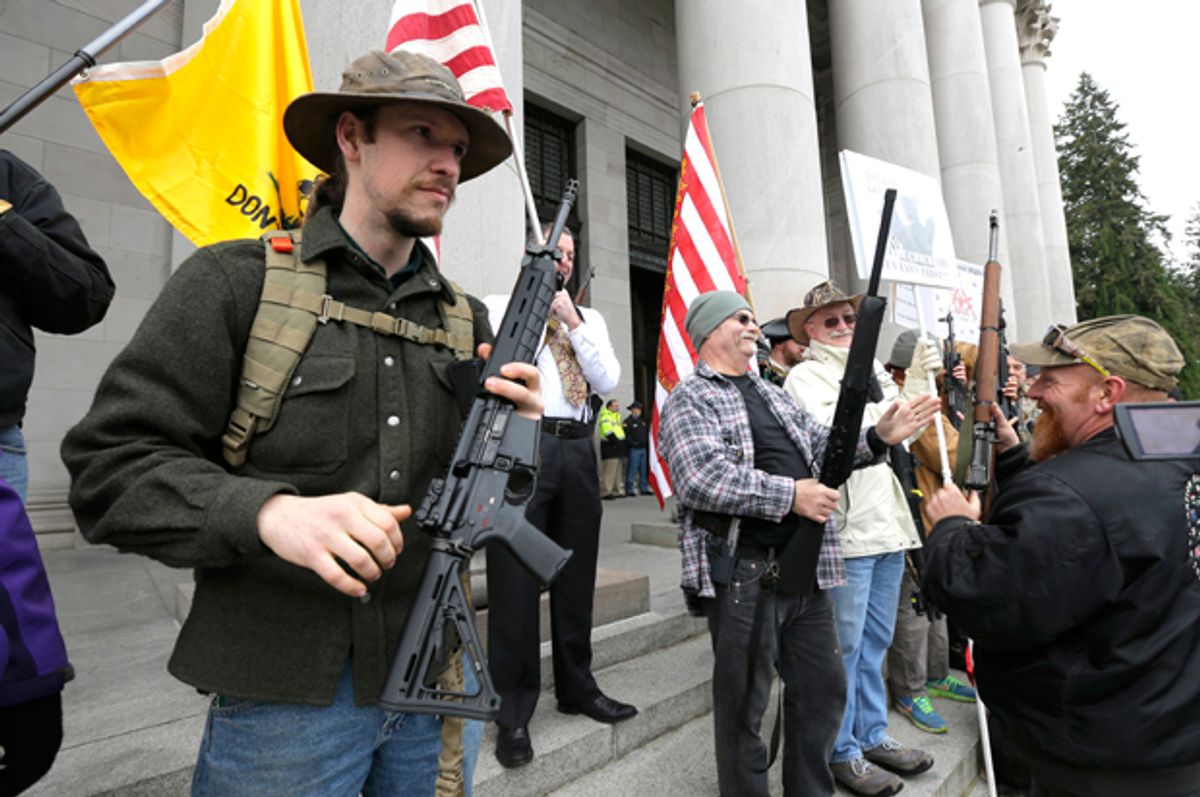 There will be another mass shooting soon. We don't know where or when, but it will happen. Every time it does, though, it feels less urgent, more banal. It's something we've learned to live with, maybe even accept. One of the more frustrating aspects of the gun problem in general — and the mass shooting problem in particular — is the familiarity of our responses to it. Each time a lunatic with a gun unloads in a classroom or a movie theater or a federal building, cable news covers the story, social media lights up with rage, and the partisans of the Second Amendment rush to defend gun rights.

The argument seems intractable: each side has their narrative (even their own facts) and nothing that contradicts it is ever considered. As a result, it's nearly impossible to have a reasonable conversation about guns. Guns aren't unique in this respect — all political issues are similarly fraught with biases – but the gun problem is unusually consequential. People are dying on account of our inaction, and if there is a solution to be found, it's a national tragedy that we haven't discovered it.

A key obstacle to progress on this issue is the lack of data. Some research on gun violence and its effect on public health has been done, but not nearly enough, and that's because we have an unconscionable ban on federal research, which has been in place for nearly two decades.

“Last week,” as The New York Times reported, “Congress, doing the bidding of the gun industry, quietly killed a provision in the omnibus spending bill that would have reversed this ban. In so doing, it left intact an anti-science smokescreen that has helped the industry and its lobbyists deny and dispute the facts of the gun violence that takes more than 30,000 lives a year.”

Whatever your position on guns, there's no reason to oppose research of this kind unless your aim is to subvert the truth. If you're a passionate defender of the Second Amendment, if you oppose gun control because you think it makes us less safe, you should welcome this research. More knowledge can only improve things - for everyone. Even the original Republican sponsor of Congress's gag order, Jay Dickey, now laments it. “I wish we had started the proper research and kept it going all this time," Dickey told the Huffington Post earlier this year. "I have regrets.”

The gun industry is blocking this research because it doesn't care about public safety or even the Second Amendment. Gun manufacturers want to make money selling firearms – everything else is an afterthought. So it's understandable that they'd work to prevent federal funding of gun violence research. As things currently stand, the gun industry has an obscene amount of influence on what research gets funded and which doesn't. The less involved the federal government is, the more easily they're able to fund their own propaganda, as the tobacco and fossil fuel industries have done for years.

But Republican lawmakers (and the GOP presidential candidates who have remained conspicuously silent on this issue) have no such excuse. Unless they're actively shilling for the gun lobby, there are no rationale objections to learning more about what everyone acknowledges is a dire problem. That Congress is allowed to do this without any meaningful conversation is as depressing as it is clarifying.

So the next time a mass shooting occurs and you hear a lawmaker or pundit pontificate about the follies of gun control, remember this bill. The lack of dispassionate research is what allows the partisans to muddy the waters and cherry-pick statistics. Anyone who opposes – or opposed – the reversal of the federal ban on research is a fraud with no real interest in the truth. For that reason, every single presidential candidate should be asked where they stand on this question.

The answers would be awfully instructive.