Hillary Clinton is more right wing than you think: For progressives, a vote for her over Bernie Sanders is a waste

On many contentious issues, Hillary Clinton has acted more like a Republican than a progressive 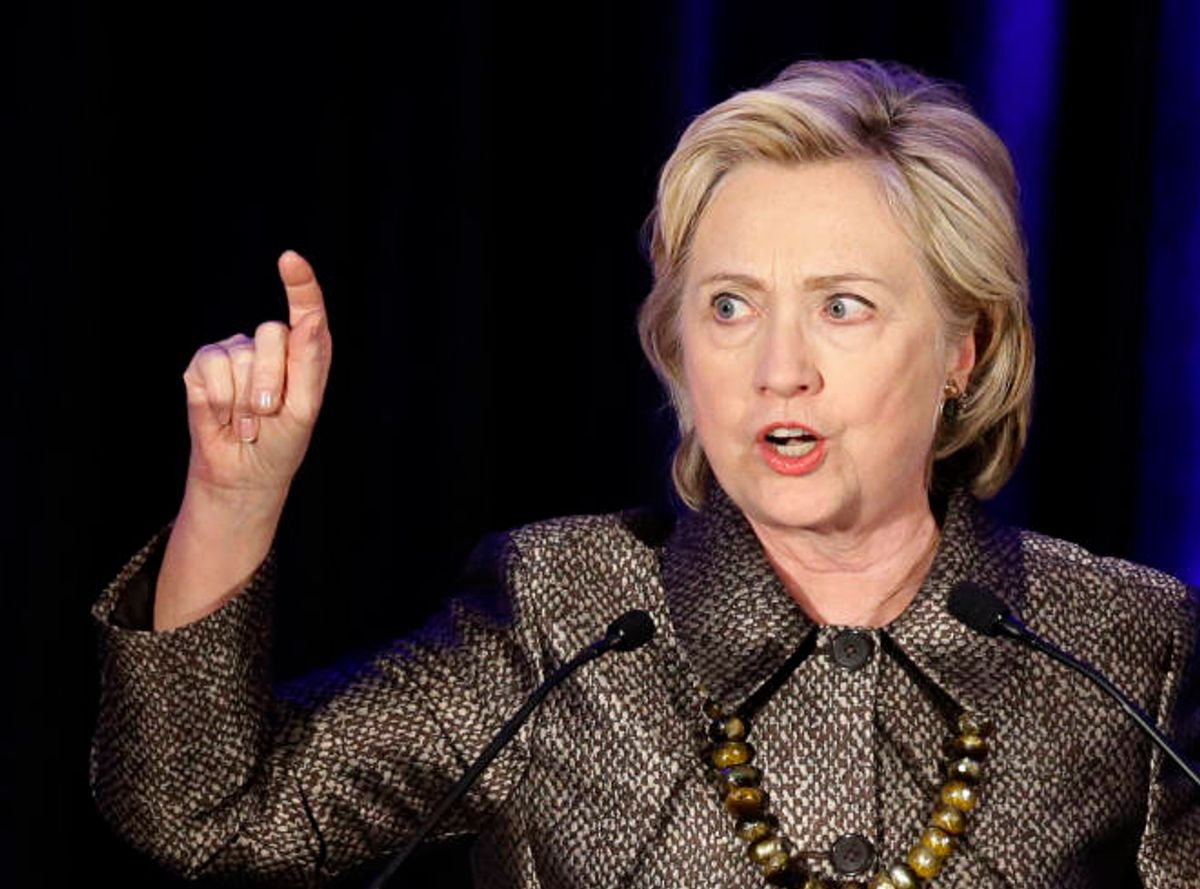 Racism, wealth inequality, Wall Street greed, and perpetual wars are perhaps the biggest moral dilemmas we face as a nation. On all these topics, Bernie Sanders has remained steadfast and adamant, ignoring poll numbers and standing upon principle. Sanders has either moved Hillary Clinton towards a progressive stance (she once supported the TPP trade agreement over 40 times, but now opposes it because of Sanders), or Vermont's senator has challenged Bush's Iraq invasion and championed progressive values long before poll numbers made them popular.

On contentious issues that a Democratic politician could have lost political power for advocating, Hillary Clinton has acted more like a Republican, than a progressive. First, Clinton's 2008 campaign against Obama was a more nuanced version of Trump's insane rhetoric against Muslims and Mexican immigrants. According to The New York Times, South Carolina Rep. James Clyburn stated in 2008 that it was almost "unanimous" among African Americans that Mr. and Mrs. Clinton were "committed to doing everything they possibly can to damage Obama to a point that he could never win."

This quote, by the way, is found in an article titled "Black Leader in House Denounces Bill Clinton's Remarks."

Is it not racism when a Democrat acts in this manner? If Trump was "committed to doing everything" to "damage Obama to a point that he could never win," then what would progressives be saying about such campaign tactics?

South Carolina Rep. James Clyburn also stated that "black people are incensed over all of this" and that after all the support African American voters gave the Clintons, "I think black folks feel strongly that that this is a strange way for President Clinton to show his appreciation."

Generally, it's Republicans who run Willie Horton ads, digging deep into a well of American racism in the hopes of gaining votes. Progressives also don't utilize "dirty tricks" involving Islamophobia (cited by the Obama campaign in 2008), or accept money from two major prison lobbyists. The height of privilege is pretending these things never happened, simply because a candidate has a "D" next to her name.

However, Hillary Clinton did utilize a 3:00 a.m. ad with a "racist sub-message."Regarding how the ad was utilized, Harvard's Orlando Patterson stated "It is striking, too, that during the same weekend the ad was broadcast, Mrs. Clinton refused to state unambiguously that Mr. Obama is a Christian and has never been a Muslim." Like Trump, Clinton utilized Islamophobia, only the watchdogs of such tactics never blow the whistle when the name "Clinton" is involved, or when Supreme Court justices are at stake.

Harvard's Orlando Patterson also made a relevant correlation to Nixon, stating"Richard Nixon's Southern strategy was built on this premise, using coded language — 'law and order,' 'silent majority' -- to destroy the alliance between blacks and white labor that had been the foundation of the Democratic Party..." Ultimately, Clinton utilized a Republican strategy against Obama in 2008; polls can't erase the past.

Coupled with a surreptitious use of racism in 2008 is an overt acceptance of prison lobbyist donations. According to The Huffington Post, "Lobbying firms that work for two major private prison giants, GEO Group and Corrections Corporation of America, gave $133,246 to the Ready for Hillary PAC." Again, I've yet to hear a Clinton supporter defend prison lobbyist donations.

Pertaining to his role in mass incarceration, President Clinton recently said "I signed a bill that made the problem worse" and "I want to admit it." Therefore, why on Earth did Hillary Clinton's campaign accept $133,246 from the same interests Bill apologized for bolstering as president?

Ironically, some voters have no problem with Clinton's weapons deals and "neocon" foreign policy, but view the 2nd Amendment as glaring typo within the Bill of Rights.

As 55 people died in Iraq on Saturday, the holiest day on the Shiite Muslim religious calendar, Sen. Hillary Clinton said that much of Iraq was "functioning quite well" and that the rash of suicide attacks was a sign that the insurgency was failing.

"The fact that you have these suicide bombers now, wreaking such hatred and violence while people pray, is to me, an indication of their failure," Clinton said.

Is there any justification for Clinton saying the Iraqi insurgency was failing, even after a full blown civil war had already commenced in Iraq?

While the finance industry does genuinely hate [Elizabeth] Warren, the big bankers love Clinton, and by and large they badly want her to be president.

Is there a Clinton supporter on the planet who can explain why Wall Street bankers "badly want" her as president?

As for her similarities to Republicans, it's alarming that Nixon biographer Evan Thomas (like Orlando Patterson) correlated Clinton's character to Nixon in a Wall Street Journal piece titled "Hillary Millhouse Nixon":

Lately, Mrs. Clinton has shown some Nixonian tendencies to try to stonewall and cover up. Her handling of the Clinton Foundation and email controversies is right out of the Nixon play book: Treat every new revelation as old news, attack the messenger as biased, reveal only what you have to — the old "modified, limited hangout," in the parlance of Nixon aide John Ehrlichman

It's telling that a Nixon biographer sees various similarities to Hillary Clinton. Like Thomas, I explained Clinton's correlation to Nixon in a Hill piece titled "If Nixon had email, he'd have been just like Hillary Clinton."

In contrast, Bernie Sanders and his campaign are bolstered by genuine progressive ideals, not political expediency. A Boston Globearticle titled Bernie Sanders' surge is partly fueled by veterans explains the energy and enthusiasm of the Sanders campaign:

"He is revered," said Paul Loebe, a 31-year-old who served in both Iraq and Afghanistan during eight years of active duty...

"He's very consistent with where he stands. He's the first politician that I've believed in my life."

Like Mr. Loeb, Bernie Sanders is indeed the only politician I've ever trusted in my life besides Elizabeth Warren. Conversely, 61% of American voters distrust Clinton according to polls.

Clinton as president can't influence the NRA, but she can utilize the AUMF to wage endless wars. Only Bernie Sanders upholds the progressive values many establishment Democrats like Clinton jettisoned for political power. For this reason, it's only logical to choose Sanders over Clinton, if ideals like ending perpetual war, wealth inequality, and racism mean anything to Democrats in 2016.