LeBron James can't fix Cleveland: Race, Tamir Rice and the burden of being a city's King

Missouri's football team bravely stared down campus racism. It's too much to expect James to solve Cleveland's ills 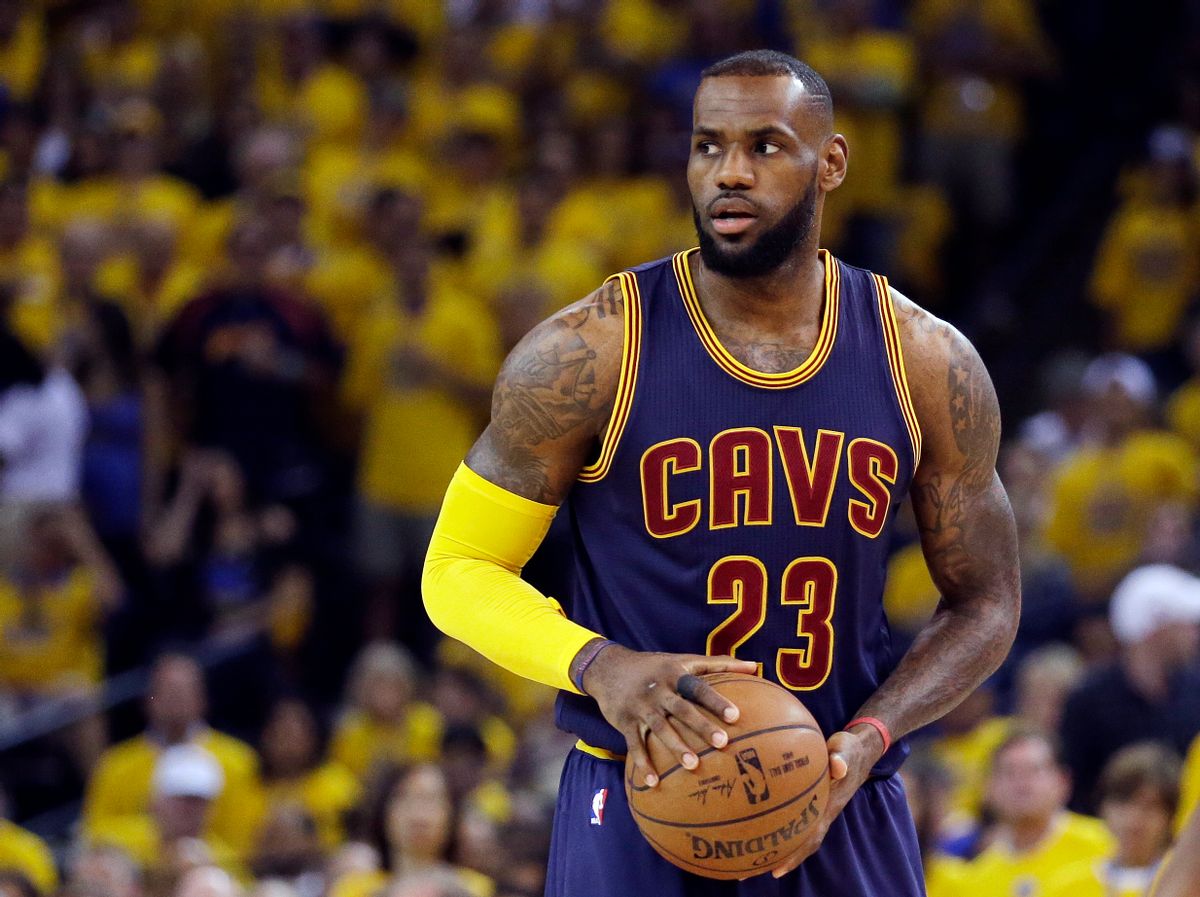 Twelve-year-old Tamir Rice was murdered by cops in Cleveland. This week, a Cleveland grand jury decided not to indict the two officers involved in the incident. And Tamir Rice’s killing took on national visibility—undoubtedly a good thing when it comes to raising awareness of institutional racism and tackling the problem of system change. Cleveland, more than any other place in the country, has to reckon with what happened.

That’s why it came as no surprise that, in the wake of the grand jury’s decision, activists called for Cleveland Cavaliers’ superstar LeBron James to sit out basketball games in hopes of prompting a Department of Justice inquiry into the case. As I noted earlier this week, LeBron is one of the new NBA’s most outspoken players. He was on the leading edge of NBA players willing to speak out on the deaths of Trayvon Martin and Eric Garner. That James is the most powerful and influential figure in the sport makes his words and actions all the more resonant—not to mention more likely to bring other players into the fray.

But Tamir Rice died in Cleveland, which makes the situation decidedly trickier for the city’s favorite son. As committed as James may be to raising awareness of American racism, he has also developed a strong personal narrative around uplifting the city while preserving its working-class grit. When it comes to the Tamir Rice verdict, LeBron James is caught between two communities that he understands and embraces.

Does LeBron James really want to call out Cleveland, institutions like its courts and police force, and maybe even its individual citizens? This would mean holding the city as a whole accountable for what happened to Tamir Rice—and what hasn’t happened since. Grim as it may be, the fact remains that suggesting cops not kill people remains a divisive issue. For LeBron to sit out games, as many have urged him to, would be taking the strongest stance possible. While the NBA may be willing to let go of the millions of Americans who ride for the Second Amendment, it’s doubtful that—as a brand construct or as an actual human being—LeBron James has any interest in creating fissures within Cleveland. Calling out institutions and asking individuals to take stock of their own attitudes surrounding the Tamir Rice issue is the opposite of encouraging unity.

That’s where we run up against the limits of athlete activism. Certainly, LeBron James choosing social justice over Cleveland would be a bold act. It would also pose a tremendous risk that, unlike Adam Silver’s mobilization of the NBA, isn’t necessarily supported by sound business motives. LeBron James has, up until this point, been able to champion parallel narratives. In this case, bringing the two into direct conflict with each other could erode his relationship with Cleveland, if not bring on an active backlash.

LeBron is in an impossible position—as a black man, as a Clevelander, and as someone who understands better than any other celebrity what it means that Tamir Rice was killed and nobody faces any consequences for it. James is as close to an authority on the matter as any public figure could possibly be. But even asking his city to confront these issues—to understand them from his presumably nuanced perspective—could be seen as a provocation.

Given how delicate the matter is, expecting LeBron to sit out games seems like an extreme ask. But there are certainly precedents for this nuclear option yielding results. This year’s boycott by the University of Missouri’s football team ended up prompting major changes in the university’s administration. When Donald Sterling, the truly loathsome former owner of the Los Angeles Clippers, was caught on tape spewing racist invective, there were rumblings that the Clippers and the Golden State Warriors (their opponents in the first game since the Sterling tapes had surfaced) would refuse to take the floor unless Sterling either stepped down or was deposed. Perhaps because of this threat, the NBA intervened and smacked down Sterling before the players had a chance to follow through.

What makes these cases different from LeBron’s situation is that neither the Missouri team nor the Clippers was trying to juggle dual loyalties. The Missouri players had targeted the university as the problem, not a potential partner. They sought to reform an institution that they were a part of. The Clippers and the Warriors were basketball players who had identified a very real problem within the sport and had decided that taking extreme action was the best way to send a message. Granted, both cases involved larger issues of race and perhaps class (yes, NBA players are still technically workers compared to team owners).

LeBron, on the other hand, has every reason to tread lightly. He seems to sincerely care about both victims like Tamir Rice and the city of Cleveland. The problem is that Cleveland killed Tamir Rice. We can’t very well expect James to choose one side or the other. But if he has a special responsibility to weigh in, LeBron James is also uniquely suited to go a third route and open a real dialogue. To some, this might appear wishy-washy. In the grand scheme of things, though, it’s a far more original—and maybe even productive—way forward. Helping change Cleveland, rather than challenge it, might offer a model for other athletes that goes beyond acts of protest.