Economic apartheid: Explosive report shows how rich Americans have their own "private tax system that saves them billions"

The U.S. tax system is essentially regressive, and rich elites use the money they save to buy political influence 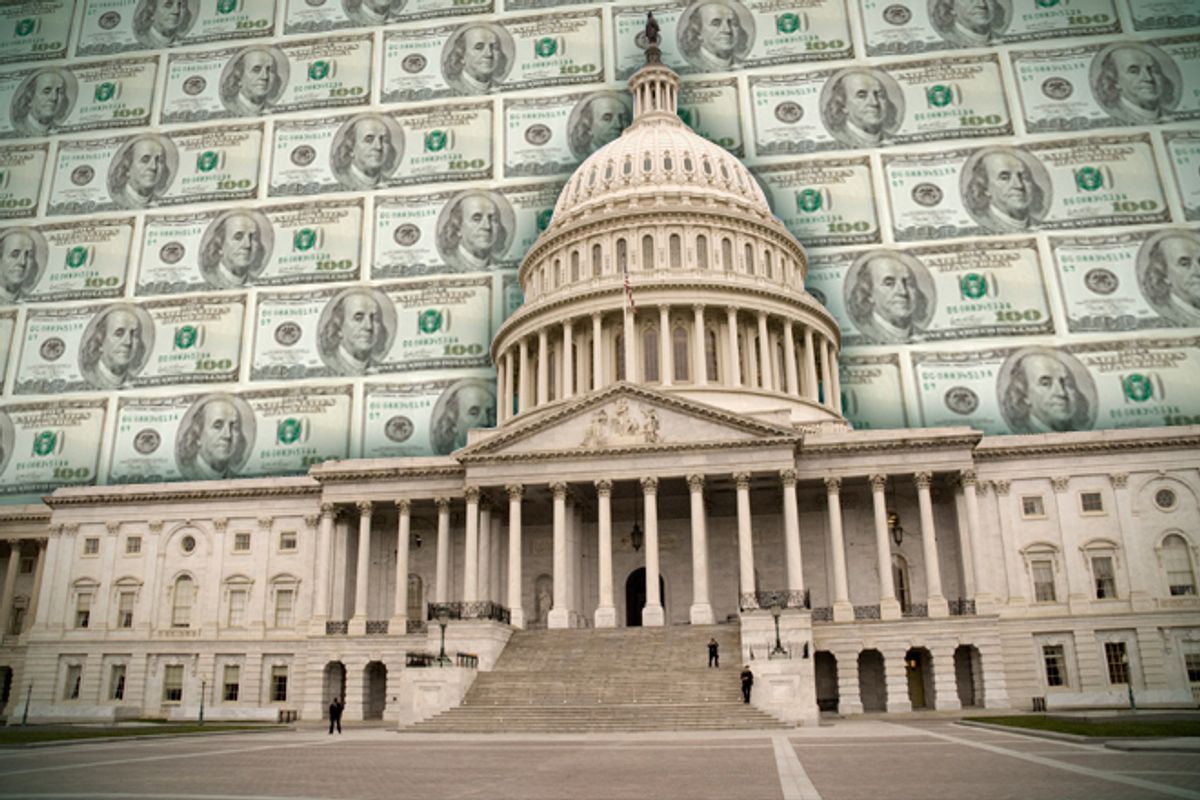 A system of governance in which different segments of society live under distinct sets of laws is an apartheid regime. An explosive report by The New York Times shows how the U.S. is ruled by a system of economic apartheid — one in which the rich have their own set of laws, while everyone else toils under a separate, harsher legal system.

American economic apartheid was made perhaps most evident when a rich teen got off of manslaughter charges by claiming he suffered from "affluenza," or having too much money. Yet the problem runs much deeper, and pervades the political system itself, the new report shows.

"We do have two different tax systems, one for normal wage-earners and another for those who can afford sophisticated tax advice," a legal expert told the Times. "At the very top of the income distribution, the effective rate of tax goes down, contrary to the principles of a progressive income tax system."

The rich have their own "private tax system that saves them billions," the publication explains. This separate, private tax system exists for just several thousand Americans, out of a population of 320 million.

Wealthy Americans have access to institutions and opportunities that are rarely available to the working class, such as tax courts and even private negotiations with the IRS. They see it as an investment. A political scientist told the Times the rich "pay millions of dollars for these services, and save in the tens or hundreds of millions in taxes."

This "sophisticated and astonishingly effective apparatus for shielding their fortunes," as the Times calls it, is referred to as the "income defense industry," and consists of "a high-priced phalanx of lawyers, estate planners, lobbyists, and anti-tax activists who exploit and defend a dizzying array of tax maneuvers, virtually none of them available to taxpayers of more modest means."

The rich use wealth management firms called “family offices” to minimize taxes as much as possible. Family offices were created by the Rockefeller family in the late 19th century, and surged in popularity during the rise of neoliberalism in the 1980s. The strategies family offices use to avoid taxes are complex, but they often rely on simple methods:

Many of these strategies are legal, the Times reports, while some are "in a legal gray area." Yet, even when the tactics are illegal, the Internal Revenue Service is often unable to step in.

A former IRS official told the Times the tax agency lacks the resources needed to catch these complex tax schemes. The IRS has faced large budget cuts and intense political pressure in recent years. Another former official said "IRS enforcement is either absent or diminished."

Unsurprisingly then, as time goes on, the rich are paying less and less taxes. In the 1990s, the 400 richest Americans paid close to 27 percent of their income in federal taxes. As of 2012, they were paying just 17 percent — about the same tax rate as a family making $100,000 annually.

Furthermore, from the beginning of 2009 to the end of 2012, federal income tax rates on individuals did not change, but taxes paid by the richest one-thousandth of Americans dropped from an average of 20.9 percent to 17.6 percent.

"Whatever tax rates Congress sets, the actual rates paid by the ultra-wealthy tend to fall over time as they exploit their numerous advantages," the Times reports.

On average, the richest 400 Americans each made $336 million in 2012. They did not take this money in the form of a traditional salary or wage, however, instead using these complex loopholes, making their income much harder to tax.

The Times study shows the rich are not just economically powerful; they are politically powerful too. Not only do corporate elites save billions in taxes; they use their money to buy influence in the political system.

Industry groups spend exorbitant sums of money lobbying government officials to keep taxes low and to safeguard loopholes. The ultra-rich donate to right-wing groups that "have attacked virtually any effort to raises taxes on the wealthy," the Times reveals.

"The inheritance tax has been a primary target," the publication notes. Rich families have poured massive resources into pushing for the elimination of the inheritance tax -- a policy that is now supported by the majority of the Republican presidential candidates.

Many of these rich elites are libertarian-leaning, and donate to Republican politicians, but some donate to Democratic politicians as well. The wealthiest 400 Americans have provided a large chunk of the funding for the presidential candidates in the present campaign.