So much for tolerance: Israel bans Arab-Jewish romance novel for promoting interracial relationships

While Israeli anti-miscegenation groups threaten Arabs for relationships with Jews, books are banned in school 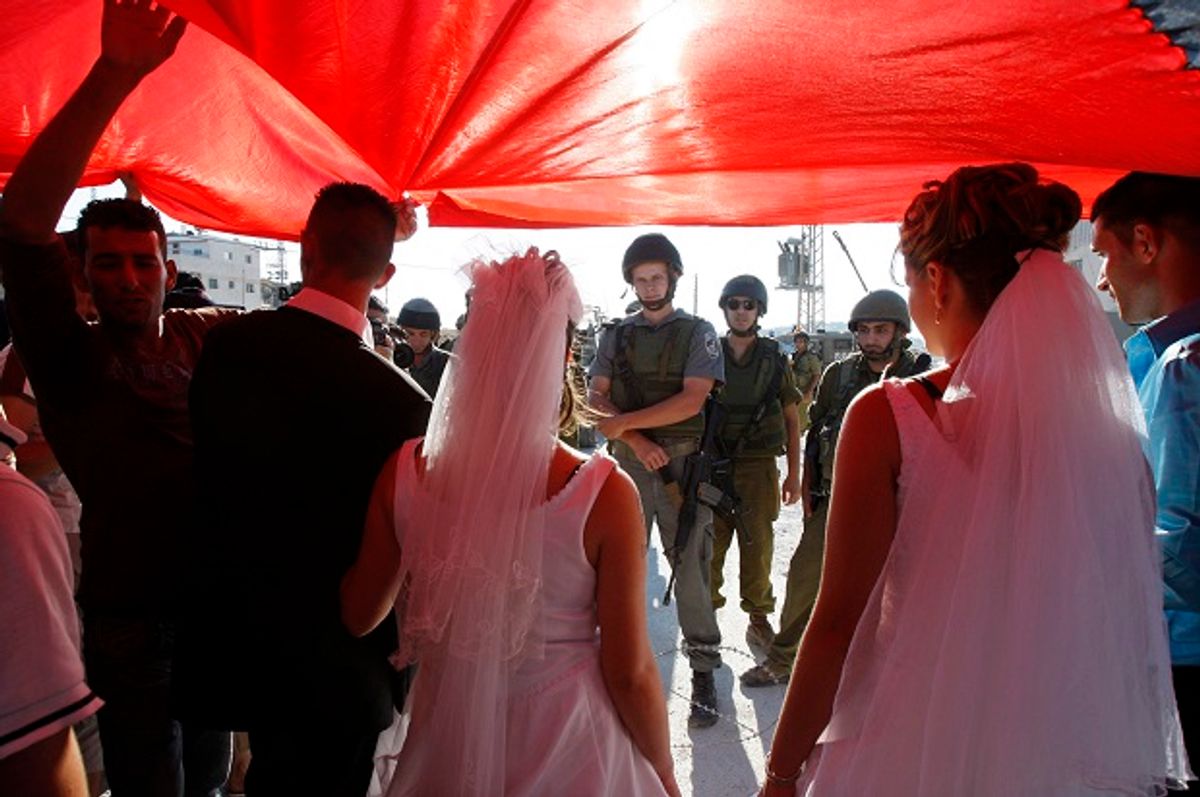 The Israeli government banned a romance novel depicting an interracial Jewish-Arab relationship from schools, according to reports in the Israeli media.

Israel's education ministry ruled that the book "Gader Haya" ("Hedgegrow" in Hebrew, but translated into English as "Borderline") cannot be used in high schools, claiming the love story threatens "the identity and the heritage of students in every sector."

In the justification for its decision, education ministry officials insisted "intimate relations between Jews and non-Jews threaten the separate identity," warning that "young people of adolescent age don't have the systemic view that includes considerations involving maintaining the national-ethnic identity of the people and the significance of miscegenation."

Prominent right-wing Israeli news outlet Arutz Sheva described the book as a "pro-assimilation novel." "Assimilation" is often used by the Israeli right as a euphemism for miscegenation.

"Gader Haya" tells the story of an Israeli translator and a Palestinian artist who fall in love in New York. Their relationship later falls apart when the Palestinian man must return to Ramallah, a city in the West Bank, which has been under an illegal military occupation by Israel since 1967.

The book is not explicit; numerous education professionals and teachers insisted that it "is appropriate for students in the upper grades of high schools." Israel's education ministry banned it because of its portrayal of an interracial relationship.

Dalia Fenig, an education ministry official who pushed through the book banning, based her decision on the romance novel's portrayal of interracial love. "The story is based on a romantic motif of impossible prohibited/secret love," she said. "Intimate relations and certainly the open option of institutionalizing [a relationship] through marriage and having a family, even if it doesn’t come to fruition in the story, between Jews and non-Jews is perceived among large segments of society as a threat to a separate identity," Fenig added.

Numerous Israeli officials condemned the book banning. Shlomo Herzig, the head of literature studies in Israel's education ministry, told leading Israeli newspaper Haaretz, "The hasty use, as I see it, of the disqualification of a work of literature from the body of work approved for instruction and included in literature curriculum doesn't seem acceptable to me."

"The acute problem of Israeli society today is the terrible ignorance and racism that is spreading in it, and not concern over intermarriage," Herzig continued. "The idea that a work of literature is liable to be the trigger for romanticizing such a connection in reality is simply ridiculous."

Dorit Rabinyan, the author of the love story, told Haaretz "There is something ironic in the fact that the novel that deals with the Jewish fear of assimilation in the Middle East was eventually rejected by this very fear."

Miscegenation is technically not legal in Israel. Only religious marriages, not civil marriages, are recognized by the state, and must be overseen by Israel's religious institutions. Therefore, Jewish citizens of Israel who wish to wed non-Jewish citizens cannot have their marriage recognized. Couples must travel outside of the country to marry.

Far-right Israeli groups have protested outside of the wedding receptions of Israelis in interracial relationships. The far-right activists gather hundreds of anti-miscegenation protesters with hate signs and chant slogans like "Death to the Arabs," "Traitor against the Jewish state," and "May your village burn down."

The "anti-assimilation" — that is to say anti-miscegenation —movement is growing in Israel. For years, far-right groups, some of which have received funding and other support from the government, have distributed racist and sexist propaganda.

So-called anti-assimilation groups have also formed beach patrols to prevent Jewish women from interacting with Arab men and created "hotlines" to call on far-right activists to intervene when Jewish women are in a relationship with Arab men.

Israeli activist Ossnat Sharon explains that far-right Israelis in these anti-miscegenation groups "scout downtown Jerusalem looking for mixed couples, and often simply for Arabs, in order to threaten them."