The big microaggression lie: The real story behind the right's phony war on political correctness

Let's be honest: The war on p.c. is really a war on minorities and others who dare raise their voices in protest 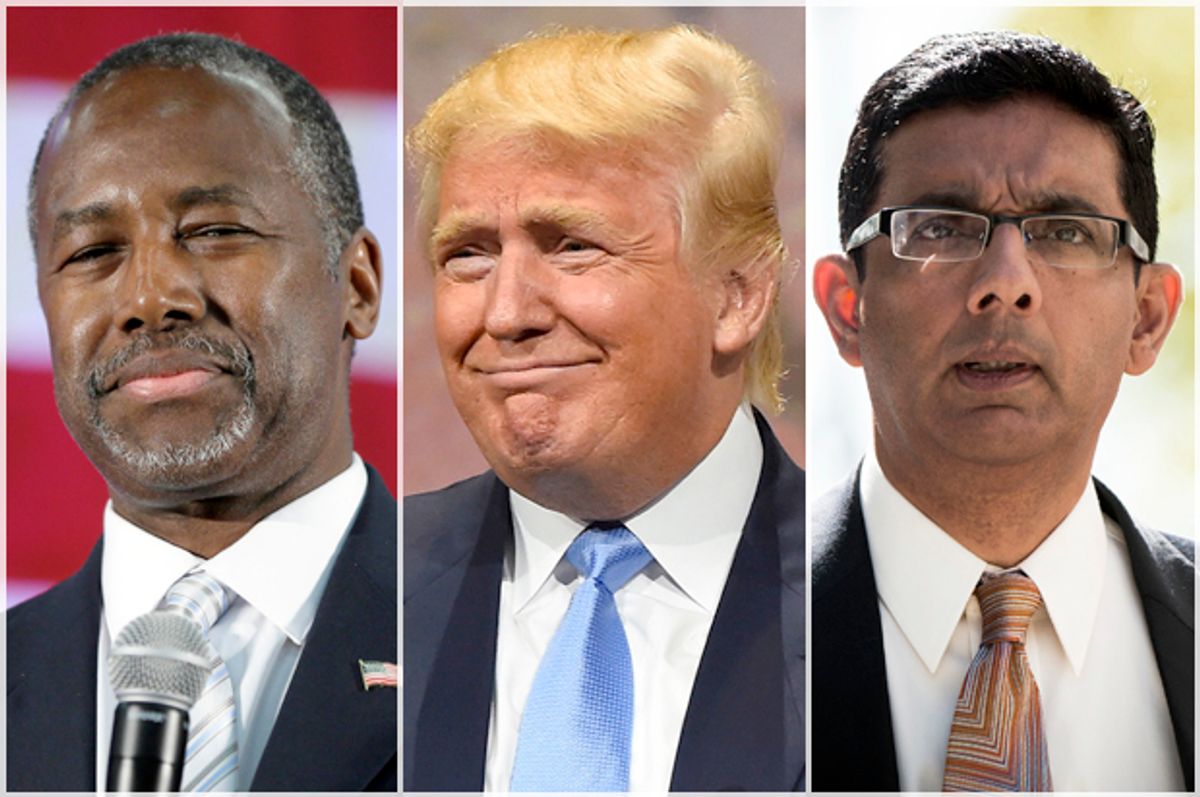 Victim talk is back. According to two sociologists, Bradley Campbell and Jason Manning, our moral culture recently underwent a seismic shift. Rather than upholding appropriate standards of honor and dignity, we now inflate trifling slights into allegations of victimization. Minor grievances of all sorts are showcased in cyberspace in an effort to garner sympathy and support. This “new species of social control,” they maintain, threatens an America where weakness suddenly rules.

Their and similar allegations about this novel insidious “victimhood culture” are being applauded and proselytized in major newspapers, journals and talk shows – from the New York Times and the Washington Post to the Leonard Lopate Show and Time magazine. Even President Obama entered the fray by speaking out against the reported refusal of American students to grapple with controversial subjects under the pretext that it might distress them. He emphatically rejected the premise that students should be “coddled and protected from different points of views.”

In an Atlantic Monthly cover story, Greg Lukianoff and Jonathan Haidt contend that universities across the nation have become breeding grounds for “pathological thinking,” targeting “trigger warnings” in addition to microaggressions. In case it missed your radar, “microaggression” designates subtle, often unintentional, forms of denigrating individuals based on their group membership. Over the last few years, students at colleges such as Oberlin, Swarthmore and Brown created sites to document and share the microaggressing they endured. Imported from trauma studies, “triggering” alludes to the practice whereby students request that professors provide forewarning that curricular content might be emotionally challenging, such as images and narratives of rape, abortion, lynching and genocide.

To be sure, some of the postings on microaggression blogs may be overblown, and many professors, myself included, are reluctant to include content warnings on our syllabi. For their part, the “diversity managers” in university administration are sometimes too quick to jump into action, codifying and implementing cumbersome and overreaching protections. Nevertheless, these missteps, even in the aggregate, do not constitute evidence of a pervasive “victim mentality,” widespread moral decay, and an assault on free speech. Typically, Campbell and Manning’s evidence is anecdotal and relies on conflating substantively different forms of dissent. They lump together hunger strikes, hate crime hoaxes, protest suicides and microaggressions as comparable illustrations of this cultural turn. More importantly, microaggressions, trigger warnings and even the controversy over Woodrow Wilson’s legacy are not the ultimate target of this critique.

What politics underlies these clarion calls about victim culture and why have these fears surfaced now? After all, concerns that the United States has become a “nation of victims” have been around for the last quarter of a century. Indeed, that was the title of Charles Skyes’s 1993 book. His text was part of an avalanche of similarly constructed dire observations, such as Robert Hughes’s "Culture of Complaint" (1993), Alan Dershowitz’s "Abuse Excuse" (1994), and Dinesh D’Souza’s "Illiberal Education" (1991), to name just a few. Like Campbell, Manning, Lukianoff and Haidt, these previous authors also associated victimhood with weakness, dependency, pathology and moral decline. Their campaign to reshame victims was so successful that “victim” became a term of disdain cynically deployed to call into question the character of those who claim to be injured, irrespective of their condition or the content of their grievance.

In the 1990s, anti-victimism aimed to dismantle the welfare state, and to disparage multiculturalism, progressive politics in general, and feminism and racial politics in particular. The authors of the current canards against victims initially appear more circumspect, but the similarities between their objection and the previous iterations of the Jeremiads against Americans’ regression into victimism are striking. Once again we are told that the problem we face as a nation is not growing inequality or intractable forms of injustice, but those churlish individuals and perpetually aggrieved groups who insist on complaining, draining our limited resources of compassion. Note too that while they concede that victim talk is evident on the political right, their examples focus primarily on race, gender and sexuality. Campbell and Manning thus cite Emma Sulkowicz’s mattress-dragging protest at Columbia University as exemplary of “victimhood culture,” even though Sulkowicz opposes her mishandled rape investigation, not a slight or a microaggression. Sexual violence on college campuses remains a formidable problem, not a symptom of “coddled” co-eds.

It is no coincidence that concerns about victimhood culture arise precisely at the moment when demands to address the systemic threat to black lives are growing in number and intensity. Perhaps Sarah Palin’s daughter Bristol best revealed the politics catalyzing this revived gripe when she criticized President Obama for inviting Ahmed Mohamed (the 14-year-old student whose school science project rendered him a terror suspect) to the White House. Tellingly, she explains that with this invitation Obama promotes “more racial strife that is already going on with the ‘Black Lives Matter’ crowd and encourages victimhood.” And, just a few days ago, the president of the American Enterprise Institute cautioned that victimhood undermines the ethos of individualism and self-help.

Despite the supposedly objective scholarship undergirding the current preoccupation with victimhood culture, and the claim to have discovered something new about American society, these alarm bells ring familiar -- a revival of the old culture war-era effort to suppress claims about gender and race inequality, silence particular modes of protest deemed “victimist,” and thereby uphold the status quo. Neither politicizing suffering nor the backlash against protesters is new. Indeed, in 1905, W.E.B. DuBois assured other African Americans that “I know the ears of the American people have become very sensitive to Negro complaints of late and profess to dislike whining. Let that worry none. No nation on earth ever complained and whined so much as this nation has, and we propose to follow the example.” Complaint can be productive and is necessary to fight against injustice. It’s the complaining about the complaining that represents the real danger to free speech and political progress.

Alyson Cole is a professor of political science at Queens College and the Graduate Center, CUNY, where she chairs of the Political Science Department. She is the author of The Cult of True Victimhood: From the War on Welfare to the War on Terror.