Here's how we fix law school: This is the real-world training future lawyers need

It's one thing to teach the law. But these days, lawyers also need to understand and respond to judges

By Richard A. Posner 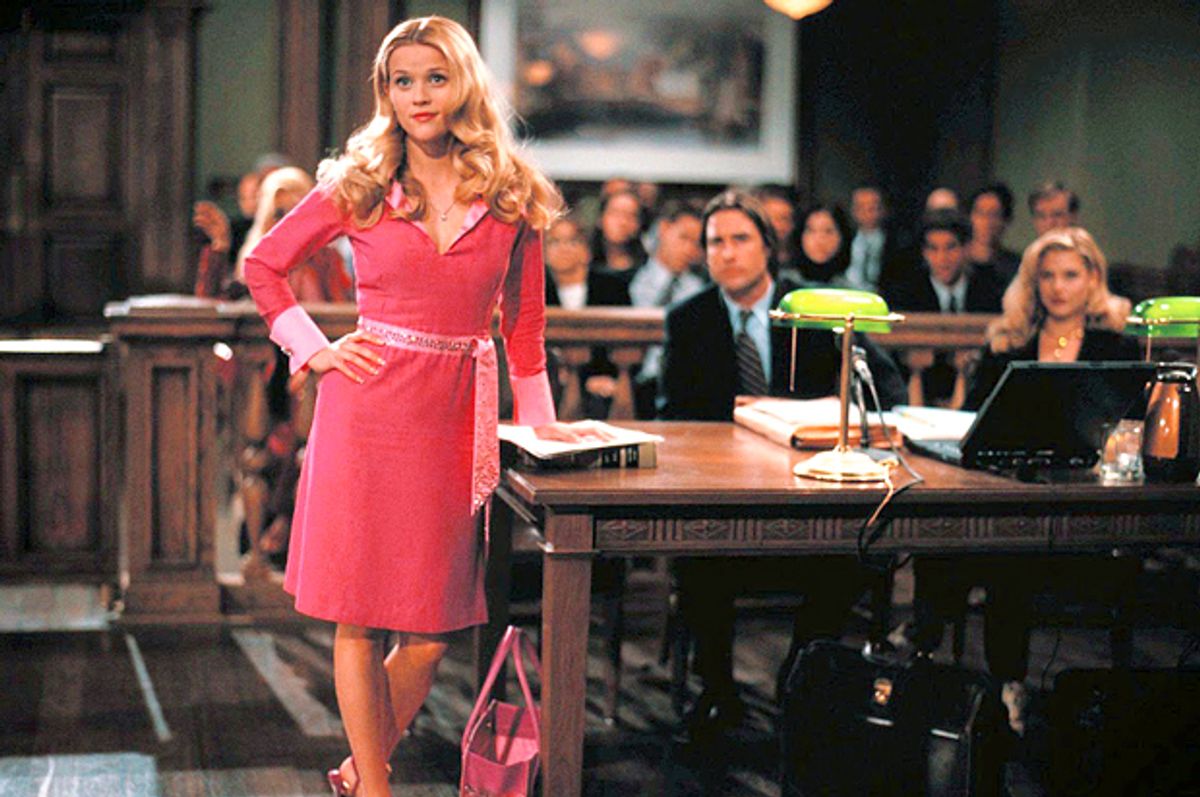 Excerpted from DIVERGENT PATHS: THE ACADEMY AND THE JUDICIARY

The first year of law school, usually so different from the student’s previous educational experiences, is bound to make a lasting, indeed a lifelong, impression.The first-year program at most law schools is demanding, though less than it used to be; current tuition levels tend to induce law schools to treat students more as customers than as plebes. I felt changed after my first year (1959–1960) as a student at the Harvard Law School—I felt that I had become more intelligent.The basic training was in learning how to extract holdings from judicial opinions in common law fields and how to apply those holdings to novel factual situations—in other words how to determine the scope and meaning of a legal doctrine.The courses were very difficult because the legal vocabulary was unfamiliar; the professors asked incessant, difficult questions, usually cold calling; the casebooks had very little explanatory material; and we were told not to waste our time reading secondary materials—and most of us were docile and so obeyed.That first year of Harvard Law School was active learning at its best.

We learned to be careful and imaginative readers; we learned that American law is malleable and relatedly that notions of public policy, and sheer common sense, were legitimate and important considerations in interpreting and applying legal doctrines.There were no references to systematic bodies of thought outside law, however, and statutes were rarely encountered and the Constitution never.The canvas broadened in the second and third years. But the courses in those years had much less impact on me, in part because the school tended to stack its best teachers in the first year, in part because a certain freshness had worn off, and in part because I devoted most of my time in my second and third years to the law review, which I found more interesting than most of the second- and third-year courses. But as I think back on those years I realize that another factor was that the common law really is the most commonsensical, intelligible, politically neutral body of American law, compared to which most of constitutional law, and most statutory law, are a muddle.

I don’t think the professors who taught the first-year courses when I was a student (or indeed any of the professors) were formalists, in the sense of believing that the meaning and scope of a legal rule or doctrine could be determined without consideration of the real-world consequences of applying it in a given case. But I wouldn’t call them legal realists either, for they were highly respectful of doctrine. Law students are natural formalists—a point I’ll return to—and I think my fellow students and I acquired from our courses an essentially formalist conception of law.The jargon of law was welcome— even the complexity of legal-citation form.The Bluebook was in force then, as it had been since the late 1920s, and though considerably shorter than the current version was already far too long—more than a hundred pages—and like its successors nonsensically complex. But it helped make us students feel in possession of a technical vocabulary that was the gateway to a rigorous analytical logic—feel that each of us was therefore a budding expert, a real professional, like a physician. We had left childish things (as we thought them to be) behind, such as our undergraduate majors (English for me), and had embarked on a serious, demanding, intellectually rigorous career.Yet I was never able to master the Bluebook completely, and toward the end of my first year on the law review was excoriated by the law review’s treasurer (as the managing editor was called) for doing a citecheck riddled with blue-booking errors.

That was more than half a century ago and legal education has changed a good deal since, especially at the elite law schools. It is less narrow, in part because of higher faculty-student ratios and correspondingly more varied course offerings, but in larger part because of the growing influence of the social sciences on law and the greater representation in the faculties of the elite law schools of professors who have significant competence in a field other than law.The enormous growth in statutory and constitutional law in the last half-century has resulted in curricular change, notably in the tendency to include constitutional law in the first year.There is also under way a movement to make a course in statutory interpretation mandatory in the first year. (In my student days courses in statutory interpretation were unknown, at least at Harvard, though one encountered issues of statutory interpretation in such courses as tax and securities law.) In addition the average quality of law students at the elite schools has increased, enabling a more intellectually challenging curriculum to be offered. In my time as a law student the professors had, unlike today, tended to identify more closely with the legal profession than with the university professoriate.They thus were far less interdisciplinary for errors in citation form.The legal profession’s obsession with citation form is beyond absurd.

Students emerge from law school today about as formalist as their predecessors of a half-century ago, possibly even more so because of the law schools’ greater emphasis on legal theory, which supplies tools that the inventors and suppliers claim can assure correct decisions without any taint of ideology or any need to choose among competing factual claims. I mentioned the movement to make statutory interpretation a mandatory course. As I understand it, considerable emphasis in such courses is placed on the canons.This is perverse, if my criticism of the canons has merit. Other than the small number of substantive canons, such as the rule of lenity or the rule of constitutional avoidance—avoid deciding on constitutional grounds a case that can be decided on nonconstitutional grounds—the canons are at best window dressing, at worst the emperor’s new clothes in Hans Christian Andersen’s tale of that name.They are not valid instruments for guiding statutory interpretation.

I actually doubt the need for any course on statutory interpretation. Interpretation is a natural human activity; it doesn’t require instruction. What would be useful would be a course on Congress, or the legislative process more generally.The more realistic a judge’s or law clerk’s or litigating lawyer’s understanding of how legislation is produced—the relative role of the legislators, their staffs, executive branch officials, and lobbyists, and of the procedures employed by Congress to enact legislation—the better equipped the judge or his law clerks will be to “legislate” in the interstices left open by the legislative process, when the judge is confronted with an interpretive question.

If the professor teaches the canons, even while telling the students that the canons (with the exception of the handful of substantive ones) are window dressing, the lesson the students will take from the course and seek to apply as law clerks or litigators is to dress statutory opinions in canons, much as the sharpies in The Emperor’s New Clothes dressed the emperor in luxurious nonexistent clothing.

Another curricular error is the continued emphasis in legal-writing courses on the Bluebook, which has swollen from obese to grotesque size and by reason of its length and complexity has spawned auxiliary book-length treatments of citation form, such as Harvard’s Blackbook, which annotates and extends the Bluebook in an effort to cope with its gaps and contradictions, the result of its great length and its authors’ outsized ambitions.There are alternatives to the Bluebook, some simpler, but they have not caught on. In part this reflects the intellectual conservatism of the legal profession, which students find comforting. But in part the Bluebook’s very complexity is an attraction. Modern students want the same things their predecessors wanted—a good job upon graduation, of course, but also to be the members of a real profession (a guild, even a mystery), “profession” implying esoteric knowledge, a specialized vocabulary, and a technique for generating objectively correct answers to even the most difficult questions that arise in one’s professional field.

The consequence is a student legal culture that exists at some remove from that inhabited by the faculty. The professors don’t give a straw for the Bluebook or care how “professional” the law really is; and many of them emphasize to the students the limitations of doctrine as an explanation of judicial outcomes, and the role of policy in those outcomes. But the reaction of many students is that the professors are trying to hide the ball from them.The students are hungry for the doctrine, the jargon.They resist the intellectual approach of a faculty oriented to the social sciences. Few are interested in becoming legal intellectuals.They want to become successful legal professionals. Some think that faculty make what is simple seem difficult in order to challenge the students, and the students don’t like that, because they don’t want to be challenged; they want to be fed technique. As one law professor has explained to me in a private note,“students are natural formalists because formalism is an intellectual crutch and they are in an unfamiliar environment. So they are like aspiring poets who learn, say, the sonnet form and then follow it slavishly without realizing poetry advances by breaking old forms. But this is not something that can be changed through instruction.”

Even realist professors often convey their realist insights in a manner that promotes formalism. In discussing a judicial opinion the professor may explain to the class that the judge probably arrived at his or her decision by considering the likely consequences of deciding the case one way or another, but didn’t say so and instead wrapped the decision in a formalist mantle—a judicial opinion that pretended that the decision had been merely an application of “law,” with no addition from realist insights. But the students’ takeaway is not that judges are deficient in candor but that what is difficult and important and professional in law is not deriving a decision from a realistic appraisal of the situation revealed in the litigation (for that’s just common sense); it is making the decision seem the unalloyed product of formalist analysis.The student surmises that the judge’s (and law clerk’s) most challenging duty is thus to conceal the true nature of judicial decision making, and that it is the lawyer’s duty to abet the judge in such obfuscation—to help him encode his decisions in opinions that make the decisions seem compelled by legal logic.

Excerpted from DIVERGENT PATHS: THE ACADEMY AND THE JUDICIARY by Richard A. Posner, published by Harvard University Press. Copyright © 2016 by the President and Fellows of Harvard College. Used by permission. All rights reserved.

MORE FROM Richard A. Posner