From the Beatles to "Ferris Bueller" to Taylor Swift, here are the influences we'll be talking about this year 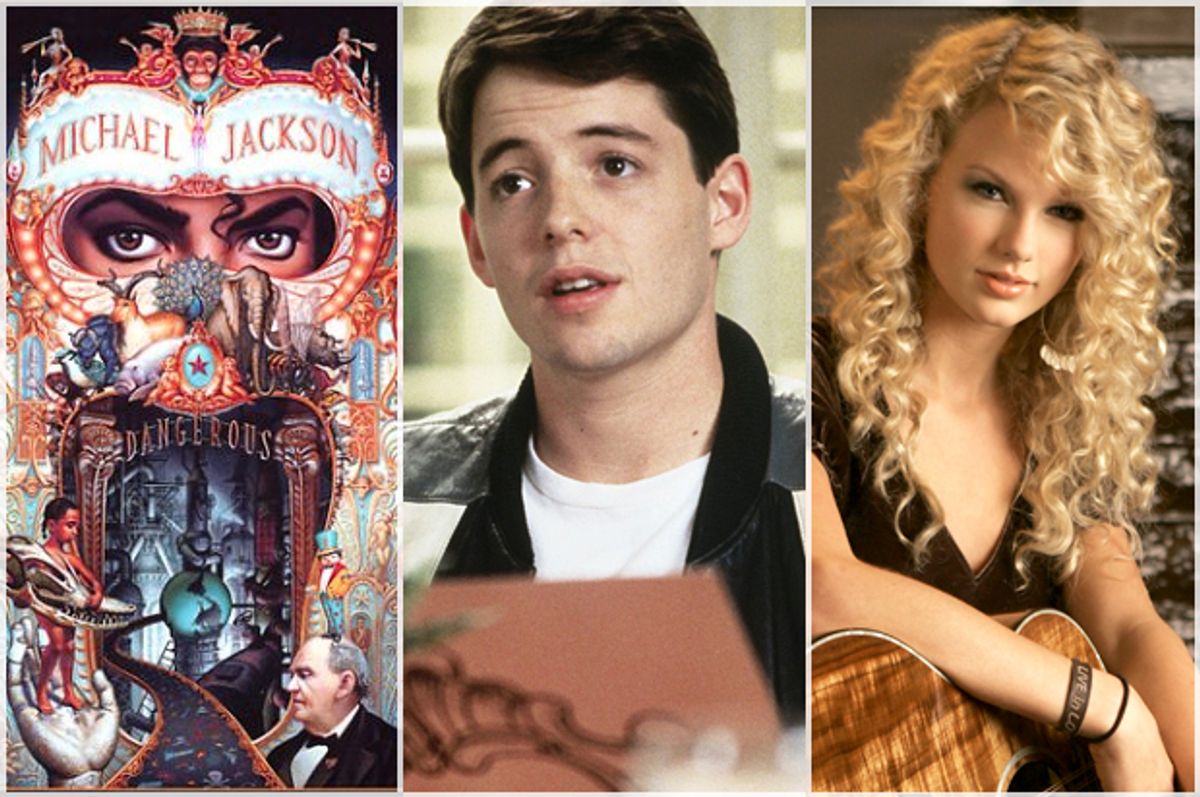 What will we be talking about next year? It’s impossible to know for sure, of course, but some of what we’ll do is look back to the pop culture of 10, 25, 30 and 50 years ago. A lot happens every year and it’s impossible to list every milestone or memory: Here are a few that are likely to be noticed.

“Who’s Afraid of Virginia Woolf?”: Mike Nichols’ film – based on Edward Albee’s play – was built around an overwhelming amount of marital tension. Everybody was good in this, but Elizabeth Taylor and Richard Burton hit something close to career high points.

“The Good, The Bad, and The Ugly”: Sergio Leone concludes his spaghetti Western trilogy with this one. Clint Eastwood’s laconic Man With No Name would prove enormously influential on Westerns, Quentin Tarantino, and more.

The Beatles, “Revolver”: At the time, the band’s most adventurous record, and looking back, perhaps its greatest. This is also the year that John Lennon said the Beatles were more popular than Jesus.

Bob Dylan, “Blonde on Blonde”: You don’t have to be a Boomer to love ‘60s Dylan, though it sure helps. Generation X seems to have embraced 1975’s “Blood on the Tracks” as its favorite Dylan album, but here I must disagree with my generational cohort: Electrified and edgy, he was rarely more bitter or tender than he was here.

Pixar Animation Studios Opens. Over time, Pixar will turn out “Toy Story,” “A Bug’s Life,” “The Incredibles,” “Inside Out,” and lots more.

Elvis Costello, “King of America”: This burnished, mostly acoustic album was a real return to form for Costello. “Blood and Chocolate,” which is strong on its own way, came out the same year. Effectively an alt-country record from an artist associated with punk and power pop.

The Smiths, “The Queen is Dead”: The gloomy Manchester band never got better than this. Includes their immortal song “There is a Light That Never Goes Out.”

Bad Brains, “I Against I”: The Rastarfarian Washington, D.C. hardcore band hits its apogee.

“Ferris Bueller’s Day Off”: This Matthew Broderick film directed by John Hughes remains a real milestone for Xers. Not the same thing as “Slacker.”

Nirvana’s “Nevermind”: Rock critic Gina Arnold famously declared “We won” when this album, which blended punk and metal, moved into Billboard’s top spot. Record companies went looking for “the new Nirvana” and alternative rock dominated the conversation about music’s direction. It was fun while it lasted.

Paul McCartney, “Liverpool Oratorio”: With singers including Kiri Te Kanawa, this classical effort by the former Beatle sold well but drew a very mixed critical reaction. Have classical efforts by rock musicians gotten any better since?

Primal Scream’s “Screamadelica”: Not only a great record, but one that showed an indie-rock band embracing dance music. My Bloody Valentine’s “Loveless” used hip-hop inspired beats and pointed the way forward as well.

Michael Jackson’s “Dangerous”: No one thinks this was Jackson’s best album. But it sold 32 million copies around the world.

“The Silence of the Lambs” opens: The film delivers a landmark performance by Jodi Foster, new levels of on-screen creepiness, and a controversy over a sexually ambiguous villain.

A Tribe Called Quest, “The Low End Theory”: With jazz bassist Ron Carter on one track, this became one of the great hip-hop records of all time. A vogue for jazz-rap crossover would take place over the next few years.

“Slacker” opens: This Richard Linklater film set in a laid-back Austin walked right into a larger debate about how irresponsible and lost Generation X was.

“Borat” opens: For much of that year, it seems, everyone debated Sacha Baron Cohen and his mock documentary.