Obsessed with "Making a Murderer": Why Netflix's engrossing documentary on crime and corruption became a break-out hit 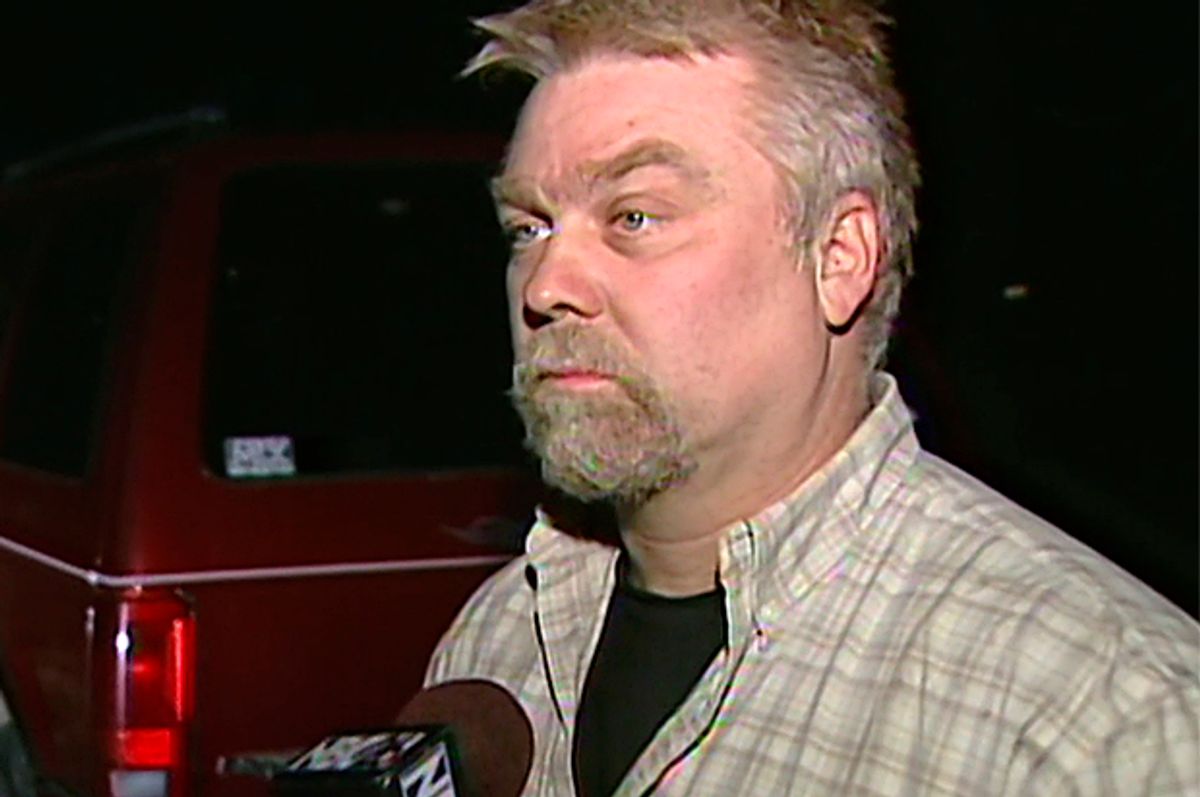 “Making A Murderer” hasn’t just touched a nerve, it’s performed a root canal without anesthesia. Unlike the thoroughly predicted national phenomenon of “The Force Awakens,” which coincidentally was released on the same day, “Murderer” has jumpstarted the very same kind of cottage industry of super fans, obsessive internet chat boards and, no doubt, people dressing in Len Kachinsky short pants as they wait in line for the inevitable sequel.

I’m going to try not to belabor the obvious, that “Making A Murderer” tells an unbelievably haunting, shocking, compelling and infuriating story that compares favorably to the very best of Victor Hugo, Alfred Hitchcock and Truman Capote (with a little Stephen King on the side). In the unlikely event you haven’t seen it, I strongly suggest you stop reading this. We’ll see you in (looks at watch) about ten hours, give or take a few bathroom breaks.

Back so soon? Warning: If you haven't watched the entire series, there are some mild spoilers ahead.

So, why do we love a ten-hour series that is this harrowing, this endlessly depressing, containing often barely discernable audio and filmed for the most part on souped-up home video cameras? Let us count the ways. Most of the reasons say more about we the audience than they do about the crew, heroes (few) and villains (many) of this epic documentary.

First, timing is everything. By releasing a ten-hour dysfunctional family epic across the Christmas holidays Netflix performed an act of scheduling and zeitgeist-gathering genius. Not only did the viewing audience (apparently, most everyone) have endless amounts of time on their hands, but most of us had just experienced quality time with our own dysfunctional and occasionally dangerous families serving, in the words of Richard Pryor, a “life sentence for a crime we did not commit.” But as bad as we had it, we saw that the Avery clan had it far worse. This addiction to someone else’s tragedy is oddly reassuring. It's what has always propelled our fascination with true gothic crime on the screen, from “The Thin Blue Line” to “Unsolved Mysteries” to the entire “Investigation Discovery” channel. It’s awful to admit, but there’s something horribly comforting in seeing people leading lives of not-so-quiet desperation, and watching them battle demons, whether internal or, in the case of “Making A Murderer,” external. It can’t happen to us, we think, knowing of course that it can. But not while the TV is on.

The directors of “Murderer” did what many documentary filmmakers dream of doing. Drop everything, obsessively chase one single story across ten years and then witness, with cameras rolling, that story metastasize into an epic tragedy of Shakespearian dimensions. The filmmaker's Cinderella story is one of the best embodiments of what critic Manny Farber called “Termite Art” -- creations that “feel their way through walls of particularization, with no sign that the creator has any object in mind other than eating away the immediate boundaries of his art.” In comparison with the “White Elephant Art” of other “true” crime films and TV shows, the presentation of “Murderer” is earnest, unkempt, and completely self effacing, with the filmmakers nowhere in evidence. This series is more, "great journalism" than "great filmmaking" but who really cares? “Making A Murderer” dissolves every barrier between the viewer and the subjects at hand. Obviously, this is what documentaries are supposed to do but in this case, for ten long hypnotic hours, the transporter is “on.”

Which brings us to "Murderer"’s ten-plus hours of running time.

Apparently, the filmmakers originally had a much shorter project in mind. For reasons of art and avarice (not necessarily in that order), Netflix supersized their vision to 10 hours. This imposed a pace, editing rhythm and a “slow burn” internal processing of their 700 hours of footage. The end result is a fever dream of cascading details and characters with absolutely no externally imposed rush to just get on with it. Indeed, with no format demanded length, scenes in “Murderer” play out as long as they need to, and this coral like accretion of details, forensic and otherwise, gives the series much of its novelistic power. Sure, there are one too many (actually, many too many) drone shots of the Avery Mausoleum of Junked Cars and brooding images of courthouses with tattered flags blowing, but who really cares? We are given privileged access into a landscape where no detail is too small to matter, where lives turn on a phrase or nuance. With the filmmakers out of the picture, and no narrator, the viewer is thrown into the deep end, unable to reach the shallow side of things.

Which brings us back to the fact that timing is everything, Part Two.

Part of the appeal of conspiracy theories is that they organize and contextualize chaos and trauma. JFK, 9-11, Sandy Hook, the very existence of Alex Jones, all speak to a need we all have to explain – and hopefully “solve” – the real machinations behind the dreaded “official” story. But “Making A Murderer” shows us the guns that usually remain hidden behind the smoke. It presents a vast, evil conspiracy with actual names, flow charts and sweaty, furtive faces attached, along with clumsily planted “evidence,” coerced confessions, transcripts documenting said confessions, and “caught in the act” footage — not to mention Perry Mason-like courtroom reveals. Here, the guilty are clearly caught in the acts of their own malfeasance. And again, all this is strangely comforting. For if everyone in law enforcement in Manitowoc County, Wisconsin seems capable of framing two men, diligently covering up every aspect of their web of deceit, and then memorializing and celebrating their crime through a thoroughly corrupt and rigged legal system, well, anything is possible. The unexplainable may have an explanation, after all. The Universe may not be as random as we fear. Shit doesn’t just happen, it can be made to happen — by Them. Across ten grueling hours, we get to actually see Them in action, in all their malign yet clumsy glory. Oddly, both faithful Salon Reader and dedicated Fox News Viewer can find common ground in the resulting “Murderer”-induced rage against a machine that we clearly saw breaking down.

This brings us to the last major component of our addiction — “Making A Murderer” is a clarion call to action, with a third act yet to happen, one that, just maybe, we can make happen.

After one too many close shaves with the face of evil, we’re left with the overwhelming desire to do something. Already, the obligatory chorus of outraged celebrities are demanding justice, “Anonymous” was rumored to be contemplating an Uber Hack of the secret case files, and Reddit  has become a clearing house for amateur investigators picking through every facet of the timeline, transcripts, freeze frames of the film, looking for that exculpatory needle in the haystack. Or not.  There are many holding two opposing ideas in their minds simultaneously – that the two men were framed, and that one or both are still guilty as charged. In this case, for once, it seems the massive power of the Internet harnessing the millions of us with too much time on our hands might actually have a productive impact on something. Or at least, we’d like to think so. Jerry Buting, one of Steven Avery’s defense attorneys, has already gone on the record praising these Reddit Hardy Boys and Girls. This is why, for all of its unremittingly bleak content, “Making A Murderer” is strangely exhilarating and oddly inspiring.

If we can’t fix the chronic problems of a collapsing infrastructure, a nightmarish Presidential election, not to mention a 72 degree Christmas in Central Park, by God, with a little luck and enough tweets we might be able to free two innocent men. "Je suis" Dean Strang and Jerry Buting, the Atticus Finch-like defense attorneys who fought the good fight – no matter what we feel about the ultimate guilt of the accused.