U.N. Special Rapporteur Makarim Wibisono is quitting because Israel won't let him do his job 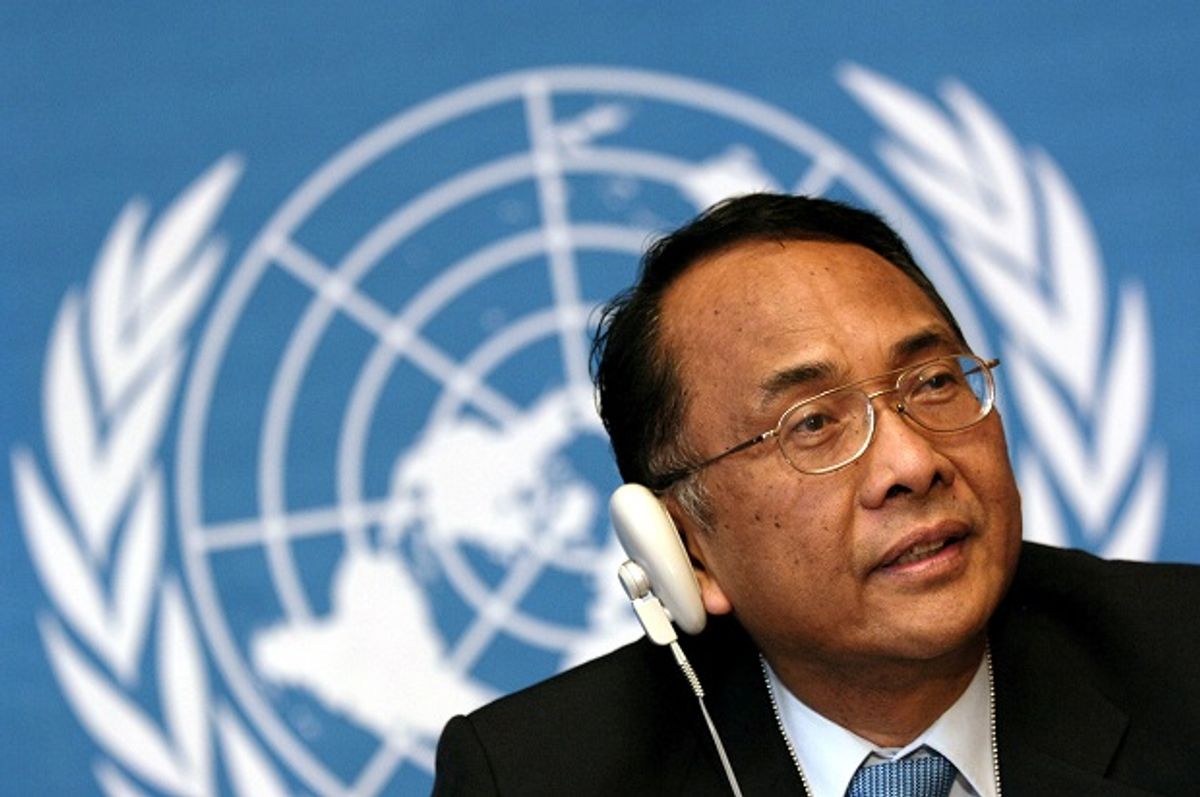 The United Nations monitor of human rights in the occupied Palestinian territories has announced that he's "reluctantly" resigning because the Israeli government won't grant him access to areas he needs to survey for his job.

"Unfortunately, my efforts to help improve the lives of Palestinian victims of violations under the Israeli occupation have been frustrated every step of the way," said Makarim Wibisono, the U.N. Special Rapporteur on the situation of human rights in the Palestinian territories.

Wibisono submitted his resignation to the president of the U.N. Human Rights Council on Monday. It will become effective on March 31.

The human rights expert sent numerous requests for access, written and oral, to the Israeli government, but they were all denied. "With no reply from Israel to my latest request, in October 2015, to have access by the end of 2015, it is with deep regret that I accept the premise upon which I took up the mandate, which is to have direct access to the victims in the Occupied Palestinian Territory, will not be fulfilled," Wibisono explained.

The Israeli government has illegally occupied the Palestinian territories the West Bank, including East Jerusalem, and Gaza since 1967. Its military occupation has been declared illegal by every international legal body. Months after it occupied the territories in 1967, the U.N. Security Council, including the U.S., unanimously ruled that Israel must withdraw from the territories.

"I took up this mandate with the understanding that Israel would grant me access, as an impartial and objective observer," Wibisono noted. The Indonesian diplomat replaced former Special Rapporteur Richard Falk, an American international legal scholar, in 2014. The Israeli government and media condemned Wibisono when he was appointed, claiming he "expressed pro-Palestinian views."

The U.N. reported that, according to Wibisono, unlike Israel, the recognized government of Palestine "cooperated fully with the mandate." The U.N. also noted that there is a "lack of effective protection of Palestinian victims of continuing human rights violations and violations of international humanitarian law."

"It is my sincere hope that whoever succeeds me will manage to resolve the current impasse, and so reassure the Palestinian people that after nearly half a century of occupation the world has not forgotten their plight and that universal human rights are indeed universal," Wibisono added.

Wibisono has been a prominent voice calling for impartial implementation of international law. In June, he called on the Israeli government to end its unilateral almost decade-long siege of Gaza, which the U.N. has said for years is illegal and must be lifted.

"The bottom line remains that, if Gaza is to recover from the damage wrought by multiple rounds of hostility and a shattered economy, the blockade must be lifted," he said. "The people deserve help and realization of their human rights, not collective punishment."