When even Paul Ryan is viewed with suspicion, what chance is there of reining in 2nd amendment extremists? 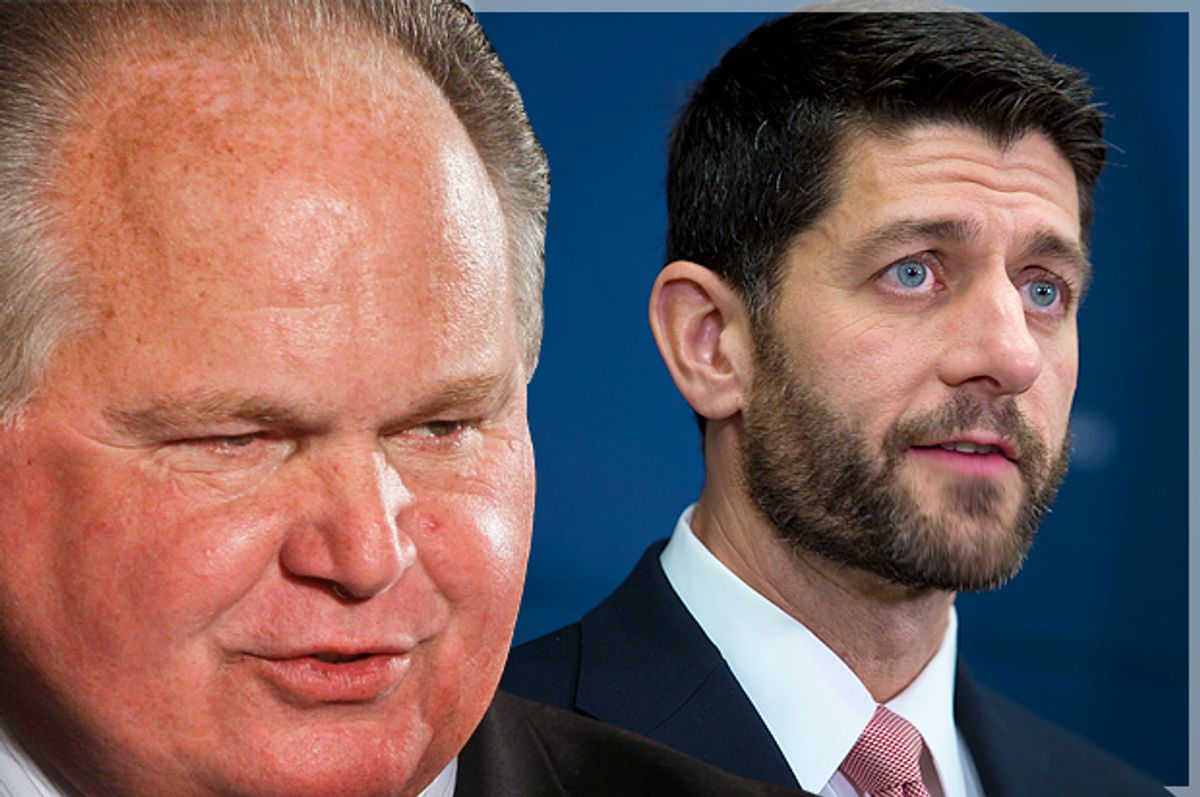 In his ongoing YOLO campaign (You Only Lameduck Once) President Obama took matters into his own hands yesterday and announced that he was going to try to do something about gun violence even though the bloodthirsty NRA and its minions were going to shriek like crazed harpies about liberty and revolution and do everything in their power to stop it. It's his last year in office and he figures he might as well try to save a few lives. Good for him.

As of this writing the proposal has not been formally announced but it's reported that he will issue executive orders to close the "private seller" loophole, which would require everyone who sells a gun as a business transaction to submit a background check. (As it is now, only licensed dealers have to do this.) It's also expected that he'll issue an order requiring that licensed dealers report lost or stolen guns to the authorities. It's hard for me to believe that these slight reinterpretations of the law are even controversial but apparently making gun ownership subject to any sort of oversight is tantamount to a coup.

There is little doubt the administration anticipated the furious reaction, so one assumes they are happy to draw attention to the issue. After all, polling shows that the vast majority of Americans -- and gun owners -- are in favor of such commonsense gun safety regulations. Nonetheless, this will likely end up in court with a number of legal issues at stake and the gun lobby dedicated to filling its coffers on the backs of gun owners who don't actually need to worry about any of these very mild restrictions.

Leave it to Rush Limbaugh to frame the issue in a way that brings all those strands together. On his show yesterday, he bizarrely claimed that Obama is going out of his way to allow Iranians to have a "gun extraordinaire" (a nuclear weapon) because he knows that having more "guns" makes you more powerful and he is their agent. Or something. Anyway, this is the fundamental argument that animates the right:

The real objective here is the further erosion of liberty and freedom. But even more, it's the more Obama and the left can render the Constitution irrelevant. You talk about an objective? You talk about something that would just make them orgasmic? If they could get the American people to the point where the Constitution is just some piece of paper over there that doesn't amount to a hill of beans, that's what they would love. And to the effect that they can violate it, that they can avoid it, that they can pretend it doesn't exist -- that they can wantonly, in public, spit on it and get away with it -- that's the objective.

Yes, it's a simple article of faith on the right that President Obama's latest proposals are just another in the long line of leftwing actions meant to destroy the country

The gun issue also gives Republican politicians a way to attempt to show their fealty to the conservative movement. Speaker Paul Ryan, for instance, has been under intense criticism by the right wing for his alleged sell-out of the Omnibus spending bill. I wrote about that here, but to briefly recap, they are fit to be tied that Ryan failed to shut down the government over Obamacare, Planned Parenthood and the Syrian refugee program, which they see as direct threats to the constitution. Whatever goodwill Ryan ever had with the rightwing base -- and in particular with the talk radio leaders -- has completely dissipated. He might as well start smoking and drinking Merlot because he's nothing more than Boehner Jr as far as they're concerned.

Maybe he's counting on them forgetting all this eventually. He does have some very fetching baby blue eyes and when you combine that with the new hipster beard and his longtime love of Ayn Rand, he's pretty irresistible. In his first foray after "the betrayal," he came out swinging against President Obama's gun proposals:

While we don’t yet know the details of the plan, the president is at minimum subverting the legislative branch, and potentially overturning its will. His proposals to restrict gun rights were debated by the United States Senate, and they were rejected. No president should be able to reverse legislative failure by executive fiat, not even incrementally. The American people deserve a president who will respect their constitutional rights – all of them. This is a dangerous level of executive overreach, and the country will not stand for it.”

As Jennifer Bendery of the Huffington Post noted, that's very interesting considering his rhetoric about executive power when he was running for Vice President in 2012 and was asked if a President Romney would use his authority to reverse Obamacare:

"The answer is yes, on day one, Mitt Romney's going to send an executive order granting those waivers" to get rid of the law, Ryan said. "We are going to repeal and replace this entire law."

He was also for closing the loopholes in the gun laws which President Obama is seeking to close before he was against them.

The right remembers all that and more, and the story of Ryan's troubles with the base remains one of the most under-covered stories in the current political scene. He is enemy number one among the hardcore conservative movement leaders and talk radio.

For instance Breitbart published a scathing article yesterday about Ryan breaking every one of his New Year's Resolutions already:

Ryan claims that in 2016 he will promote:

But, in his first two months as Speaker—and his history before that—Ryan has veered away from every single one of these. That suggests it’s highly unlikely Ryan will ever, as Speaker—because of his record—actually do anything productive, despite his claims that he has and that he will. His $1.1 trillion, two-thousand-plus page long omnibus spending bill alone broke most of these promises.

The omnibus "betrayal" remains a very raw issue among the true believers -- and it's not getting any better, particularly since Ryan is believed to have refused to give interviews to the conservative media and face their tough questions. (He did spend time with Hugh Hewitt, but then so does Chuck Todd, so it doesn't really count.) The Breitbart bill of indictment goes on and on and on.

Ryan's comments on guns did not go unnoticed either. Here's the message conservative movement Godfather Richard Viguerie sent out to his email list:

[N]o matter what they say, the [Capitol Hill Republican establishment] cannot escape the fact that they have empowered Obama to do what he is doing by their six-year long feckless failure to exercise their constitutional responsibility to use the power of the Paul Ryan to fight Obama’s power-grabs and defend constitutional liberty.

And beyond their six-year record of spineless wilting in the face of Obama’s onslaught against constitutional government there is the very real proximate cause of Obama’s latest assault on constitutional liberty – the passage of the 2,000-page Omnibus appropriation bill that effectively gave away all congressional leverage against the executive branch by funding Obama’s agenda for the rest of his term.

And people wonder why the "outsiders" Trump and Cruz continue to be so popular. The Republican grassroots truly believe that President Obama is destroying the country and the Washington establishment is populated by cowards who are unwilling to stand up to him. (And by "stand up" they mean shut down the government to force their agenda.)

This is the state of the Republican party in 2016. Even as the presidential primary circus continue with the clown car now driving in concentric circles, the Washington GOP high wire act hovers above the center ring. No wonder President Obama is resorting to executive orders. His office is the only part of government that isn't a surreal spectacle.