Bush's latest screw-up is actually an opportunity, says Colbert, if he just does this 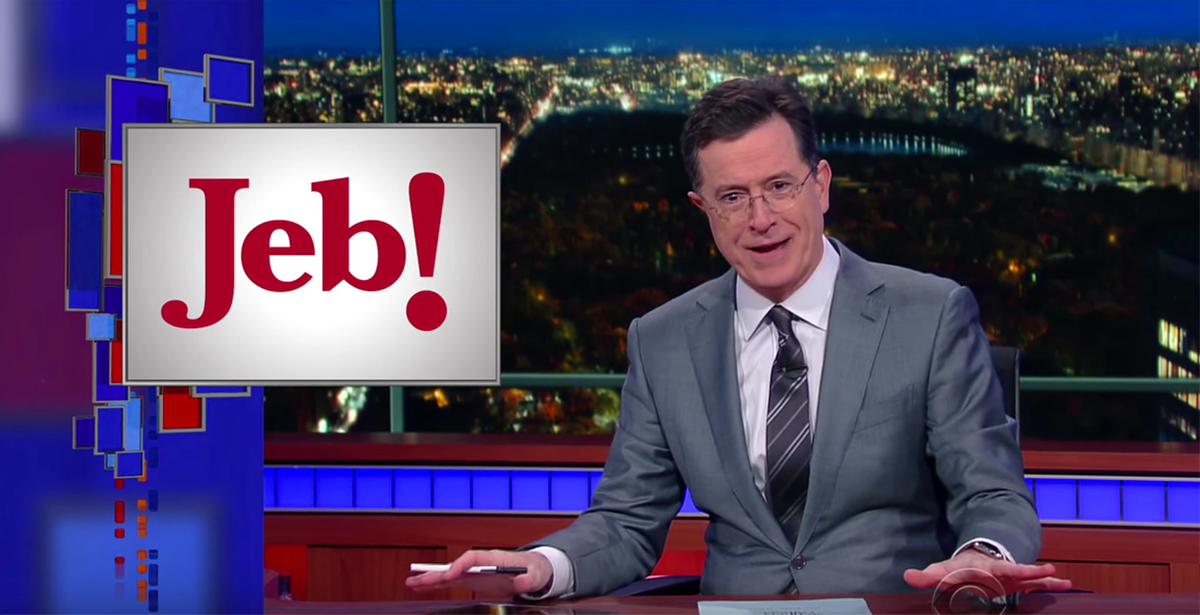 Stephen Colbert and the late-night gang is finally back, just in time for a stunning announcement. It seems that Jeb Bush formed a "shadow corporation" that somehow was able to trademark the logo Jeb! That's the whole "Jeb" with an exclamation point. But it seems someone was asleep at the wheel of Jeb! Corp, because he's allowed the trademark yp lapse.

"I mean this sincerely, this is the most interesting development to come out of Jeb's campaign," Colbert called the lapse in Jebment. But with opportunity comes the option for change. Bush can now explore other punctuation opportunities! What if Jeb was followed by a comma to connote a series of things that could be more exciting than Jeb Bush to make him look like he's associated with cool things. Colbert also poses the possibility of Jeb with a question mark, but that's probably the last thing the campaign wants. Already the Republican establishment is asking "Jeb?"

Or maybe Jeb with a semicolon. "You know it's smart, but you're not sure what it does or where it belongs," Colbert joked.

Check out the other hilarious options Stephen comes up with in the video below: