The NRA is backing terrorism: Wingnuts and "patriots" are the real safety threat we should fear

They block research, fight common sense, hold Americans hostage and put our lives in danger. Let's stand up to it 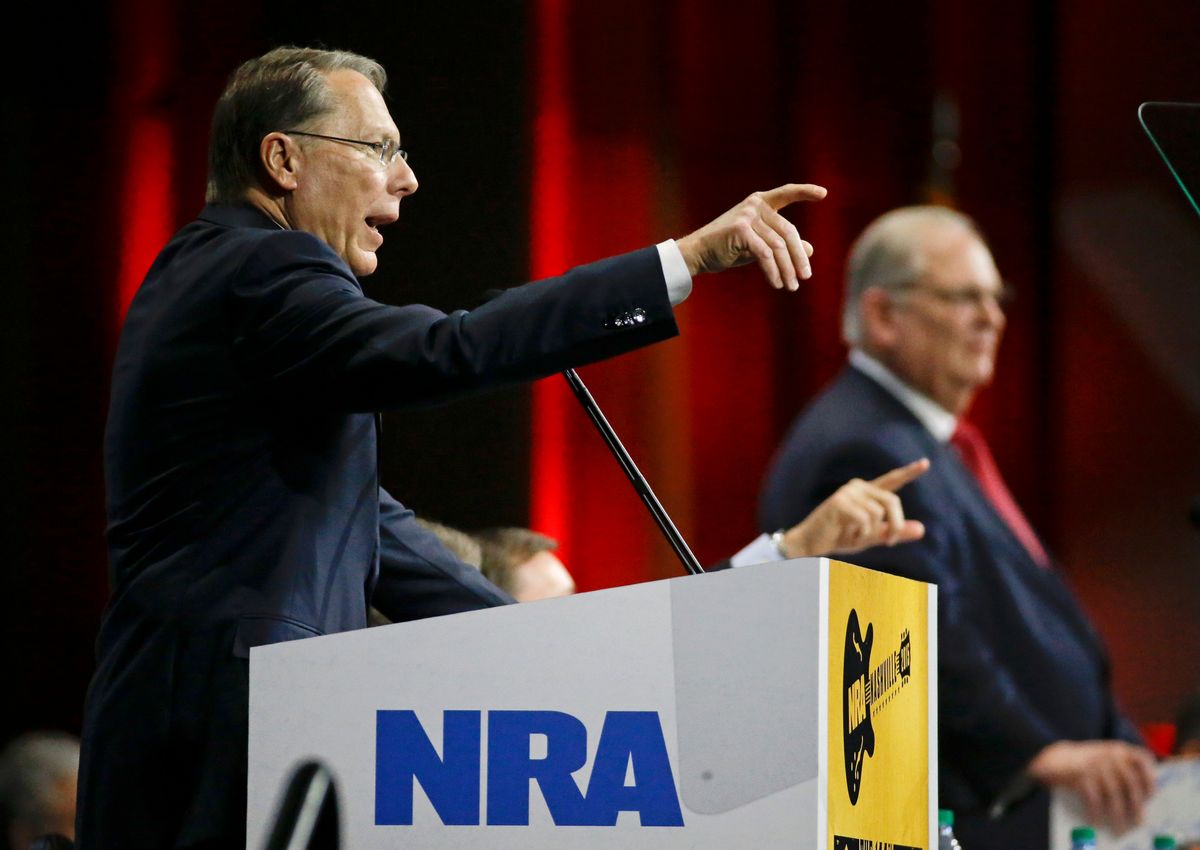 It’s impossible to engage publicly in our country’s debate about gun safety legislation without being drowned out by the “patriots” screaming about their “freedom.”

After I published an essay on Salon last fall imploring legislators to stand up to the gun lobby and pass meaningful gun safety laws, helpful Internet commenters were quick to remind me that my fears did not trump their freedom. I am a teacher, and I wrote the essay following the school shooting at Umpqua Community College, after I learned that my own college instructed teachers to fight back against active shooters with staplers if necessary. My fears, then, were fears for my life, for my students’ lives, and for the lives of my children. Those lives, to the many vocal opponents of gun safety (who certainly do not represent all gun owners in this country), are less important than their easy and unrestricted access to guns.

Today, as President Obama announces executive actions that would, among other things, extend background check requirements to private gun sellers, the shouts from those who claim to stand for freedom and liberty will grow louder. They will say, as the president acknowledged in his address, that gun safety laws don’t even work to prevent crime.

It’s hard to debate the point, given the NRA’s success in blocking public safety research into guns. Prior to 1996, however, when that research ban was passed, the CDC concluded that in households where guns were present, family members were three times as likely to be shot as those who live in homes without guns. More recently, a Stanford University study found that right-to-carry laws were linked to an increase in violent crime; and researchers from the University of California, Davis, and the University of Newcastle in Australia, using data from the 2013 FBI crime report and gun control laws by state, concluded that homicide rates in cities within states that require a permit to buy a gun are lower than those in cities within states that do not require permits. And the National Journal, citing data from the CDC, the Law Center to Prevent Gun Violence, and the NRA-ILA, reported that states with more restrictive gun laws have the fewest gun-related deaths.

This research—which is to say these facts—don’t matter to the gun extremists who argue for their unassailable right to own guns. After they claim that gun legislation is ineffective, they will shriek about the Constitution, failing to see the illogic in the argument that an amendment is something that must never be changed. Writing in Psychology Today in the wake of the Sandy Hook massacre, David Ropeik explains that the extremists who speak of clutching their guns with their cold, dead hands are “fighting for the right to own a gun [as] a way of asserting control against a society that many feel is encroaching on their values and freedoms.” To such extremists, the right to bear arms is not one of many constitutional rights. It is the most important right, through which all other rights must be defended.

Simply put, the right to own a gun is the right to stand up against the government. For example, heavy artillery has made it possible this week for terrorists to occupy a federal building in Oregon, to stand against the perceived tyranny of having to pay (at a rate 93 percent lower than the average market rate) for the use of federal lands for grazing.

Here these men are, exercising their “freedoms” behind the barrels of their guns. All of their talk of tyranny makes it very clear then what the debate over guns in this country is really about: When gun extremists resist the commonsense legislation that would curb gun violence, they are fighting for their “freedom” to break the law. (It’s a freedom, it’s worth noting, only available to whites in this country, as people of color—children of color—do not have the freedom to hold even toy guns without being shot by police.) Claiming to stand against tyranny, gun extremists—backed by the NRA and the rest of the gun lobby—are the real tyrants, holding Americans hostage, putting our lives in danger.

Public opinion on gun safety legislation is changing, and President Obama’s executive actions reflect the beliefs of the majority of Americans. The opposition will grow louder as we continue to enact safe and sane gun policies at the state and federal levels; as they scream about their freedom, we’d all do well to keep in mind what they are really fighting for.

When faced again, as I undoubtedly will be, with the onslaught of comments from gun extremists, I will tell them this time that they are right: Fear should not trump freedom. That is, their irrational fear of a tyrannical government out to get them should not outweigh our freedom to live without being shot in our schools, movie theaters, shopping malls, cars and homes.