"We get it, you love giant penises": The Trevor Noah Texas gun-culture takedown you need to see

"If you see something, say something" -- unless it's just a white guy with an assault rifle in Texas 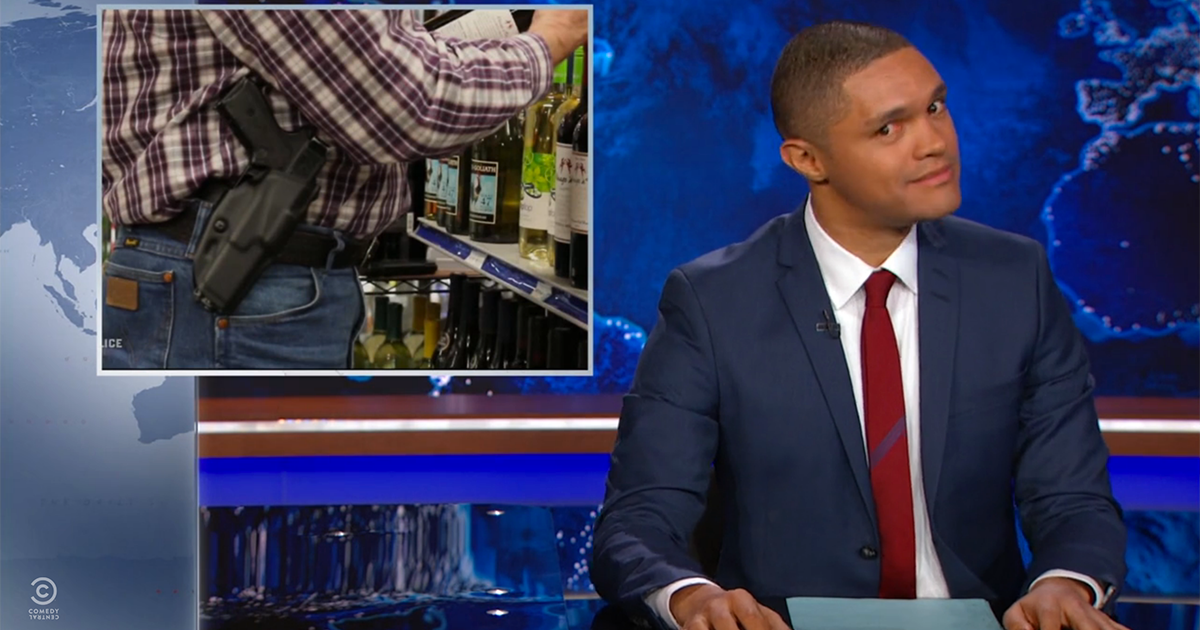 After revamping the opening of "The Daily Show" to look a little more Wilmore-esque, Trevor Noah lost the desk and did his segment standing up. While Noah has had a rough start, he looked a hell of a lot more comfortable doing the show like a stand-up act than from behind a desk.

Noah began the show doing a wrap-up of the news the show had missed out while on the break. Steve Harvey and the epic Miss Universe humiliation was one. Bill Cosby finally being charged with sexual assault after raping a woman and giving her a muffin before showing her the door. Then there's Affluenza Teen who stupidly tipped off the police by ordering a Domino's pizza while in Mexico. But the story that made Noah return to the desk was Texas's new "open carry" law.

In Texas, you could open carry huge machine guns and other giant semi-automatic assault weapons, but handguns were hidden away in holsters. Well, no more. Now these little guns can come out of the closet like the rest. "You see, gun lovers in Texas just want to stop hiding who they really are," Noah said. Once the law went into effect, Texas gun owners were out in the streets celebrating with their sidearms close.

"This was almost like when gay people realized society was starting to accept that people might be openly gay and they immediately went out and started dancing on truck beds dressed as giant penises," Noah said. "We get it, you love giant penises," and he flashed a side by side photo of a dude in a penis costume and a Texas guy carrying a giant assault rifle.

In a public service announcement from a Texas police department, a kid points out a man with a gun at his side to his mom who pulls him closer to her. The PSA walks folks through what they should do. Is the guy reckless? Is the gun out of its holster? Does he look suspicious? "Is he from the dark side of the crayon box?" Noah asked.

Check out the real fear in the video below: