Bernie Sanders tells Larry Wilmore Donald Trump is dumb: "I have yet to recover from Trump's shock that women go to the bathroom"

"I don’t have to spend money to make Donald Trump look dumb. He does it all by himself!" 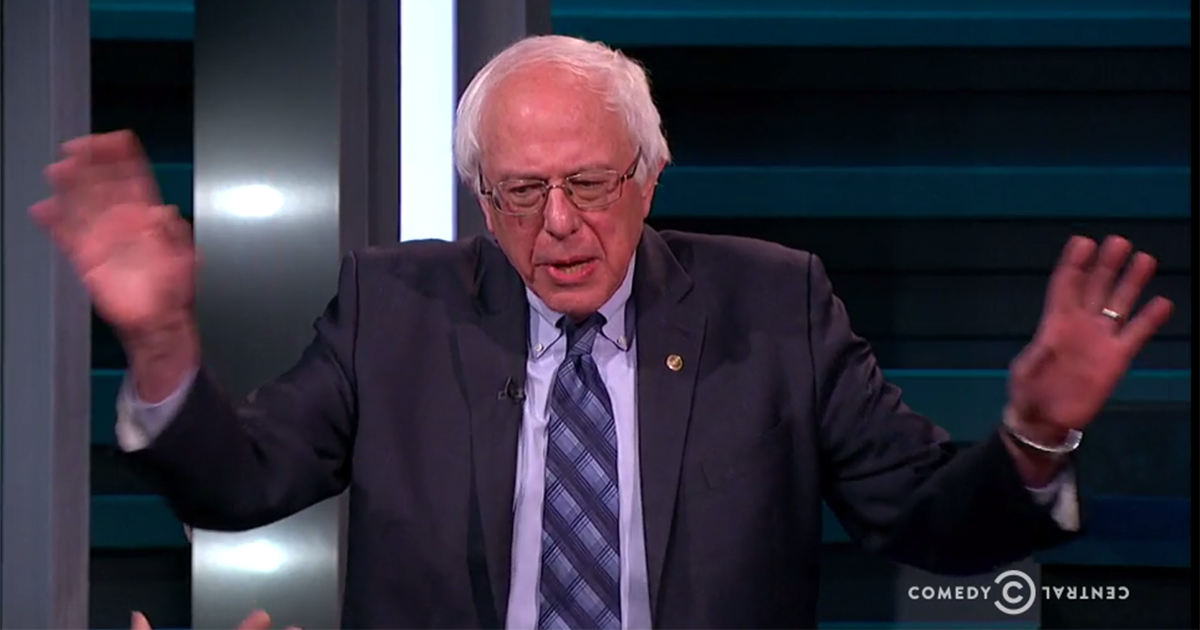 Four months ago, presidential candidate Bernie Sanders did an awkward "soul food sit-down" with "Nightly Show" host Larry Wilmore, and Tuesday he was back on the show to beat up on the GOP. Sanders walked out on stage claiming to take credit for the anti-Trump skywriting during the Rose Bowl Parade. "Here’s the story," Sanders began. "I don’t have to spend money to make Donald Trump look dumb. He does it all by himself!"

Wilmore went on to say that it seemed like Sanders was winning all of the "top-secret" debates, referencing the fact that the DNC scheduled debates when no one would be watching. "That last one was like at 3 a.m. on Christmas eve on like CSPAN 4," Wilmore joked. "Who do you think is more against you, the Republican Party or the Democratic Party?"

"Well, we are taking on the establishment," Sanders said with gusto. "And I think it is fair to say, I’m not the candidate of the establishment." Sanders also highlighted the fact that he voted against the Iraq invasion while Hillary Clinton voted for it. Sanders says that as president he would avoid "perpetual warfare in the Middle East."

Then it got interesting. "How do you 'schlong' someone," Wilmore asked Sanders referencing the term Donald Trump coined to refer to Hillary Clinton's loss in the 2008 Democratic primary.

"I think you'd have to ask Donald Trump for an explanation of that. I don't know the answer to that," Sanders said. "I have yet to recover from Trump's shock that women go to the bathroom. I'm still recovering from that, so 'schlonged' I haven't figured out."

Check out the full interview here:

Watch Sanders on the panel here: