No one's talking about land use: Regardless of what the Bundys think, we still need the feds controlling public lands

The Malheur standoff is the latest in a long-running battle over Western land use. Here's why we all should care 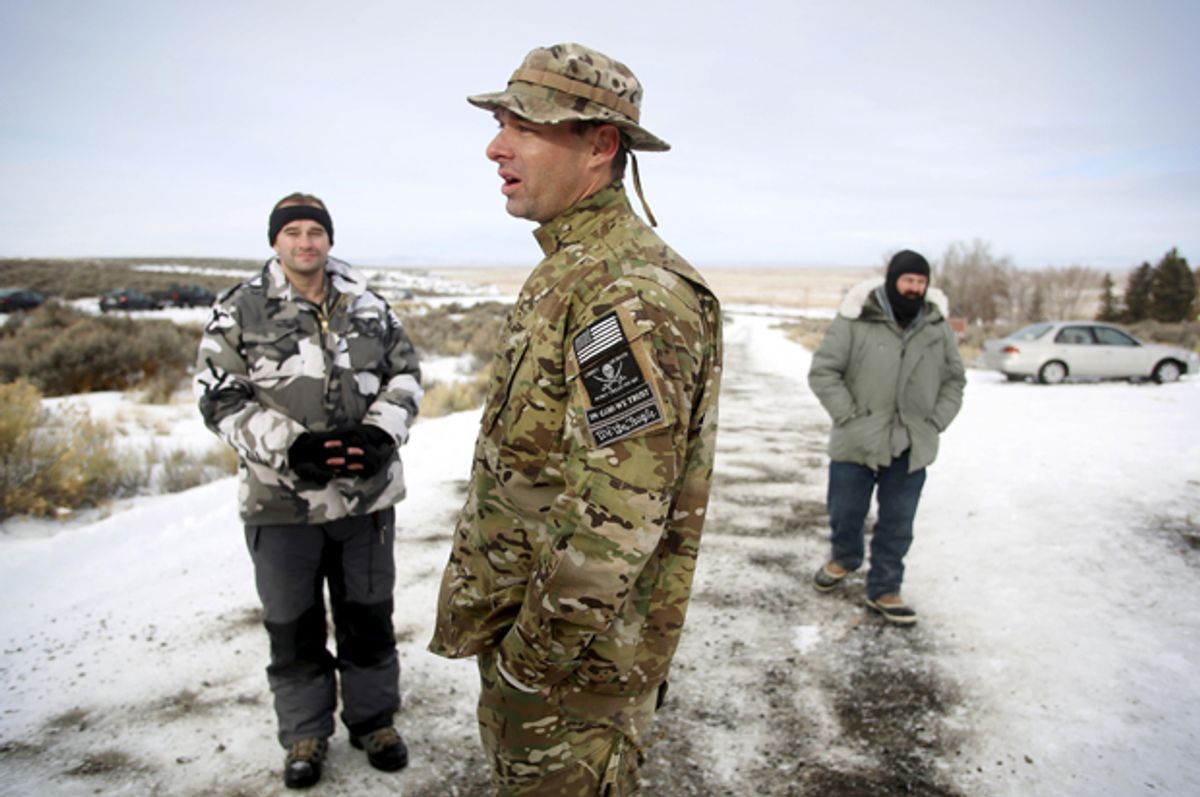 Since I first heard about the takeover of Malheur National Wildlife Refuge by a group of militiamen against federal land management, I have been reading and stewing. The occupation of the refuge has gotten people talking about a range of interconnected issues: increasing right-wing extremism, what we do or don't define as terrorism, racial double standards, and the eyebrow-raising legal process behind the resentencing of the Hammonds for the arson they are accused of committing. All of this is important and worthy of discussion. But far fewer people seem to be talking about the concrete issues underlying the situation, the deep-rooted land use battle of which the Malheur standoff is only the latest iteration.

Western publications like High Country News have had excellent coverage (and HCN has been covering the Sagebrush Rebellion thoroughly for decades). But these publications don’t necessarily take the time to explain why we should care about land use issues in the first place because they would be preaching to the choir. Meanwhile, knowing that these issues don’t matter much to the majority of their audience, the mainstream media barely covers them at all, focusing instead on the more sensational aspects of the news at hand.

I mentioned this gap to a friend, who, like me, lives in New York City. In the process of working on a book about the land surrounding Moab, Utah, I’ve spent a lot of time both enjoying the public lands of the West and learning about the conflicts surrounding their use, and I have become inordinately invested in answering the question of what balanced use would look like. Why, I asked my friend, was no one talking about land use?

“Most people don’t care as much about land use as you do,” she gently reminded me.

“Well, they should,” I replied, “because it matters.” Here’s why.

The Bundys have been up in arms about where their cattle can and can’t roam, and their father, Cliven, owes more than $1 million in grazing fees. And the Hammonds are being punished for setting fire to public land. If you live in some other part of the country—in, say, a bustling East Coast city—what do ranching restrictions and arson have to do with you? The short answer: The land use regulations that the occupiers of the Malheur Refuge are fighting go far beyond where cattle can roam. How we use our land determines what comes out of it in the form of extracted resources, which then affects so much else, from what kind of air we breathe to how many earthquakes we experience--not to mention our changing climate. It would not be a stretch to say that caring about land use means caring about the fate of our planet.

In his “Wilderness Letter,” Wallace Stegner wrote that we need to preserve wilderness “even if we never once in ten years set foot in it.” Wild lands, according to Stegner, are important “simply as an idea.” But land use is about much more than what land we preserve as wilderness, or even what land we set aside for recreation and enjoyment. While wilderness is indeed valuable, there is plenty of non-wilderness public land whose fate matters just as much.

Though the Malheur Refuge is run by the U.S. Fish and Wildlife Service, the main target of the Bundys has been the Bureau of Land Management. Under the auspices of the U.S. Department of the Interior, the BLM manages more land than any other federal agency: close to 250 million acres, or about one-eighth of the land in the United States. The BLM is tasked with “sustain[ing] the health, diversity, and productivity of the public lands for the use and enjoyment of present and future generations.” But “use and enjoyment” is not as simple as it sounds: The agency has a multiple-use mandate, rendering many of its lands zones of continual compromise and negotiation. The 1976 Federal Land Policy and Management Act (FLPMA) mandates that the BLM “manage public land resources for a variety of uses, such as energy development, livestock grazing, recreation, and timber harvesting, while protecting a wide array of natural, cultural, and historical resources.”

Paradoxically, the frontier myth lies at the root of beliefs on both ends of the land use spectrum. Stegner wrote that the frontier gave us “hope and excitement.” We can pass that down, he said, “but only so long as we keep the remainder of our wild as a reserve and a promise—a sort of wilderness bank.” Yet that same frontier mentality motivates Sagebrush Rebels like the Bundys: Back when the West was wild during the 19th century, federal land was up for grabs.

The Sagebrush Rebels argue that this federal land should’ve belonged to the states to begin with, according to a clause under the Doctrine of the Equality of States, which says new states enter the union “on an equal footing with the original States in all respects whatever.” Several Western states were required to disclaim their sovereignty over unappropriated lands when they became states, and the Sagebrush Rebels have never gotten over it. This is why they continue to demand the "return" of federal land to the states—though that would necessitate the land once having belonged to the states, and it never really did.

When the Bundys and the rest of the group occupying the Malheur Refuge talk about their displeasure with the federal government, this is what they are talking about. The government is controlling land that they feel should be theirs to use as they wish. So the next time you hear about the Bundys blasting the federal government for injustice, imagine the challenges of managing “energy development, livestock grazing, recreation, and timber harvesting, while protecting a wide array of natural, cultural, and historical resources” on a swath of land—and then imagine trying to do all that while disgruntled ranchers brandishing guns denounce your authority.

Stegner was right: We need wild lands. But we also need a variety of other kinds of lands, covering all of those uses. As long as we eat meat, the Bundys’ cattle will need to graze somewhere, though hopefully not on land we’ve chosen to protect from their impact. As long as we drive cars and enjoy the rest of our fossil fuel and precious metal-based technologies, mining will need to happen somewhere, though hopefully not on land we’ve chosen to preserve for its less tangible resources. And while the federal agencies controlling public lands might not be perfect, we need them to keep doing their best to keep all these uses in balance, regardless of what the Bundys or their followers have to say about it.