Now you can worry: Trump's in it to win it, so it's time to drop fantasy that his campaign is all for show

With two bold new moves, Trump's campaign shows once and for all that it is no joke. The Donald wants to win. 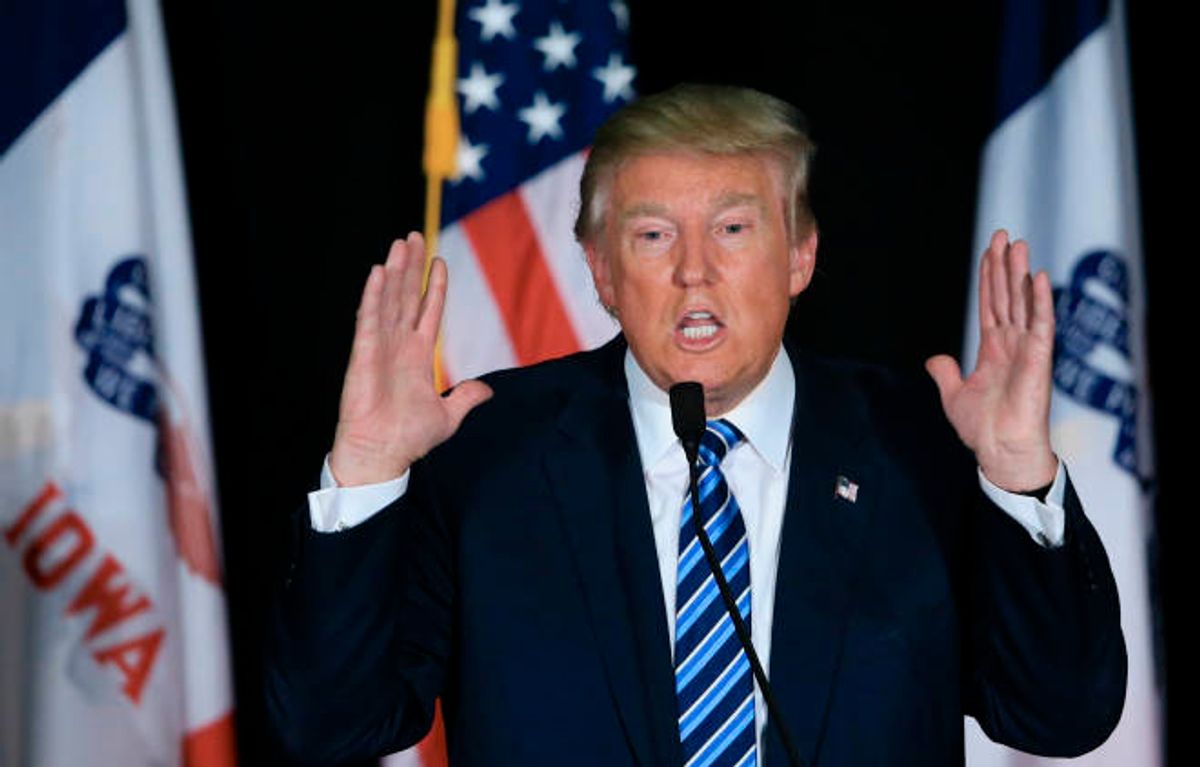 For most of the second-half of 2015, whether Donald Trump’s presidential campaign is “serious” (definition: unclear) was arguably the question of American politics.

Slowly but surely, more and more commentators began to realize that the answer was yes. Donald Trump’s presidential campaign was “serious” — at least in so far as “serious” was equivalent to “capable of winning.” The national polls showed it, the state-level polls showed it, the issue-based polling showed it. By the holiday season, elite endorsements, pricey ad buys, and an expensive big data/GOTV apparatus were the only usual components of a “serious” campaign that Trump 2016 lacked.

Those weren’t insignificant criteria, mind you. Barack Obama’s two presidential election campaigns showed, without question, that voter analytics and GOTV could be difference-makers. And as political scientists tell us, it’s often the case that the candidate with the most elite endorsements is the candidate who ultimately wins. So if you were still inclined to dismiss Trump — like Vox’s Ezra Klein, for example — you had some ground to stand on, even if it was shrinking a little more every day.

But that was then and this is now. And while it’s still early, there have already been two major developments within Trump’s campaign that, taken together, suggest the GOP poll leader is about to cross the last two emblems of a campaign’s “seriousness” off of his list.

You probably have heard about the first one, which is the release of Trump’s first bona fide campaign commercial. It wasn’t the first video the Trump campaign put out — they spent much of 2015 getting attention with cheeky Instagram clips — but it was the campaign’s first television ad. Even more importantly, Trump announced he was going to actually spend millions of dollars to ensure voters in Iowa and New Hampshire saw it. ($2 million per week, if Trump is to be believed, which he isn’t.)

The second and far more important development, meanwhile, was made public by a recent Politico report, which claimed that Trump was not only spending money on a big data/GOTV apparatus — but that he’d been doing so for months already. The details about the program were admittedly fuzzy; none of the major operators involved agreed to speak on-the-record. But as Politico rightly noted in its report, the implications of Trump’s investment were clear:

[T]he very existence of the Trump data program undermines the assumption that his campaign is uninterested in ― or unaware of ― the basic technological infrastructure needed to identify and mobilize voters. Such tools, used so effectively by Barack Obama during his two presidential campaigns, could be especially critical for Trump as he seeks to increase turnout among new or untraditional GOP voters.

So what would you call a campaign that is leading the national polls, the state-level polls, the issue-based polls; that is flush with cash; that is a rallying point for an activist (and activated) die-hard base; and that is spending real money on ads, data, and getting out the vote? I’d call that a “serious” campaign, personally. A serious one, indeed.