Stephen Colbert solves Oregon standoff: "Frankly, it's a bit of a sausage fest" 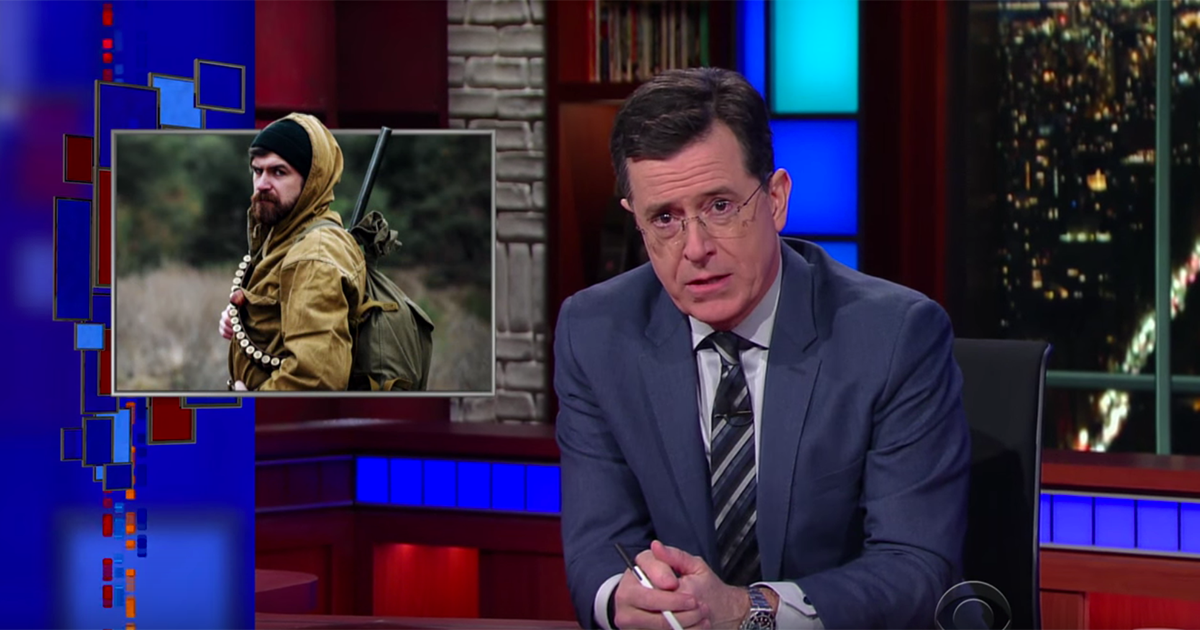 When armed militiamen were led into a standoff in Oregon by Ammon Bundy, the right-wing extremists expected a huge battle but what they've got has been nothing but ridicule from everywhere, including even Fox News. The government response hasn't been anything like Ruby Ridge or Waco, it has been more like, "meh." It's hard to be taken seriously as a domestic terrorist these days with ISIS beheading people and throwing them off roofs and Al Queda bombing stuff. That's why Stephen Colbert has a solution.

On Tuesday night's "Late Show" Colbert proposed turning the federal wildlife sanctuary where the men are "occupying" into a habitat for "confused, fragile, heavily armed creatures need somewhere to live where civilization won't upset them," Colbert said. "They're clearly endangered, although it's hard to know exactly how many there are because their camo is so good." Colbert said that there is also no hope of establishing any kind of breeding program because "frankly, it's a bit of a sausage fest." Clearly, the men weren't all that well prepared either, since they're already calling out for people to send them snacks. Note that the anti-government militiamen are asking you to send the snacks via United States Postal Service. Colbert hilariously proposed sending the men a truckload of Oreos since he has access to the "Oreo phone." Hey, if the government is going to wait them out, maybe a perfect way to solve the problem is just to have them eat themselves to death on Oreos.

Check out Colbert's mocking in the video below: