Trevor Noah cheers Bundy standoff: When militants "voluntarily exile themselves at a frozen campsite in the middle of nowhere," it's a win-win 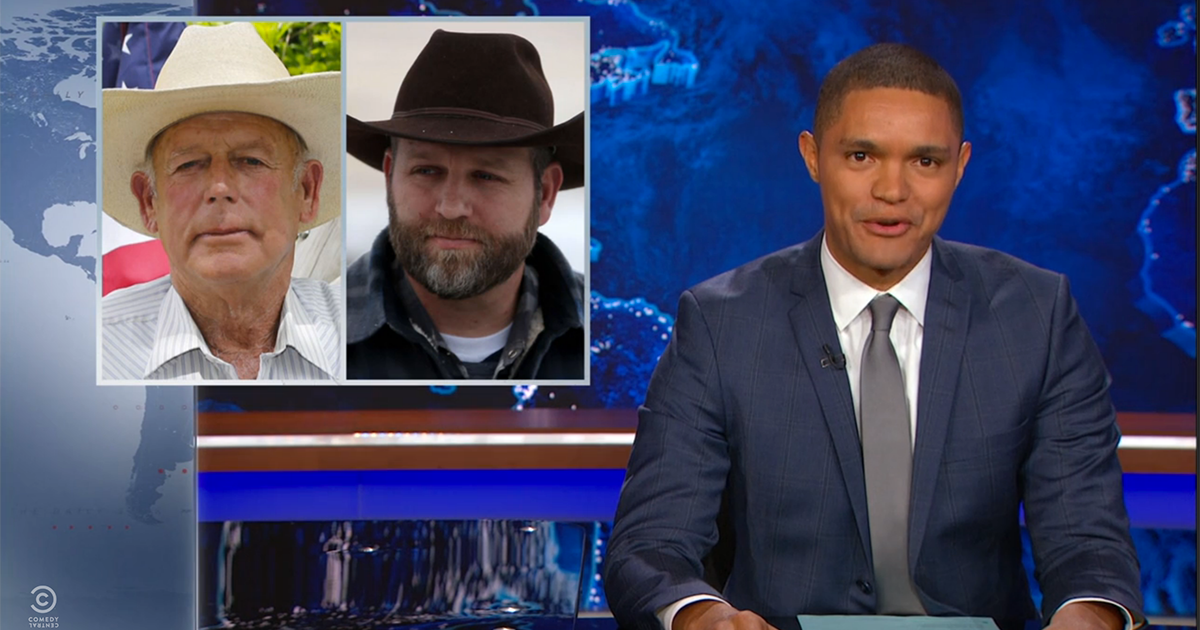 The Oregon standoff or siege or whatever we're calling what the right-wing extremists are doing has been raging for several days now. It happens at the perfect time to be brutally and hilariously mocked by late-night comedy show hosts and "The Daily Show" is the latest.

"I knew there was a time difference between New York and Oregon but I didn't think it was 150 years," host Trevor Noah said about the backward ways f the Bundy family. Noah says that the standoff might be exciting news but that the back story around the issue is extremely boring. That's why the show broke things down for the average American who doesn't know anything about land disputes, treaties, or federal law.

"It is a time of turmoil in Oregon. Rebels have occupied a wildlife refuge center in the Malheur sector. They demand the evil federal government release two local arsonists from what they believe are excessive prison sentences, and return the surrounding lands to local control. Which are ballsy demands for people who've basically taken over an office building. It's not like they captured a nuclear weapon or something. At most, they captured one of those Keurig cup things. Currently, the rebels prepare for a government attack and the final battle for freedom and liberty. While the government waits for the rebels to get tired and go home..."

Noah says he empathizes with the militiamen because "no one really likes the government. They make us pay taxes, they make the DMV as unpleasant as possible and they don't even let us bring nunchucks on planes." Noah says the real story is that in 1934 when Oregon ranches were going bankrupt so the government stepped in and bought their failing land which it eventually turned into a wildlife refuge. "Which sounds like sweet tyranny to me," Noah said. "Giving people money for their worthless shit."

The idea of having all of the militants of the United States join the Bundys in Oregon is a brilliant idea, Noah says. "They want to get all of the nation's militants and militant sympathizers to voluntarily exile themselves at a frozen campsite in the middle of nowhere and then stay there for as long as it takes. It's a win-win people."