What's missing from “Making a Murderer”: How the riveting documentary’s flaws actually fuel its popularity

If the hot Netflix series doesn't stand up to the same scrutiny of "Serial" and "The Jinx," maybe that's the point 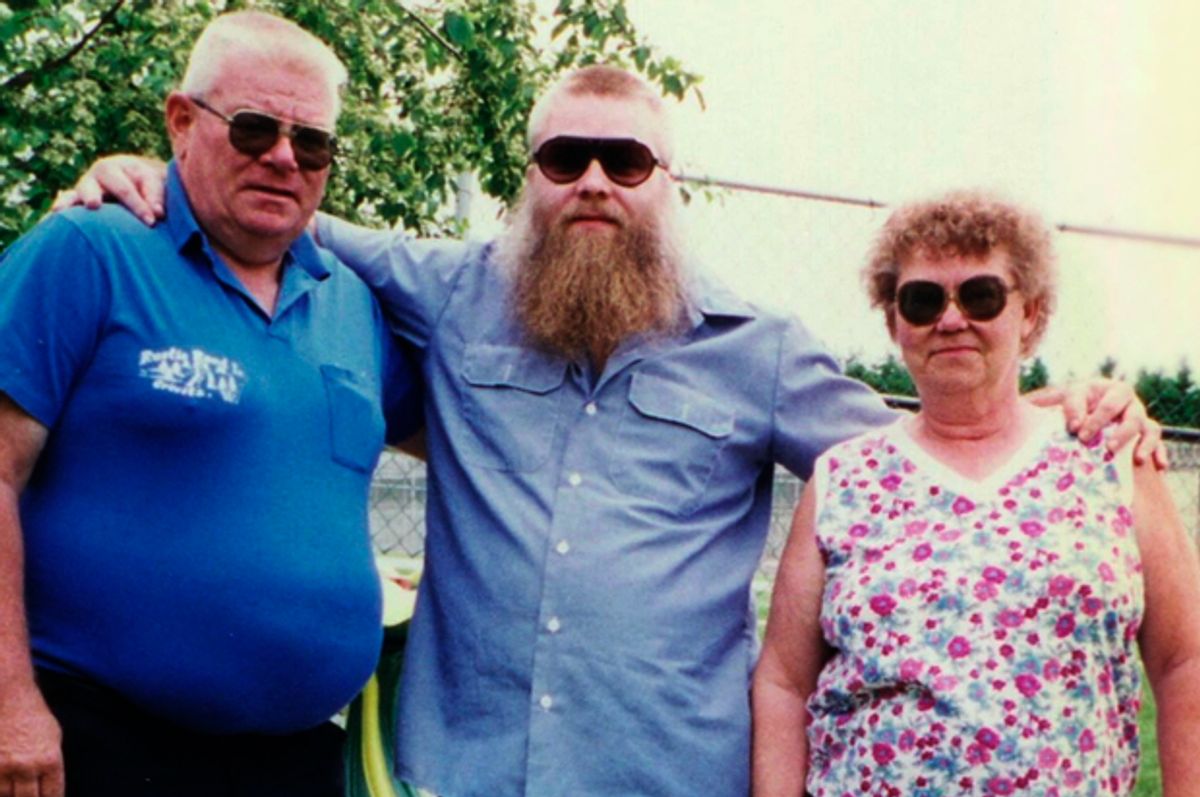 Over the course of the last two weeks, “Making a Murderer,” Netflix’s original docuseries about the incarceration of 53-year-old Wisconsin resident Steven Avery, has become something of an underground hit. Netflix released the series on Dec. 18, teeing it up for holiday binge-watching, and the gambit paid off; starting yesterday, the first full week of 2016 has been peppered with speculation, appreciation and discussion of the docuseries and the real-life case it is based on.

When I first wrote about the series last month, based on watching just the first two episodes, I misunderstood the premise of the series; “Making a Murderer” is about the particular fallibility of the courts system, not incarceration. Specifically, Steven Avery’s life is dominated by three court cases—two where he is the defendant and one where his nephew Brendan Dassey is the defendant—and the docuseries spends several hours focusing on the arguments and processes of just one of those cases, the 2006 trial against Avery for the rape, mutilation and murder of photographer Teresa Halbach. “Making a Murderer” reveals the trial to be a breathtaking display of police and district-attorney misconduct, as Manitowoc County law enforcement go well out of their way to pin Avery for the crime despite any and all evidence to the contrary. That includes planted evidence, tainted evidence, coerced confessions, memory manipulation and, when that fails, outright lying. “Making a Murderer” excels in uncovering the frustrating, warped details. The most riveting moments of the docuseries are in what should, by all rights, be nothing but dry courtroom back-and-forth; “Making a Murderer” makes Avery’s defense lawyers, Dean Strang and Jerry Buting, into careful, brilliant, avenging heroes as they steadily chip away at piece after piece of the prosecution’s flimsy case.

The listening and viewing public have shown quite a bit of interest in true-crime stories that inspire some audience-led legwork, and “Making a Murderer” is no exception. “Serial’s" success was followed closely by “The Jinx,” and though both are very different forays into true crime, the element of real-life investigation made both riveting. Netflix’s “Making a Murderer” is one of a few documentaries and docuseries trying to capitalize on the fervor of audience fact-finding and truth-seeking; Discovery’s “The Killing Fields,” debuting tonight, is another, and while Ryan Murphy’s upcoming “American Crime Story” is a scripted series, it aims for the same sweet spot — the first season will be "The People v. O.J. Simpson." Reddit has become a hotbed of amateur investigation into the Avery case, and Change.org petitions are circulating asking for pardons for Avery and his nephew Brendan Dassey, based on the narrative of the docuseries.

And yet, I think “Making a Murderer” does not quite hold up to the same pressure that “Serial” and “The Jinx” were eventually subject to. “Serial” was created by the same team behind long-running public radio standby “This American Life,” and was hosted by journalist Sarah Koenig. A significant feature of the podcast is that Koenig’s narrative style includes self-questioning and reflection, tempered by humor (“Sometimes, I think Dana isn’t listening to me”). Plus, in the latter half of season one, Koenig directly addresses issues that the audience brings to her attention, like the racial component of the friendship between Adnan Syed and Jay Wilds. It’s not perfect, and “Serial” was the subject of much discussion, but it was difficult to fault Koenig’s dedicated investigation, even if you did not agree with her conclusions. “The Jinx,” meanwhile, was almost the opposite; it was a highly personal and particularly artful docuseries—one that very well might not have existed in the form it did if the producers hadn’t stumbled into Durst’s ramblings on a live microphone after his final interview with Andrew Jarecki. What it has in common with “Serial” is that strong central narrator, in the form of Jarecki, as primary interrogator; Jarecki’s conversations with Durst are the equivalent of Koenig’s phone calls with Syed—intimate, unstable and rife with dramatic tension. One gets the sense in both “Serial” and “The Jinx” that the truth led the fact-finders into unexpected directions—whether that is the envelope reading “Beverley Hills” or Syed telling Koenig, “I mean, you don’t really know me.”

“Making a Murderer” lacks that sense of central storytelling, and as a result is neither quite as artful nor quite as comprehensively investigative as either “The Jinx” or “Serial.” Instead what comes through in the Netflix series is agenda; the series took 10 years to make, as filmmakers Laura Ricciardi and Moira Demos were essentially embedded with the Avery clan from the 2006 trials and onward. Yet despite this range, the docuseries struggles to frame its chilling details into a strong sense of the big picture. For example, Manitowoc County’s methods are clear, but its motives are vague, at best; there are a few garbled threads about a vendetta against the Averys and digging in their heels about paying Steven Avery $36 million in restitution, but it never quite resolves beyond making the authorities cartoonishly evil. The 10 years working on the documentary does not appear to have offered the context of a decade, or further investigation on the case; if Manitowoc County assumed, ridiculously, that Avery and Dassey were guilty right from the start, “Making a Murderer” sees no reason to look past their innocence.

Which is odd, because both filmmakers profess to not be sure about what really happened to Teresa Halbach. In an interview with NPR, Ricciardi and Demos describe their process and experience with nuance and passion, and it’s regrettable that the nuance, at least, does not make it through to “Making a Murderer.” The filmmakers spent two years living in Wisconsin and working with the Averys, and describe the film as an attempt to reveal not the truth of the case but the flaws in the process of the justice system. Personally, I find it difficult to read the miniseries as being about anything except exculpating Avery and Dassey—the final episode ends with Avery narrating how he is going to continue fighting for his freedom and Dassey reading an open letter protesting his innocence. And yet Pajiba, via Reddit, has already uncovered a whole trove of evidence that, if even partly corroborated, casts quite a bit of doubt on the “Making a Murderer” narrative of the events of Oct. 31, 2005. What really matters, probably, is whether or not the courts process is reliable, but “Making a Murderer” focuses elsewhere, spending a great deal of time interviewing family members and playing up both Avery’s and Dassey’s gentle-heartedness. It ultimately weakens the documentary’s reliability, even if in the short-term, it’s brought in more signatories onto the Change.org petitions.

And yet it’s entirely possible that the holes in “Making a Murderer’s" narrative contribute to even more avid truth-seeking from the true-crime aficionados following the story. The latter half of “Serial” was far less interesting than the first half, after all, when all of the questions were still left so tantalizingly open. The fact that puzzle pieces don’t quite fit together is an immediate kind of dramatic tension for the viewer; more than anything else, it suggests a future where the puzzle pieces could fit together perfectly, even though further investigation in nearly every true crime story produces not clarity but, instead, endless complexity.

More practically—and perhaps more to the point—the plot holes might be paving the way for a season two; Netflix’s chief content officer has said he sees not the first episode but the whole first season to be a pilot, of sorts. With its odd hiccups in pacing, missing pieces and episode-long focus on a blood vial that goes nowhere (I swear, I am still so confused by the blood vial) what “Making a Murderer” feels like to me, above all, is unfinished. A second season might lock this fact-finding mission into place—revealing the personality and comprehensiveness that its current season, to my mind, so tantalizingly lacks, through the simple mechanism of getting enough people interested in the case that Wisconsin is forced to reopen it.