I can beat Trump! Bernie rips Clinton talking point about his chances of beating GOP

Sanders points to polls showing he can win election. But what happens when the GOP targets him is another story 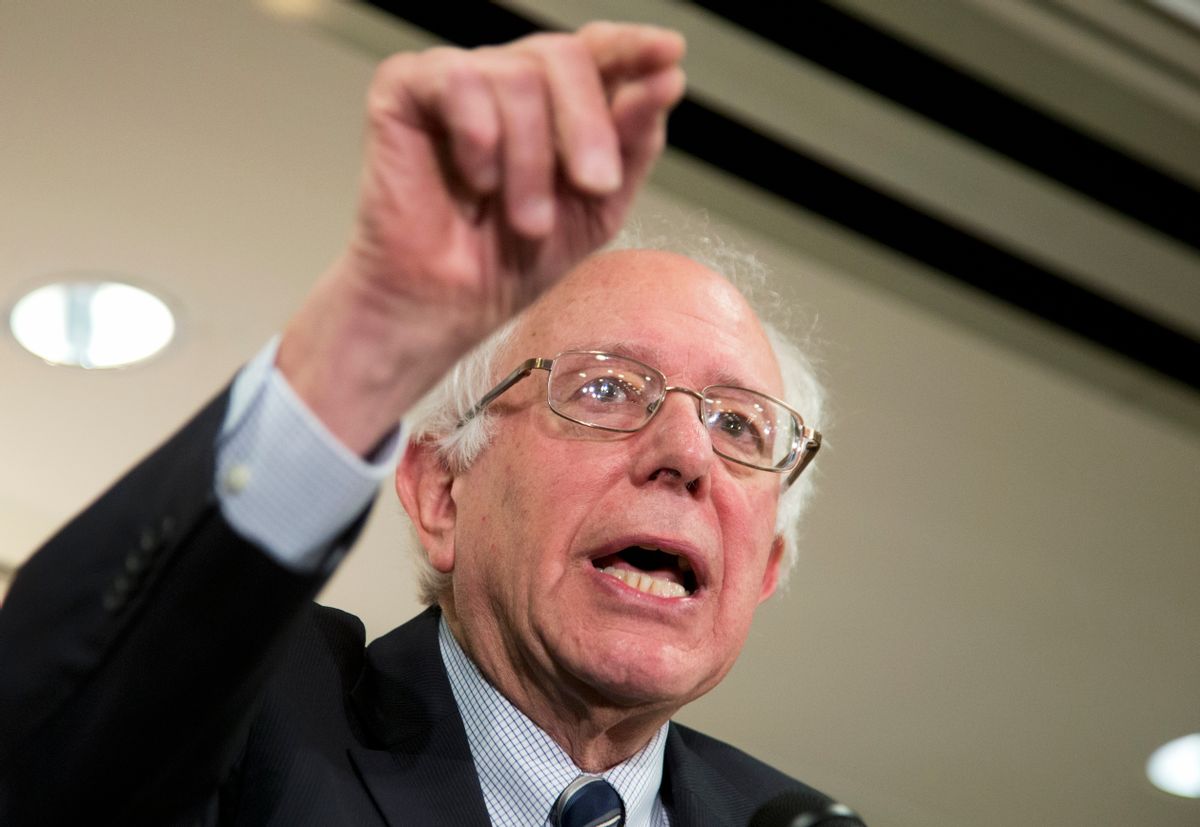 It's become something of a truism that Hillary Clinton is more electable than Bernie Sanders. Even among Democrats, this trope persists. In an interview on ABC's “Good Morning America,” Sanders pushed back, pointing to his head-to-head poll numbers against leading GOP candidates.

George Stephanopoulos asked the Vermont senator what he thought of the assumption, echoed by the Clinton campaign, that he can't win a general election. His response was straightforward:

“Well, I would suggest that Secretary Clinton look at the last Quinnipiac poll, which has me leading Trump by a significantly higher margin than she does, and that's true of other polls as well...I think we can do better against Trump or other Republicans than can Secretary Clinton...The No. 1 reason I think is that the issues we are talking about, the disappearing middle class, massive levels of wealth and income inequality, the fact that Wall Street's greed has had a huge impact on the lives of millions of people. People want leadership now to stand up to the big-money interests, protect working people. That's what I've done my whole life.”

Sanders has a point. According to the latest Quinnipiac poll, he is doing considerably better in head-to-head surveys against Trump, the clear Republican front-runner. Currently, Clinton is leading Trump 47–40, while Sanders tops Trump 51–38 percent. Against Cruz and Rubio, arguably the second and third most likely Republican nominees at this point, Clinton is comparatively stronger, although not by much. Sanders trails Rubio 42–45 and is essentially tied with Cruz, receiving 43 percent to Cruz's 44 percent. Clinton is even with Cruz (tied at 44 percent) and leads Rubio only by 1 percent (44–43).

These numbers are closer than most imagine, and there are reasons to think they'll continue to narrow in the coming weeks and months. Clinton may well be the safer general election candidate, but Sanders' message is resonating, and the grass-roots excitement his campaign is creating is very real. And in any event, he's energized the Democratic base in such a way that Clinton will need something beyond the general election narrative to sway primary voters.

It's worth noting, though, that Sanders hasn't received nearly as much scrutiny and attention as Clinton has over the years. She has been a political pinata for decades. Republicans have lobbed every attack imaginable at her, and she's still standing — that counts for something.

Sanders, on the other hand, has been in politics for a long time, but he was never a prominent national figure. He has yet to earn the sustained ire of the right-wing propaganda machine, as Hillary has. That ought to trouble Democrats because, fair or not, Bernie will make an easy target. He self-identifies as a Democratic Socialist, a term most of the country doesn't understand and is thus ripe for demagoguery. And while Sanders can – and has – explained how mainstream Democratic Socialism really is, the term “socialism” remains hopelessly loaded and misunderstood.

So far the Republicans have focused mostly on Clinton, as she appears to be the most likely nominee. Sanders name is scarcely mentioned at the Republican debates. Should things change, or should Bernie win the nomination, the fear-mongering and distortion from the right will be overwhelming. Sanders could still win a general election, particularly against Trump or Cruz, but I suspect the race would be closer than the current polls suggest.