Republicans once said they weren't as heartless as they seemed. Now they seem worried they're not heartless enough 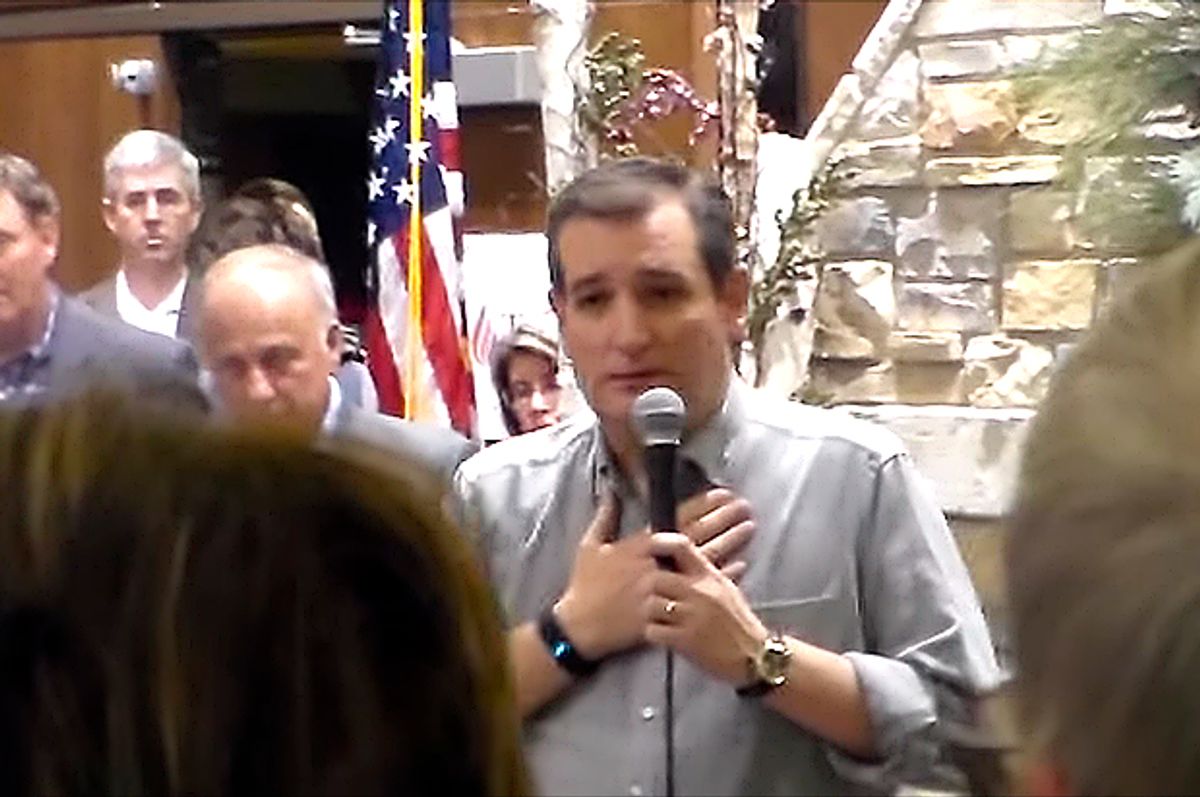 If you’re left of center (and if you’re reading Salon, I think it’s fair to guess that you are) you won’t want to do what I’m about to ask of you — but stick with me and do it anyway.

Take your mind back to the halcyon days of American Empire, when the economy was humming, wages were growing, crime was dropping, and the nation was at peace. It was a time before Facebook, before Twitter; before iPods and iPhones and Chrome and Google Glass. It was a time when you were still supposed to like Bill Cosby; a time when a reference to “nine-eleven” presumably meant someone was trying to call an ambulance or the cops.

Yes, I’m asking you to return in your mind to the year 2000, when life — for many Americans, at least — was better, politics was nicer, and everyone was coming to terms with the fact that the new Star Wars movie sucked. Why am I asking you to do this? Not because I want to relive those days, myself (I was 9 at the time; I assure you that I do not).

Rather, I want you to turn the clock back to 2000 in order to remind yourself of a concept that is not only all but forgotten in our politics, but is, with every new cycle, beginning to look increasingly absurd. It was called “compassionate conservatism,” and it was, we were told, the game-changing, barrier-breaking P.R. coup of a generation, one that would put Republicans — and a Bush, no less — in the Oval Office once again.

Compassionate conservatism was always much more of a branding exercise than an actual political philosophy (though it does have some roots within American right-wing Catholicism). Its purpose, generally understood, was to allow its main office-holding proponent, Texas Gov. George W. Bush, to distinguish himself from regular conservatism, which at the time was largely associated with former House Speaker Newt Gingrich.

Now let’s fast-forward to 2016. The Republican Party’s presidential frontrunner is Donald Trump. The candidates are fighting over who is going to be “strongest” on all manner of moochers — the young and the poor, of course; but especially immigrants. Compassion is not part of the equation. In fact, it’s a hindrance: One of Jeb Bush’s biggest “gaffes,” as far as many Republicans are concerned, was calling immigrating to America “an act of love.”

This is the context in which you need to understand this video, which garnered some attention on Thursday when it was posted to Twitter. It shows Sen. Ted Cruz, the candidate most likely to supplant Trump — at least in Iowa, where the video was shot — responding to a question from a so-called “dreamer” (an undocumented immigrant who was brought to the country by their parents at a young age and effectively grew up as an American).

Her question, in essence, was whether Cruz, if he became president, would try to have her deported. It’s a question that other dreamers have asked other Republican candidates — and one that GOPers are generally loathe to answer, because the “right” answer for a Republican primary electorate is the exact opposite of the “right” answer for the American electorate, at large. But Cruz, perhaps to his credit, didn’t shirk from answering.

He told her, in so many words, that he would indeed want to deport her. Not because doing so would do either her or the United States any good, but because, he said, she had broken the law. He tried to do this while adopting the soft, plaintive, “I-feel-your-pain” pose that countless politicians have tried in the years since Bill Clinton made it into an art. But the takeaway — yes, I will deport you — was clear all the same:

Ted Cruz looks a young woman brought to the US as a child in the eye and tells her he’ll deport her. It’s chilling. https://t.co/n6onPPT3FI

This, by the way, is why Democrats would be nearly as excited to see Cruz win the GOP’s nomination as they would be if the nominee were Trump. Because what this clip says to millions of Latinos and Hispanics is, quite simply, that they are not welcome in Ted Cruz’s United States of America — even if it is the only country they’ve ever really knows; even if they did nothing wrong.

That’s what “conservatism” means in the Republican primary. Compassion was once sold as a feature. But those days are over; now it is a bug.