Rahm Emanuel's smoking gun: Why a new bombshell could end his career — for good

Chicago's mayor has long been suspected of lying about his knowledge of the Laquan McDonald killing. Is this proof? 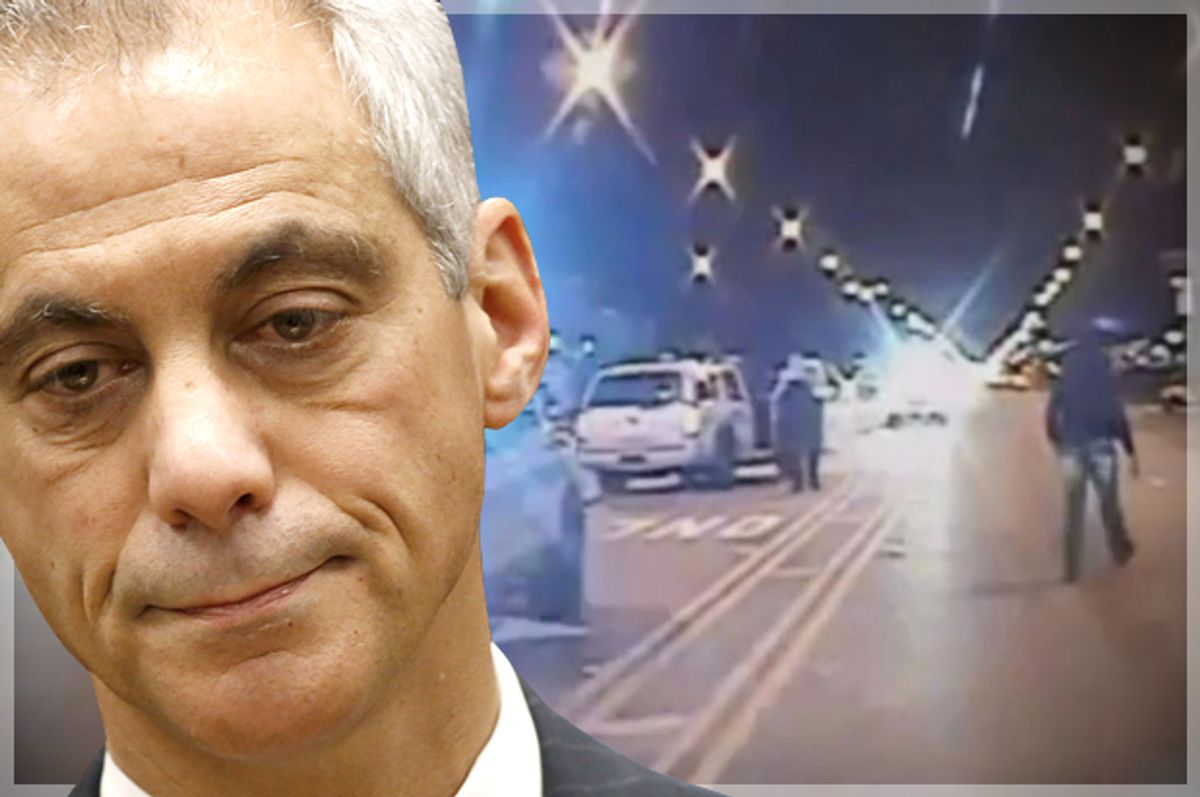 It’s been a long time coming — decades, in fact — but it’s starting to look like karma is finally, finally catching up to incumbent Chicago mayor and longtime political operator Rahm Emanuel.

According to a potential blockbuster Daily Beast report, contrary to what Emanuel and his supporters have been saying for the past few months, the mayor was indeed briefed on the now-infamous dash-cam video of a 17-year-old and unarmed African-American, one Laquan McDonald, being shot some 16 times by Jason Van Dyke, a white former Chicago cop. Additionally, one the city's lawyers involved in the case was given screenshots of the video.

Why is this so potentially damaging — career-ending, really — for Emanuel? Not just because he seems to have repeatedly lied about the video. Politicians lie with regularity, after all. But because it means Emanuel was briefed about it before McDonald’s family was offered $5 million by the city government to, essentially, shut up.

This was in late-2014, when Emanuel was fighting for reelection and facing an unprecedentedly strong challenge from his left, in the person of one Chuy Garcia. And although Garcia was able to force Emanuel into a run-off (which, in the often almost neo-feudal milieu of Chicago politics, was shocking enough), Emanuel ultimately prevailed. Many in Chicago, however, believe the election could’ve turned out quite differently — if the video of McDonald’s slaying had been public.

Now, the Daily Beast report is not responsible for introducing this theory/conspiracy into the ether. Observers of Chicago politics, Rahm Emanuel — or both — have long doubted that the famously micro-managing and control-freaking mayor could be remotely as clueless as he’s put on. As a widely-read recent New York Times Op-Ed argued, the whole saga around the McDonald killing has always had a strong whiff of a cover-up.

What the Daily Beast report does seem to have accomplished, however, is finding the “smoking gun.” Because if this reporting is solid, then the thin reed of reasonable doubt upon which Emanuel’s career has hung for the past few months — well, it’s just snapped. As reporter Justin Glawe writes:

City of Chicago lawyers, after meeting with Mayor Rahm Emanuel, demanded the Laquan McDonald family bury the video showing the killing of their son by a police officer.

Emanuel said last month that Stephen Patton, Chicago’s corporation counsel, briefed him “towards the end of March” about what the dashcam video showed and about the proposed $5 million settlement with McDonald’s estate. After that briefing, Patton’s second-in-command, Thomas Platt, drafted settlement language to keep the dashcam video hidden for at least several years, according to emails reviewed by The Daily Beast.

(The report provides a PDF of the emails, which you can read here.)

So will this be the end of Rahm Emanuel? I don’t think anyone knows for sure. He isn’t facing another election for years. If he wanted to, he could try to grit his teeth and hold on. But the cries for him to resign were getting louder by the day already; and this latest revelation makes it that much easier for his opponents to argue that his latest election was basically crooked. Whatever was left of his legitimacy, in other words, is shot.

(Editor's note: An earlier version of this story incorrectly stated Emanuel had seen the video)