"When it comes to the five stages of grief, we're really good at the denial part, but then we skip to acceptance" 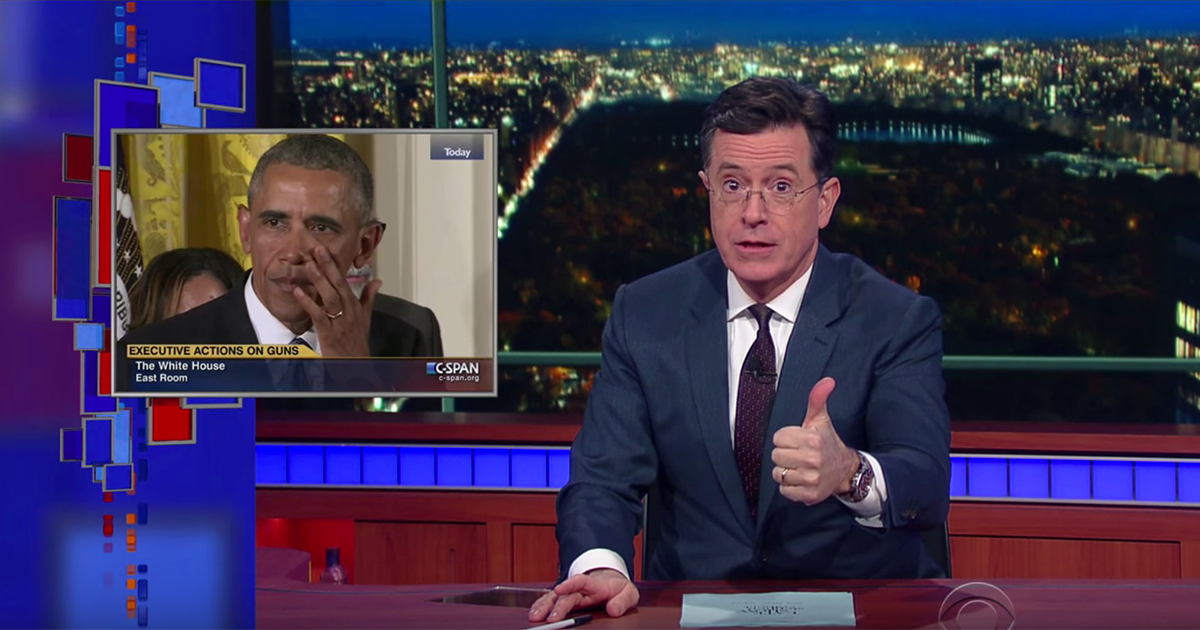 When it comes to mass shootings the United States Congress has been much ado about nothing. Sympathies are expressed, but actions are few. That's why Stephen Colbert is grateful that President Obama is actually doing something to help curb gun violence after a year with a record number of mass shootings.

On Wednesday night's "Late Show" Colbert said, "on the issue of guns someone should show some emotion" referencing Obama's tearful press conference Tuesday. "Every time there's a mass shooting opponents of gun control say we shouldn't take action while we're emotional. We have to wait until we've had the proper time to grieve. Now, grieving means going through the five stages: Denial, anger, bargaining, depression and acceptance. We're really good at the denial part, you know how much we eat. But then we skip directly to the acceptance. A week later we're like, 'hey, have you seen the new Bachelor? How's he going to do deal with the twins?'"

Colbert said that the president has gone through the five stages, particularly when it comes to bargaining with Congress to do something. But what the president did Colbert called only a "gentle hailstorm of fiery reminders" because it was only clarifying existing laws and the penalties for them. That makes him less of a guy going rogue kind of president and more like a "life-guard-in-chief."

It's all better than what we've been doing up until this point, which Colbert said is nothing. "Doing nothing leads to something and that's acceptance. Acceptance that nothing will ever be done. But if enough people do something, even if it does nothing, maybe someday someone will do something that will do anything. And wouldn't that be something."

Check out the rest of Colbert's take below: