As racism and Islamophobia have surged in the U.S., so too have the health problems experienced by those targeted 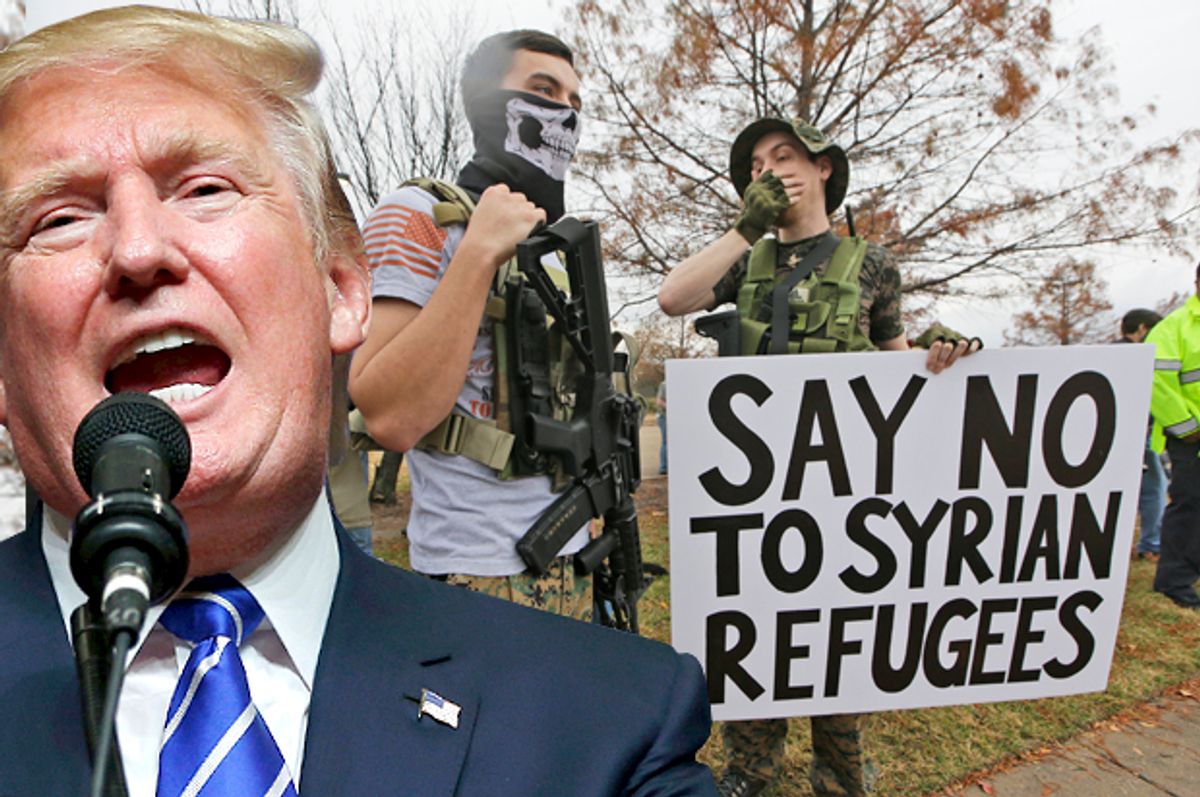 Many Americans responded to the September 11th attacks with increased political intolerance against Muslim communities, prejudice and discrimination against those communities, even a desire for violent retribution. That cycle is repeating again with the confluence of the attacks late last year in Paris and San Bernadino, a widespread Syrian refugee crisis, and the volatile rhetoric coming from American presidential candidates.

In the wake of such terrorist incidents, although generally only the ones committed by people of color, Americans target these reactions at groups that are not directly responsible for— but who shared some symbolic connections with — the attackers. This phenomenon, known as “displaced aggression” occurs when the perpetrators cannot be punished directly and people lash out against those perceived to be similar in some key way.

Indeed, mere moments after news of the Paris attacks broke in November, the Internet exploded into piques of Islamophobic racism. Without knowing any details, people speculated wildly -- many presuming, falsely, that the violence was a result of an influx of Syrian refugees to France.

Often we focus on the physical violence and hate crimes that Muslims, Sikhs and South Asians (those perceived to be Muslims) face in the U.S., and given the gravity of these problems, we should. But there is another important question: What happens inside? What is the toll on the human body, when it has to wade through racism every day?

Social epidemiologist Nancy Krieger calls the phenomenon "embodied inequality.” Essentially, the data show that those who experience disproportionate inequity and discrimination also experience disproportionate illness, disease and suffering. In the U.S., race and inequality are tied, and so, in matters of health and wellness, communities of color embody that inequality disproportionately. Discrimination has been shown to increase the risk of stress, hypertension, heart disease, breast cancer, and mortality. The rates of infant and maternal mortality for women and babies of color -- black women and babies more than others -- are staggering. This correlation between race and health is more than coincidental; many of these studies suggest that it is causal.

The mental and emotional tolls of microagressions, prejudice, and outright discrimination are known to increase the rates of PTSD,depression and overall poorer mental health outcomes.

Since the spike in Islamophobia and violence against Muslims after September 11, 2001, researchers are just beginning to explore the kind of toll that Islamophobia can take on the mental and physical health of Muslim Americans. Muslims in America are a diverse group. Making up 0.9 percent of the population, there are about 3 million Muslims in the U.S.

A 2012 study in the Journal of Muslim Medical Health, shows that amongst the most prevalent expressions of bias are the messages that all Muslims are affiliated with terrorists and that they are violent and evil people who  should not be trusted.

Ramón Grosfoguel, Professor of Ethnic Studies at University of California, Berkeley, writes about “epistemic Islamophobia.” This is a kind of racism against Muslims and Islam that is hidden in plain sight. Grosfoguel writes,

“Epistemic racism and epistemic sexism are the most hidden forms of racism and sexism in the global system we all inhabit, the 'Westernized/Christianized modern/ colonial capitalist/patriarchal world-system.' Social, political, and economic racisms and sexisms are much more visible and recognized today than epistemological racism/sexism.”

Negative assumptions about Islam and Muslims have become part of the air we breathe -- in our politics, in our news coverage, in so much of the social and cultural messages and media we consume. This is causing severe and lasting harm to Muslims in America, and those around the world.

Muslim women’s experiences are critical. A 2013 study in the United Kingdom focused on of Muslim women who were victims of an Islamophobic attack. Researchers found that nearly all of the women “expressed feelings of humiliation, anger, sadness, isolation, and disgust.” Another 2012 study in the journal Social Psychiatry and Psychiatric Epidemiology found that Arab Americans reported significantly higher levels of anxiety and depression compared to other minority groups. A young woman in Australia writes,

“During the September raids in Sydney last year, I didn’t leave the house for three weeks straight. Living by myself at the time, my paranoia increased and my anxiety flew through the roof. I consumed all the propaganda on the news and the death threats sent to my community on social media sites.”

As though vying to be the poster child of such un-interrogated and unsubstantiated hatred, Donald Trump is running an effective media strategy. While out on the campaign trail he takes opportunity after opportunity to say the most outrageous thing possible that reaches into the core of the Republican party’s base -- a group of Americans who are suffering an allergy to the shifting American demographics - to scratch their itch for messages that validate and confirm their anxiety. The messages coming from Trump and many other members of his party are clearly implicated in creating and preserving Islamophobia in the U.S.

The cost is great. The violence against innocent people continues, and in some cases is even valorized. Hate crimes against Muslims continue. The harassment continues. The ignorance about who Muslims are and what Islam teaches continues as well. In the face of this, entire communities are battling to be heard, battling to challenge the stereotypes, serving as ambassadors of their faith, whether or not they are religious, while struggling against the twin scourges of invisibility and hypervisibility. And through all this, battling to survive the physical and emotional toll it all takes.