“Like hearing that someone roofied Bill Cosby”: Trevor Noah dissects the hilarious irony of the Ted Cruz birther movement

"The Daily Show" host confessed that he "didn't know that this sh*t could happen to Republicans as well!" 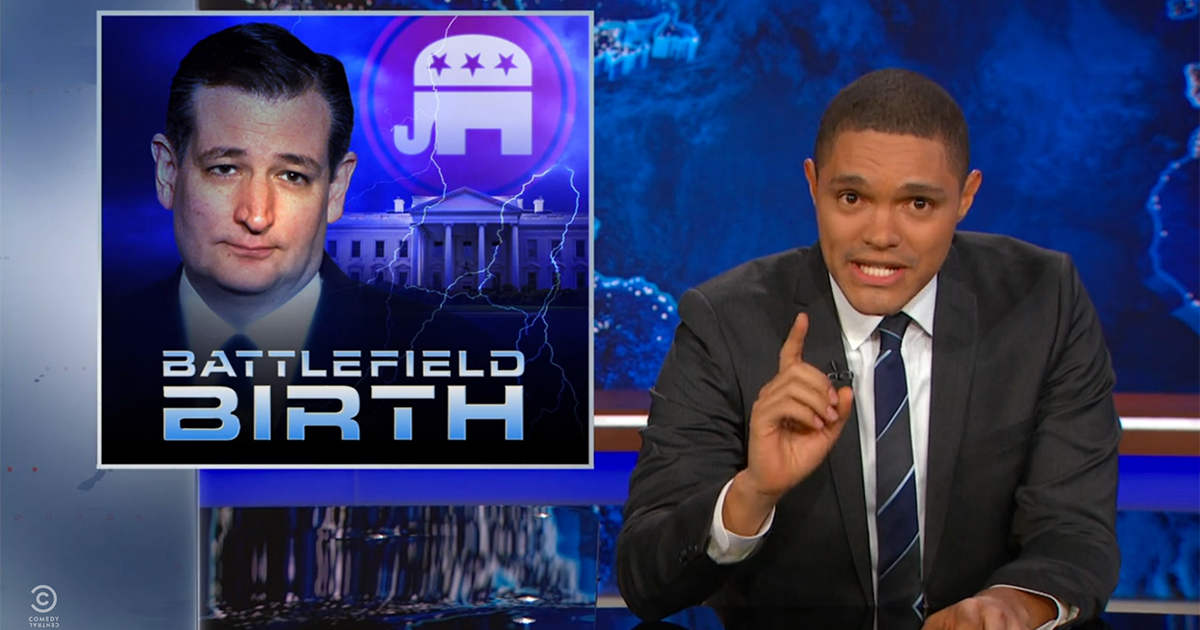 Trevor Noah told Thursday's "Daily Show" audience how much loves American politics because it includes everything from tragedy to comedy. Like that one time America punked Al Gore who won the election but they wouldn't let him take office. "What a great prank!" Noah laughed.

"But my favorite story of all," Noah explained, "is the inspirational one of a young senator: the son of an American mother and a foreign father, he graduated from Harvard Law School and dreamed of being president, even though, let's face it, people, he wasn't born in America. That's right, we're talking about Ted Cruz."

Cruz has been fighting back legally and against the press when it comes to questions about his eligibility of actually becoming president. It's an interesting development since he doesn't support much in the way of compassion to immigrants. "This shit is insane!" Noah exclaimed. "No, you gotta understand, because I didn't know that this shit could happen to Republicans as well! I thought Republicans were the ones who do this and not the ones who get it done to them." Welcome to the fascinating world of Republican Animal Kingdom, Trevor Noah. Be careful, they eat their own. "This, for me, is like hearing that someone roofied Bill Cosby," Noah said before doing a hilarious impression of Cosby blacking out.

"The controversy around Ted Cruz doesn't come from nowhere. It is rooted in the greatest documents of all time," Noah said. He quotes the Constitution which says that one must be a "natural born citizen" but never qualifies what exactly that means. "So, basically, when the Founding Fathers were writing the Constitution, their guiding principle was: 'this is our country's most important document. It will dictate how our citizens live for generations to come. Let's keep it vague.'"

Check out Noah doing the most epic pantomime of Trump digging a hole and burying Ted Cruz and Jessica Williams' special report in the videos below: