"Poor people lose": "Making a Murderer," reality television and our shared mythology of a classless society

"Making a Murderer" is a police procedural. It’s also that rare thing in American film: A story about class 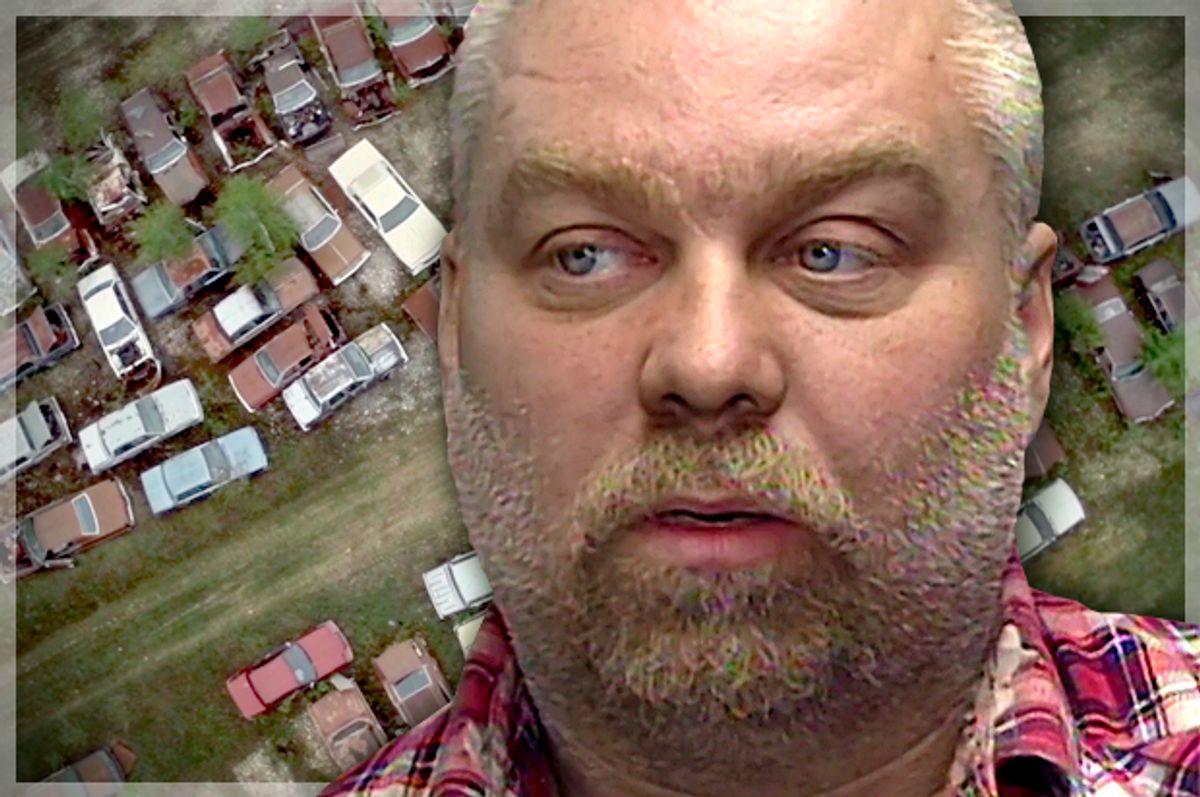 Over the New Year’s weekend, I binge-watched Netflix’s 10-part documentary series "Making a Murderer," which follows the remarkable case of Steven Avery – a man wrongfully convicted of rape and released after 18 years, only to be rearrested and convicted of murder. The filmmakers, Moira Demos and Laura Ricciardi, spent untold hours at home with the Avery clan, who live in a kind of family compound on their scrapyard in rural Wisconsin.

I see a lot of documentaries, but I’ve never seen one about people like the Averys. Watching, I was struck by how rarely a mainstream American film shows how poor people actually live. We see Steven’s mother frying hamburgers, talking on the phone, watching local news coverage of Steven’s trial while making soup. What makes these scenes interesting, even revelatory, is where they occur. Steven’s trailer, his parents’ modest house, look nothing like the set of a family sitcom or its contemporary equivalent, the “reality” show. If you spent your life watching television, you might reasonably conclude that all Americans live like Kardashians or “real” housewives. For poor rural folk, nothing could be less real.

"Making a Murderer" is an exhaustive, sometimes tedious police procedural. It’s also that rare thing in American film, a story about class.  For 10 hours, we are presented again and again with the visual contrast between the Averys and everyone else in the courtroom. The prosecutor and defense attorneys are dressed as you’d expect, as are the journalists, the victim’s family and most of the spectators. But Steven Avery’s father comes to court in stiff, brand-new denim overalls, clearly purchased for the occasion. Mrs. Avery wears a kind of flowered smock I haven’t seen since childhood, worn by the elderly ladies who worked in the kitchen at church suppers.

The Avery story is unusual in that it isolates the variable of class from the powerful, and related, question of race. "Making a Murderer" takes place in rural Wisconsin; like the police, the prosecutors and the victim, the Avery family is white. If the Averys were black, their story would become part of the current conversation – long overdue – about racial inequities in policing, the criminalizing of blackness. We’d have a language to explain why police were so convinced of Avery’s guilt, or why his girlfriend was harassed by law enforcement, or how his learning-disabled nephew was interrogated for hours without legal counsel. Micro-aggression, targeting, the culture of incarceration: because the Averys are white, none of these terms seems to apply. The closest we ever get to an accurate assessment of the forces at work comes from Avery himself in the third episode: "Poor people lose," he states simply when confronted with the new charges against him. It's hard to disagree. Yet the fact that we lack any larger language for talking about class cuts to some basic truths about Americanness.

American society is classless, a pure meritocracy: this is part of our shared mythology. My parents believed it. Raised poor, they joined the military, went to college on the G.I. Bill and became schoolteachers. They believed they’d made it, and in a real way, they had. They worked and saved, built a house, sent two kids to college – the sort of incremental mobility that was possible for poor white people (and, thanks to discriminatory lending practices, largely off limits to poor blacks).

In our part of the world, these were not small things. We lived in a little coal town in western Pennsylvania where a union job in the mines was a golden ticket. A miner earned twice what a schoolteacher did – at least until the early eighties, when a miners’ strike paralyzed the town for months. I started junior high in a brand new pair of Nikes of which I was deeply ashamed, because none of my classmates had new shoes. It’s an unease I’ve carried my whole life, the feeling of having been unfairly favored. I wasn’t the smartest in my class, or the most industrious. I didn’t deserve my sneakers, my education or (especially) my good parents, any more than the next kid did.

The coal mines are gone now, the good union jobs a distant memory. The fracking boom has brought trucks and heavy equipment, out-of-state workers and a windfall for tavern and restaurant owners, but so far hasn’t translated into employment for the locals. Wal-Mart is the biggest employer around. Yet even there, in the post-industrial Rust Belt, nobody wants to identify as working class, which seems like joining a losing team. Politicians understand this, which is why they’re always banging on about lifting up the middle class. It’s a basic truth about the American psyche: If you’re an out-of -work coal miner, if you’re stocking shelves at Wal-Mart or living on disability, you still consider yourself middle class.

Culturally, western Pennsylvania isn’t so different from Manitowoc County, where the Averys live. In this election year, many in both communities will vote for Donald Trump, a born-on-third billionaire who pivots around their sore spots. Formerly pro-choice, he’s now declared his opposition to abortion. He’s promised not to take away their guns. Trump’s stance on immigration is perfectly pitched to people who’ve lost their jobs and need a scapegoat, and his loud mistrust of Muslims plays well in communities that don’t have any. He understands how the national conversation about race sounds to poor white people: Black Lives Matter implies, to them, that their own lives don’t matter. Not because they’re racist (though some are), but because they too have been left behind – their communities gutted, livelihoods lost– and there’s no affirmative action for them.

This is how Trump has cast himself, however improbably, as a populist billionaire. Bernie Sanders sings to educated liberals, but when it comes to crossing the class divide, he lacks The Donald’s Sprachgefül. Candidate Sanders holds strong and apparently sincere convictions about economic justice, but he has no common language with the voters who might actually benefit from them. He speaks – frequently and unselfconsciously – about poverty, a word that, to poor people, is roughly as appealing as cancer. Trump’s promises may be as real as reality television, as real as the "Real Housewives," but these are fantasies poor people are accustomed to buying. In his own career as a reality TV star, Trump has played the irascible tyrant (You’re fired!), flexing the kind of power poor people will never experience except vicariously. (Working for an asshole is miserable, but watching one on TV is kind of fun.) Donald Trump has visited their living rooms; he has entertained them, and he does not shame them. He may be an asshole, but he’s an asshole they know.