"Is that a toy turtle in your pocket or are you just really bad at running for president?": Colbert asks Jeb 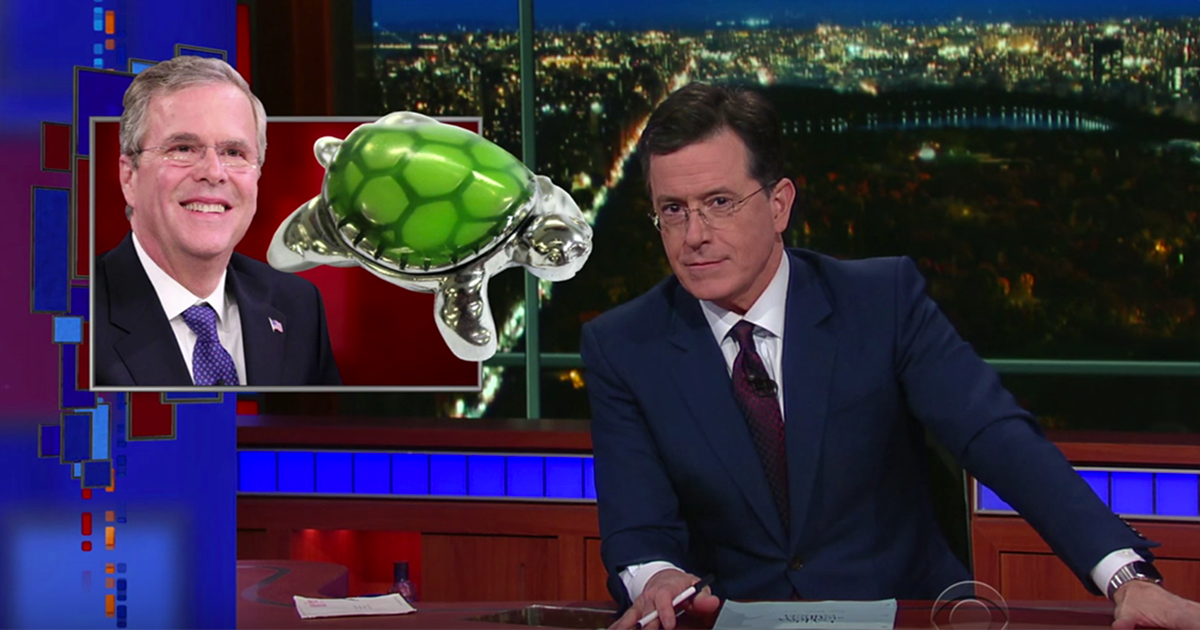 Stephen Colbert reminded us on Friday night's "Late Show" that the Iowa Caucuses are just three short weeks away. But the Jeb Bush countdown might take a little longer. He's still isn't giving up. While campaigning in New Hampshire this week, Bush gave a 13-year-old-boy a tiny toy turtle which he apparently keeps in his pocket.

“I’m not a grievance candidate,” he told a room of fans in Longwood, Florida earlier in the week. “I’m the tortoise in the race — but I’m a joyful tortoise.”

"I think we all know who the hare is," Colbert said flashing a photo of Donald Trump and his coif. It turns out Bush has a little baby Jesus, rosary beads and a pocket full of turtles. "Huh? You've got the baby Jesus in your pocket? Are you using your pants as a Nativity scene, sir? Are those the three wise turtles?" Colbert asked confused.

Check out the rest of the video below which also includes a hilarious bit of sciencing on Kim Jong Un's nuclear testing: