The big home ownership lie: Greed, fear and how the big banks exploited a human need

We derive a sense of security from home ownership. That makes us vulnerable to being screwed over — and hard 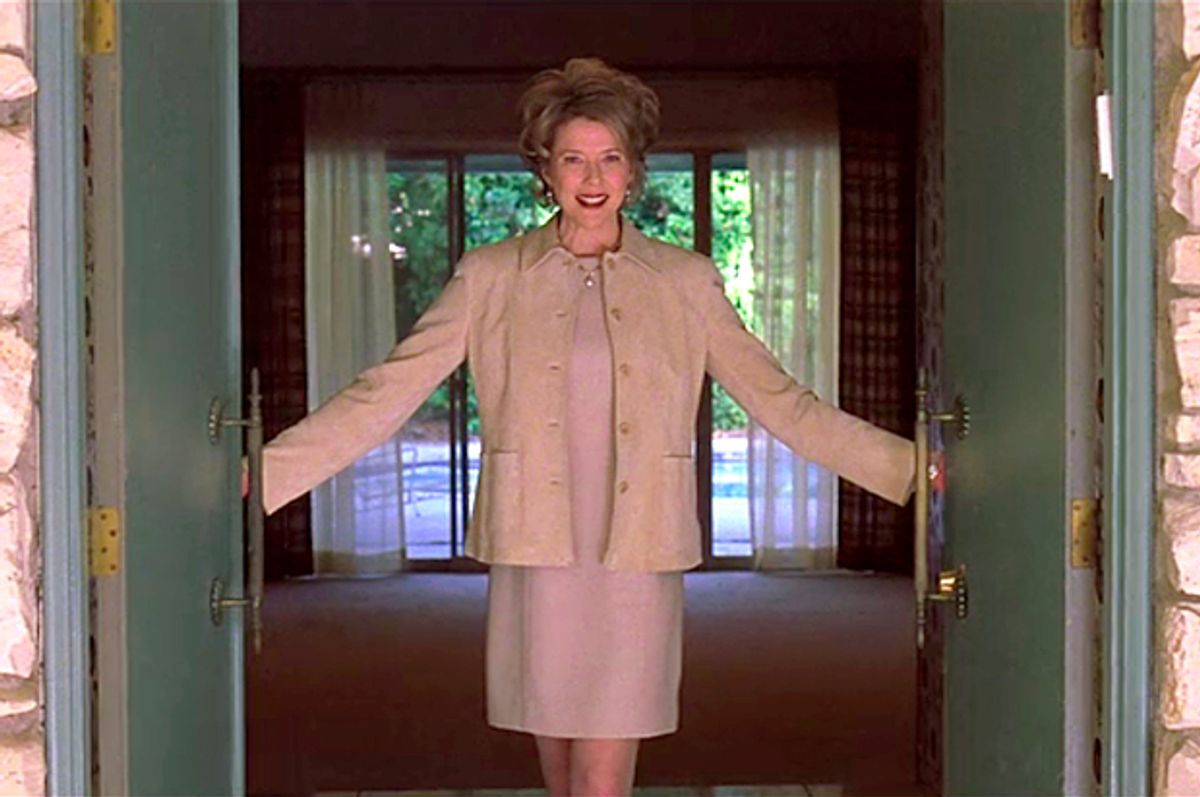 Excerpted from "Home: How Habitat Made Us Human"

The Home Ownership Meme Can Be Very Powerful

Most of us are familiar with the concept of the “internet meme.” Someone does something, say “planking” on a fast-food counter, and uploads a video of him- or herself doing this to a public or social media site. Other people see the video, emulate the activity, and post themselves doing this to even more sites. Before you know it, the activity has spread like an epidemic throughout the world. Another internet meme has been born.

Evolutionary biologist Richard Dawkins coined the term meme decades ago, but it really did not become a widespread meme itself until the internet age.15 Dawkins’s concept of meme was that it is an analog to gene—a replicator that is subject to natural selection and other evolutionary forces just as genes are, but in the cultural rather than the biological environment. Although memes spread through the cultural environment, competing with other memes and undergoing changes or mutations that make them more or less appealing, the ultimate selective environment for them is the human brain. This means that cultural memes that tap into the fundamental cognitive drives and preferences of the mind may be quite powerful and pervasive and important. For example, there has been much investigation of the evolutionary “memeplex” of religious belief systems, which are obviously of critical importance to our species as a whole.

I suggest that another very important meme, at least in the United States, the United Kingdom, and some other countries, is “home ownership is good.” This cannot be a particularly ancient meme, because home ownership is a concept that emerges from relatively modern capitalist economies. On the other hand, the notion that people somehow control and possess the structures (or living spaces) they inhabit is probably much more ancient. Indeed, the security and stability that are part of feeling at home likely derive from a sense of possession of a structure, if not ownership in a legal or economic sense.

From its founding, what with the emphasis on individual self-determination, it seems only natural that the United States would foster an ideology of home ownership. By owning their own property, farmers on the expanding frontier could be free of the feudal oversight of landlords and control their own destinies. Of course, farms are both home and business, which further encourages ownership on the part of their occupants. As historian Lawrence Vale has pointed out, by the second half of the nineteenth century, more and more Americans were living in towns and cities, and fewer were living where they worked. Nonetheless, the frontier mentality still held, and the idea of home ownership as a good, American thing remained common. Although only 7 percent of Bostonians were homeowners in 1880, that figure rose to 25 percent by 1900 and 35 percent by 1910. This increase was made possible by the development of new neighborhoods and suburbs away from the original city center.

At the beginning of the twentieth century, non-farm home ownership became a driving force in housing policy in the United States, at several different levels of government. Zoning laws and tax codes increasingly encouraged home ownership, and realtor and builder trade organizations began to promote home ownership as the apotheosis of American values. As Vale writes, “the home could be lauded as the superiority of individualism to anarchosyndicalism or other socialist or communist movements.” This all came together in an extraordinary promotional campaign launched in the early 1920s by the National Association of Real Estate Boards (NAREB), working with the US Department of Labor and other groups. The “Own Your Own Home” campaign made home ownership practically a patriotic duty. Not only that, home ownership was equated with manliness and power, the rugged frontiersmen of the nineteenth century reborn in the suburban bungalows of the twentieth. This campaign, along with other policy initiatives, consistently denigrated renting or tenancy, and offered little to address the plight of the slum-dwelling poor (who were in fact vilified). The government’s role in housing was seen to be only as a facilitator, not as a primary provider.

Undoubtedly, the “Own Your Own Home” campaign both shaped and reflected public opinion. We see that the ideology of home ownership present in the US housing bubble of the 2000s had deep roots, both in the culture and in decades-old government policy. In the United Kingdom, home ownership in the twentieth century has been seen as a foundation of democracy. Margaret Thatcher in fact hailed the “property-owning democracy,” and under her direction, two million government-owned residences were sold to private buyers. Since her time in the 1980s, successive British governments strongly encouraged home ownership. These policies had the dual effect of temporarily expanding home ownership while supporting an extraordinary rise in prices. For many years, this was not seen as bad news. As Faisal Islam says, “Housing is the only basic human need for which rapid price rises are met with celebration rather than protest.”

The power of the home ownership meme helped make some people exceptionally vulnerable to predatory lenders during the housing boom. There is nothing new about lenders who prey on the desperation of their clients: loan sharking has long been a cornerstone of organized crime, payday lenders and check-cashing services make their money on people who need their money sooner rather than later, and pawnbrokers have been around forever. But lenders for buying houses are different, or at least they used to be. To paraphrase one British banking executive, during the sub-prime lending boom, it was as if mortgage lenders changed from being like doctors, with the best interests of the client (at least in terms of the ability to actually pay for a loan) at the forefront, to being like bartenders, plying customers with more and more whether or not they could handle it. Statistics during the housing boom in the United States showed that subprime loans were most common in the most overheated housing markets of California, Florida, Nevada, and Arizona, where they accounted for between five and ten new mortgages per one hundred housing units in 2005. Subprime loans were also disproportionately concentrated in zip codes with larger African American and Hispanic populations.

To be in a position to obtain a mortgage, even a subprime one, buyers usually have some income and are almost certainly not homeless. They are far from hitting economic rock bottom; although they may be poorer or have worse credit than average, they are not conventionally financially desperate. During the boom, the vulnerability of subprime borrowers to their lenders was not based on an immediate need of financial rescue or resolution. Instead, they were seduced by cheap credit, or at least money that looked cheap (remember money illusion), and the possibility of substantial financial gains in a booming housing market.

Prey become vulnerable to predators for all sorts of reasons. It would be easy to blame greed for why borrowers took on more than they could handle, but I suspect that fear was also an important factor. For poorer first-time buyers and those whose bad credit had kept them out of their own house, the booming real estate market would make the prospect of joining or rejoining the ranks of homeowners seem ever more distant. We have seen that the home ownership meme is very powerful and pervasive—to not be a homeowner is to not be a full participant in democratic society. The fear of not ever being able to own a home, to be permanently priced out of a market, is a great motivator to buy now.

Some regions of the United States, such as the large urban centers of the Northeast, have long accepted renting as an acceptable and realistic alternative to home ownership. It is perhaps not surprising that the subprime crisis was not much of a crisis in these regions. Instead, it hit hardest in the Sun Belt states, with geographically expansive real estate markets and an abundance of new home construction. These areas also have more migration into them—they make up some of the new frontiers of American life. The home ownership meme may be more powerful in these areas, and the failure to live up to it more acutely felt. The idea of home ownership is culturally constructed, but the power of feelings related to home runs much deeper. They affect our emotions, which in turn affect our ability to make decisions, financial or otherwise.

Excerpted with permission from "Home: How Habitat Made Us Human" by John S. Allen. Available from Basic Books, a member of The Perseus Books Group. Copyright © 2015. All rights reserved.

John Allen is a neuroanthropologist and research scientist at the Dornsife Cognitive Neuroscience Imaging Center and the Brain and Creativity Institute at the University of Southern California. He is also research associate in the Department of Anthropology, Indiana University, Bloomington. The author of several trade books and textbooks, Allen lives near Lexington, Kentucky.