When I wrote about hating kids, I expected a strong response, but nothing prepared for the Internet's ire 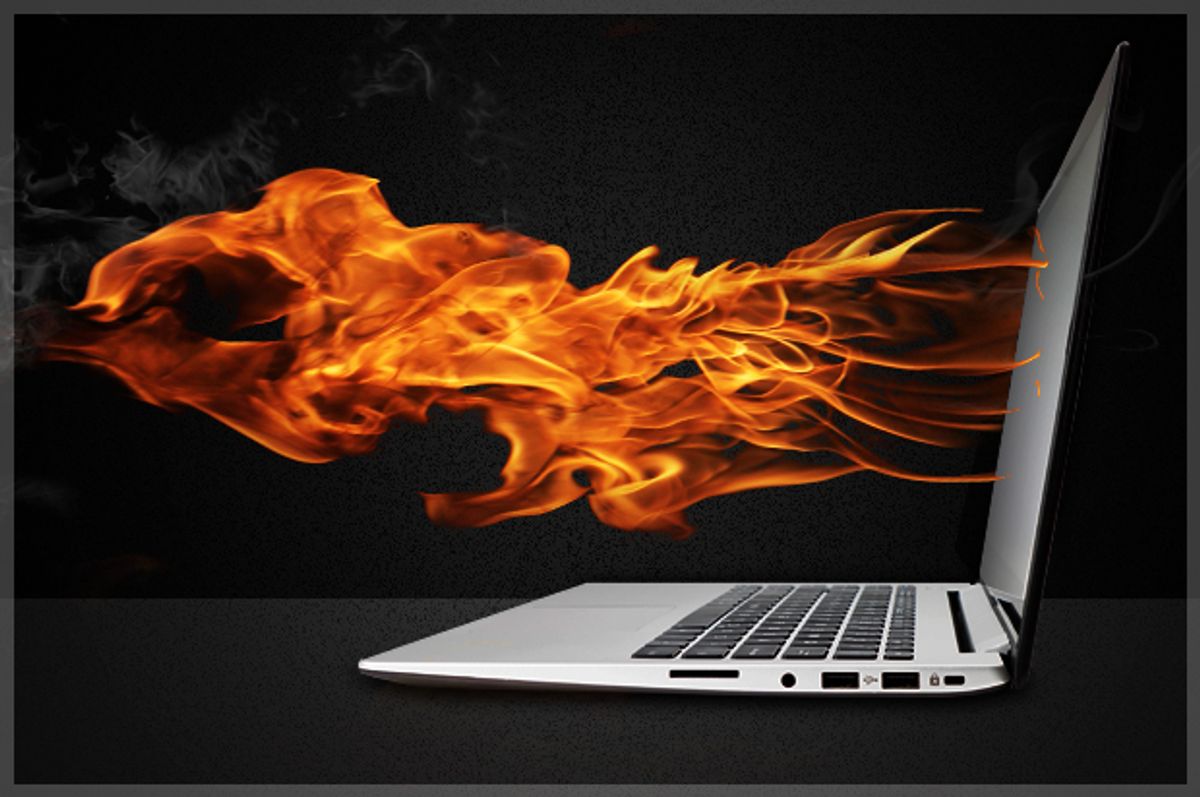 When I graduated from Columbia’s journalism school in May, I had no idea that my first brush with Internet (in)fam(y) would come just 24 hours later.

As I left the commencement festivities, still wearing my graduation gown, my father and I ran into Humans of New York photographer Brandon Stanton. As soon as he introduced himself, I immediately turned to my father, and said: “Dad, please don’t say anything stupid.”

My concern was not unwarranted: my father has, to put it mildly, the sometimes hilarious, sometimes humiliating combination of a quick wit, an off-color sense of humor and a lack of filter. (Dad’s response, much later: “But stupid things are all I know how to say!”) He was also completely unfamiliar with Humans of New York and its immense audience. The conversation that followed with Brandon was brief and, frankly, embarrassing, with my father and I both caught off-guard and tongue-tied, offering up the most vapid of clichés.  After a few questions, Stanton clearly realized the futility of his efforts, and said he’d like to use my opening words to my father, which he found “really cute” and which my family would agree pretty much sums up my father’s and my playful relationship. He then took our photograph, and we parted ways. (Once he was out of earshot, my dad remarked, “He must have thought we were a couple of blithering idiots.” C’est la vie.)

The following day, when the photograph and accompanying “Dad, please don’t say anything stupid” ran, the comments were overwhelmingly negative. Commenters accused me of being disrespectful and not appreciating my father; they assumed I was a petulant teenager; they predicted how much I’d regret my words following his eventual death. One commenter even falsely claimed to know me and my student debt situation. My parents and I got a good laugh out of these musings—my personal favorites took shots at my graduation gown, which some commenters apparently assumed was some sort of peculiar, cornflower-blue, muumuu-esque fashion statement—but the response stuck with me; it affirmed my technophobic belief that the Internet was a big, bad, scary place, even if it was one with which I, as a journalist, was poised to inhabit for the duration of my career. Shortly after the post went up, I emailed Stanton to express gratitude for the experience, apologies for our mostly unquotable quotes and surprise at the strength and nature of the Internet’s response. Stanton, in his reply, agreed and summed it up nicely: “HONYs comment section is one of the most positive on the internet.  But if there is a razors edge chance of anything being interpreted negatively, there will always be people in a crowd of 15 million that will find a way to do it.  And unfortunately those people are often the most vocal with their opinions.”

I kept this in mind when I offered myself up to the ire of the anonymous masses for my essay “I hate your kids. And I’m not sorry.” Though a negative response here was not at all unanticipated—in fact, my editor warned me ahead of time that I might want to refrain from reading the comments, though curiosity ultimately got the better of me—the pointed viciousness of the commenters was. Here I was accused of being a psychopath (I am not), of thinking no one should have children (I do not think this), of actively being cruel to them (I am not) or wishing them harm (which I state in the piece I do not). A few people were incensed enough to take their anger off the comment boards and into my inbox, or elsewhere on the Internet. A Mormon forum dedicated to “protect[ing] our children from…Alanna Weissman” sprang up. An article on the Belfast Telegraph’s site claimed I “let down the sisterhood.” People latched onto and read into the word “hate,” which I use in the colloquial sense, just as I profess that I basely, emphatically, viscerally hate onions (the hatred of which, thankfully, bears no social stigma). Even as the piece got thousands of likes and shares and—which I can only hope means it resonated with some people—I am, as I suspect is human nature, preoccupied with the unfavorable responses, even if out of fascination. Do I really care what masses of strangers care about me? As long as it’s just words on a screen, not really, though it’s always nice to be liked. So why did I read the responses? Curiosity was the biggest part of it, plus some desire for creative feedback, a vicarious thrill at watching debates unfold and probably a touch of masochism, too. (Though, it’s worth noting, my interest is not just in the responses to my own work; I parse the comments on every piece I read online—sometimes I even enjoy them more than the pieces themselves—even though I rarely comment myself.) At the root of it, I was trying to understand readers’ mindsets: I simply could not comprehend how my words, no matter how controversial, could prompt people to wish upon me a lack of livelihood, to veer into threat territory, to project psychological conditions onto me.

These experiences on Humans of New York and Salon underscore the stark differences between our real-world and Internet selves, not just on the part of the authors, but on the commenters as well. Those who comment on online articles, I assume, would never be so unkind in real life, without the veil of anonymity and the safety of a computer screen. Yet, when responding to one’s public persona—whether that be an author’s writings, an artist’s work, a celebrity’s personal life (all of which are, unlike most online comments, tied to real names and lives)—we immediately jump to conjecture and invective. The conclusions we draw are, at best, frequently ill-informed and incorrect—and, at worst, they can be devastating.

Justine Sacco, who lost her job after a poorly thought-out tweet, has become the poster girl for Internet ire, and she’s not the only one; in fact, the mass rage of Internet commenters and the life-altering consequences that follow have become commonplace enough that there’s now an entire book devoted to the subject. This phenomenon also represents a fundamental disconnect between online actions and real-world consequences, or at least the commenters’ perception of them. Most people probably don’t think too much about their comments after they post them; they probably amount to a few moments of outrage and effort thrown into the ether, followed by a short span of vindication and perhaps a rush of godlike omniscience before those thoughts, so powerful in the moment, are never thought of again. But with a few fleeting taps on the keyboard, someone’s reputation, career, even safety can be threatened, all because of a need to express anonymous, disproportionate rage. Which should lead us to wonder: Do we really want to potentially ruin strangers’ lives with our assumptions? Is our anger over someone’s joke or opinion so great that we want it to cost them everything they’ve worked for, and then some?

This is not to say that I regret any of the instances in which I have released my (evidently unpopular) opinion into cyberspace. Far from it—the experiences have forced my intensely private self far outside my comfort zone, and have helped me to develop a journalist’s requisite thick skin. Nor do I take offense at the commenters’ opinions or think they are wrong for expressing them. But I and those who know me in real life can’t help but notice the stark contrast between my actual self and the self conjured by commenters. I don’t doubt that if I were to meet some of the commenters in person, some of my defenders would be put off, and some of my critics would become my fast friends. And that’s the damning two-way street of Internet anonymity: it allows the commenters to hide, but it also leads to a fundamental distortion of personality that contributes to the nature of the responses, for better or worse, and leads to an interaction far different from one that would ever occur in real life.

Even under the pall of strangers’ backlash, my most pleasant memory from commencement day is not graduating, nor is it the heartwarming support from my family, friends and professors, nor is it meeting Mr. Stanton; it is of the perfect stranger who handed me a purple-wrapped bouquet of flowers through the turnstile of the 116th Street subway station as I departed for the evening. Though the bouquet was sparse and the petals browning and wilted, I was touched by the generosity of the gesture. It was an act of small, spontaneous, judgment-free kindness. And, whether on the Internet or in real life, we could all use some more of that.

Alanna Weissman is a recent graduate of the Columbia University Graduate School of Journalism.